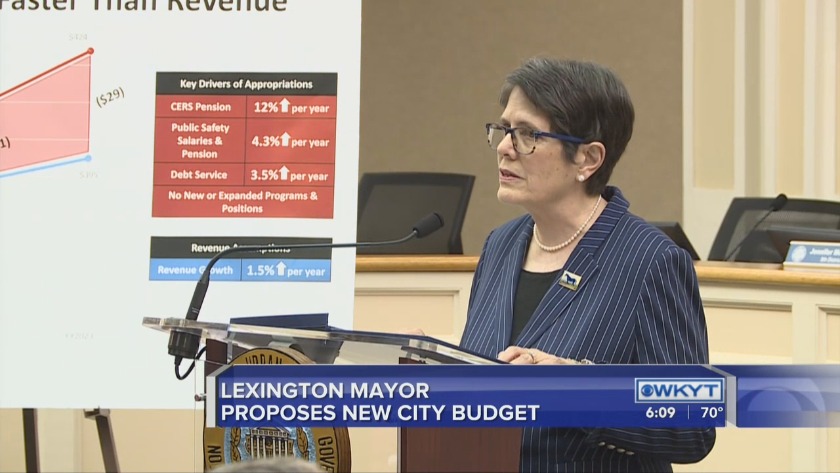 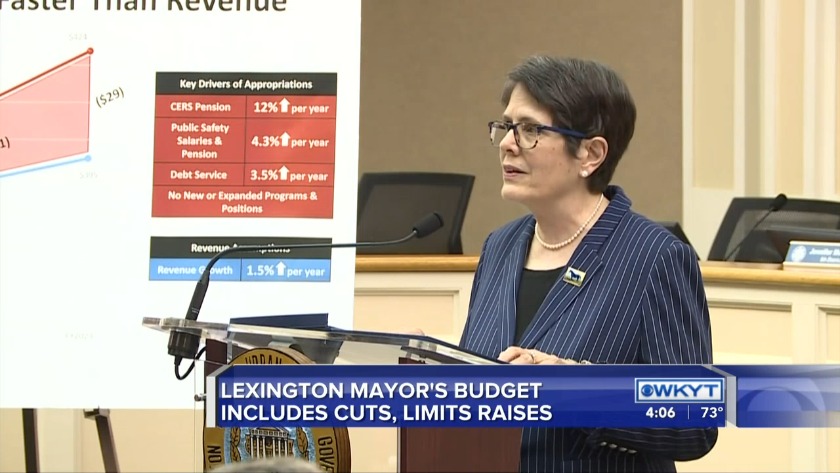 Gorton's has asked city departments to cut 15 percent from their budgets, which would still put Lexington $11 million short on costs.

The mayor's first proposed budget doesn't call for tax increases or layoffs, but the city won't create any new positions with the exception of the police and fire departments. A new fire station in Masterson Station is still planned as well. The public safety budget will account for 57 percent of the general fund, but it isn't immune from the 15 percent cuts.

Senior leadership staff would have a 12-day furlough. Gorton is unable to be furloughed because she is elected, but she is pledging to write a check to the city matching 12 days worth of salary.

The city won't close any golf courses, but Picadome Pool will close, primarily because of usage numbers.

Gorton believes taxpayers won't notice a difference in services despite the cuts.

"Our citizens can be confident that we are in a very good fiscal position. We are just spending less," Gorton said.

Gorton believes spending cuts are necessary, as revenue is not expected to grow much and pension costs continue to increase. The mayor is also calling on the city to borrow no more than $15.4 million. She expressed concerned with the city's current debt, which stands at more than 12 percent of the general fund budget.