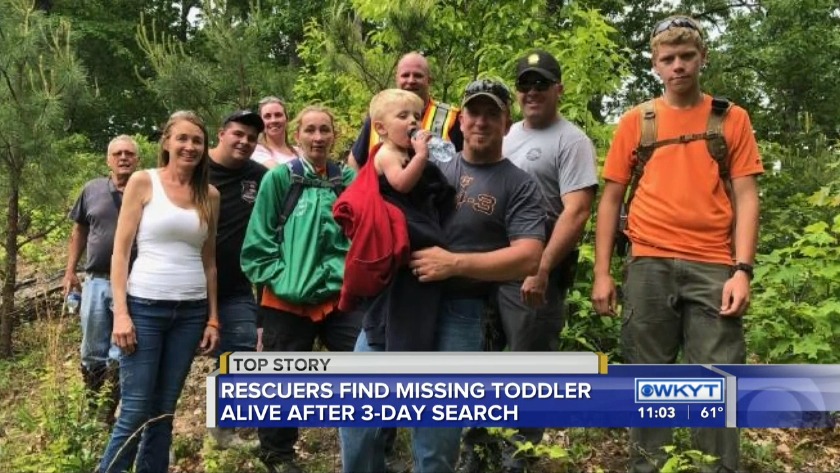 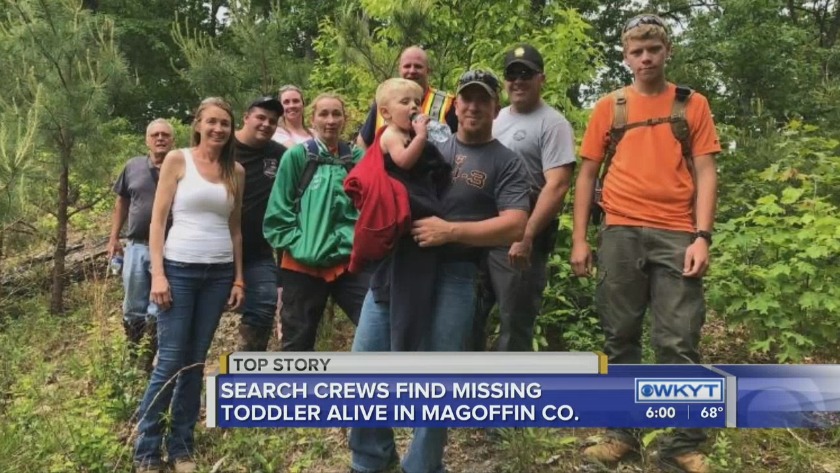 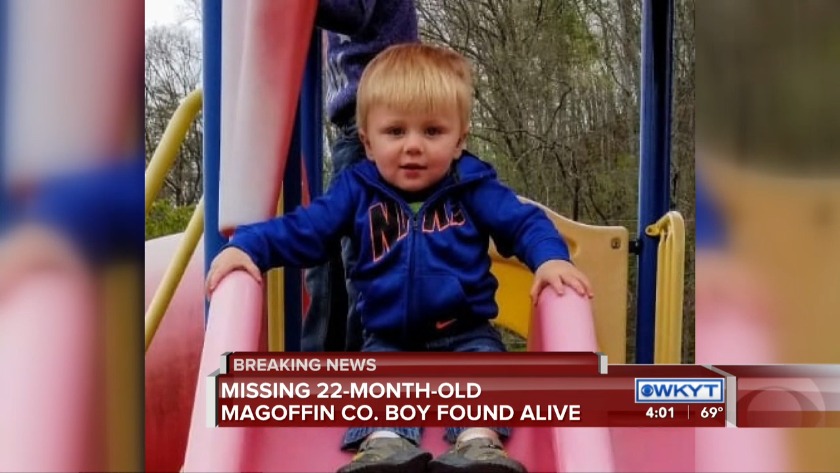 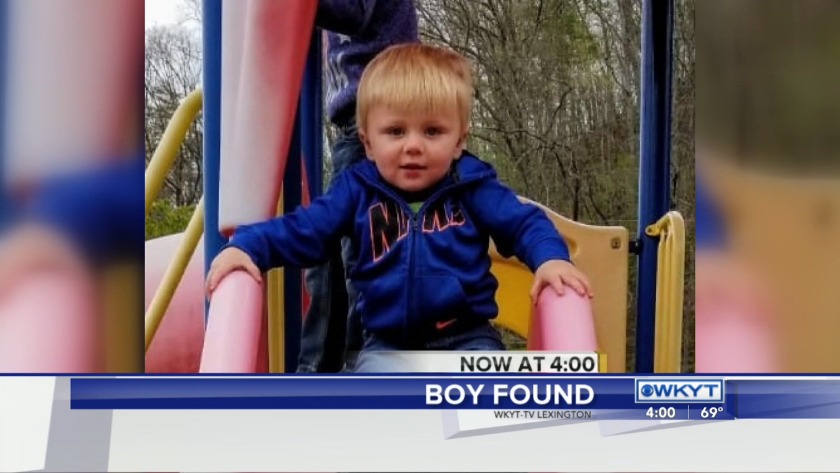 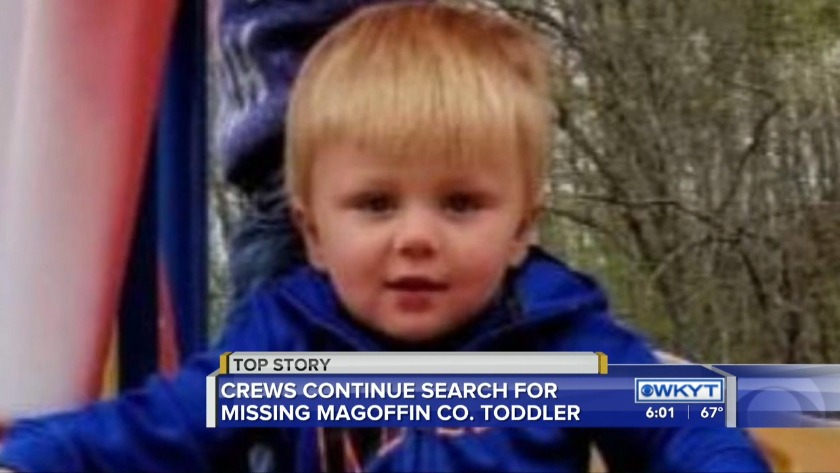 SALYERSVILLE, Ky. (WKYT) - Search crews say they have found the missing Magoffin County toddler days after he disappeared from his home.

Kentucky State Police and the Magoffin County Sheriff's Office say 22-month-old Kenneth Howard was found Wednesday. The Magoffin County Rescue Squad said he is being treated for dehydration, but he is in "remarkably good condition."

A release from Kentucky State Police says the boy was found around a mile away from his home at an old strip mine, at the Magoffin-Floyd county line. Kenneth is being taken to a command center and then to a hospital in Huntington to be checked out. Authorities have notified Howard's parents.

Magoffin County rescuers said a search team with an expert tracker heard the boy cry while searching and were able to track him to the bottom of a 50-foot incline.

In all, Howard was found 1,755 feet away from his home over rough terrain.

Howard was previously seen Sunday at his home near the county line Sunday night. Crews had extended their search into Floyd County Tuesday.

Kenneth's father offered a $5,000 reward Tuesday for his safe return.

The Kentucky Castle is for sale
Related Information

Information in this article from the Lexington Herald Leader