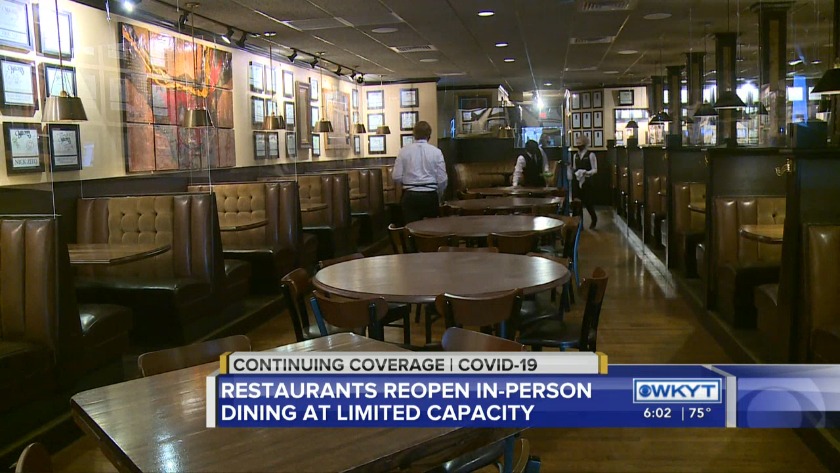 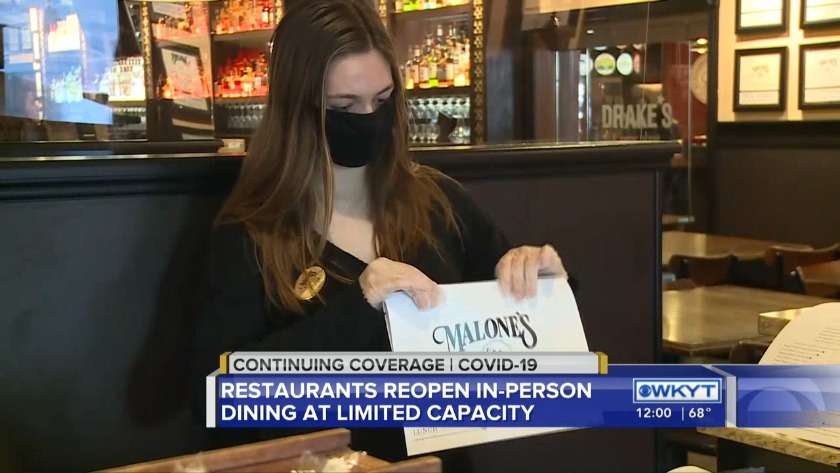 LEXINGTON, Ky. (WKYT) – It’s a big day for restaurants in the Commonwealth – they’re allowed to reopen Friday to in-person dining.

Governor Beshear limited restaurants to curbside and delivery service only more than two months ago. Now, they’re back open at limited capacity.

Malone’s in Lexington is already navigating the pitfalls of the new restrictions, but that hasn’t stopped diners from coming out. There were already several people who were lined up at 11 a.m. when their doors opened.

Spokespersons from Bluegrass Hospitality Group (BHG,) allowed WKYT to get video inside the restaurant of how they set up this morning, but cameras weren’t allowed back inside once customers started arriving. That’s understandable – the restaurant is trying to limit the number of people who are inside so they can stick to that 33% capacity.

Diners at Malone’s will notice quite a few changes, including temperature checks for customers and employees.

The restaurant has also put up plexiglass between booths, and they say a lot of their booths will be empty but will have hand sanitizer sitting on them.

They’ve changed up their menus, they are now a laminate they can be completely wiped down between each guest, but they prefer people pull up menus on their phone so they don’t even have to touch one.

Even though they are at a reduced capacity, they tell me they still think business will be pretty good.

“We want to walk before we run,” says BHG spokesperson Brian McCarty. “You can and when you combine 33% with our brisk carryout business that’s developed over the last three months we are confident we can bridge the gap.

Eventually, the restaurant will be having people check-in at the host stand, and then walking the length of the parking lot directly to the table. That way there’s no congregating and less of a chance of guests overlapping with each other.