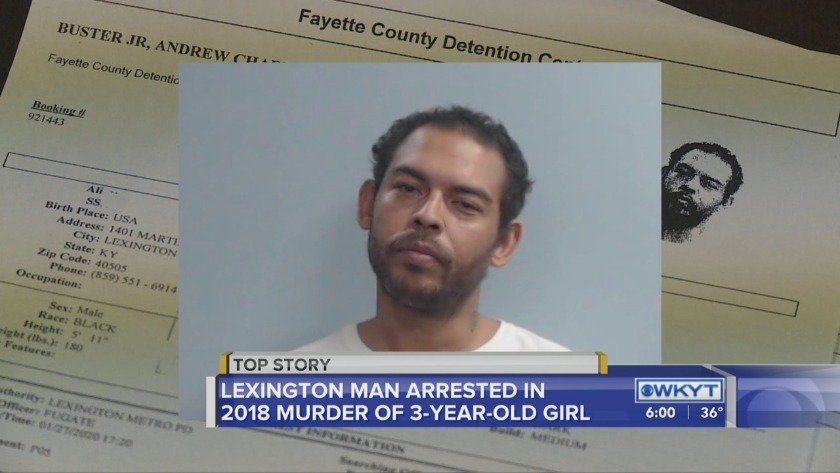 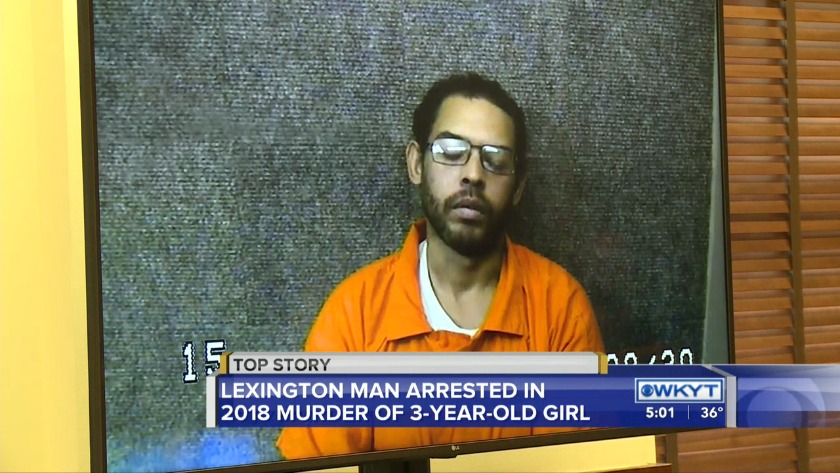 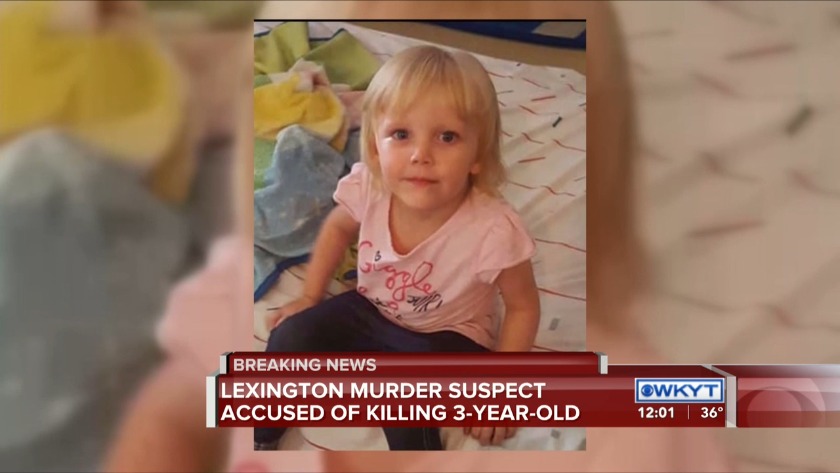 LEXINGTON, Ky. (WKYT) - Lexington police have arrested a man in connection with the death of a young girl in December 2018.

Police say 33-year-old Andrew Buster was arrested Monday at his home on Martin Court on charges of murder and sodomy.

He is accused of sexually assaulting and killing 3-year-old Lillyann Grace Reck.

Police say officers were dispatched to an apartment in the 1000 block of Cross Keys Road on December 10, 2018, for an unresponsive child.

Police say Buster was watching Lillyann while her mother was at work.

We're told the medical examiner’s office ruled Lillyann’s death a homicide. Police say there was a delay in Buster's arrest because they were waiting on DNA evidence.

Buster is being held in the Fayette County Detention Center on $1,000,000 bond.

He will be court again on February 4.