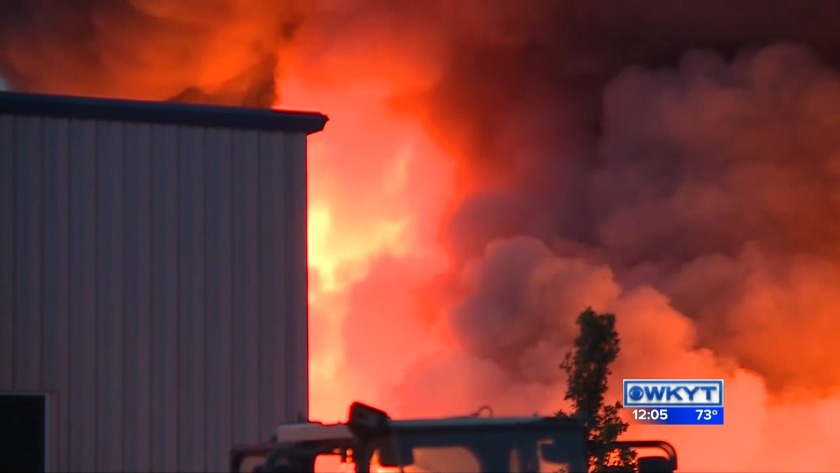 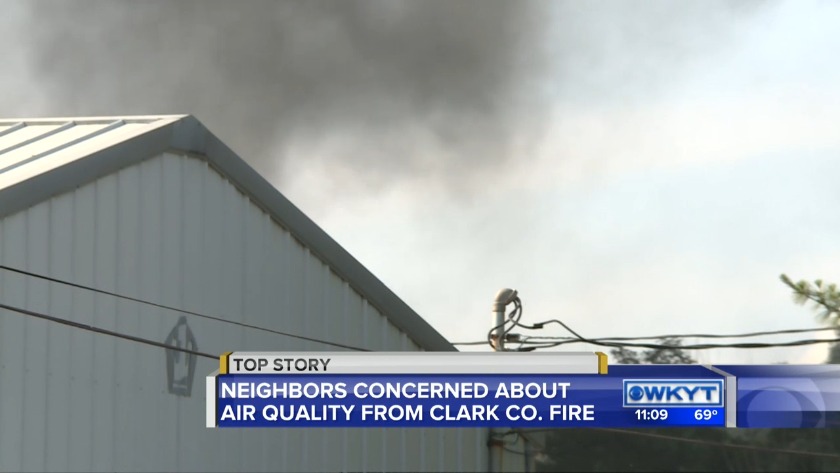 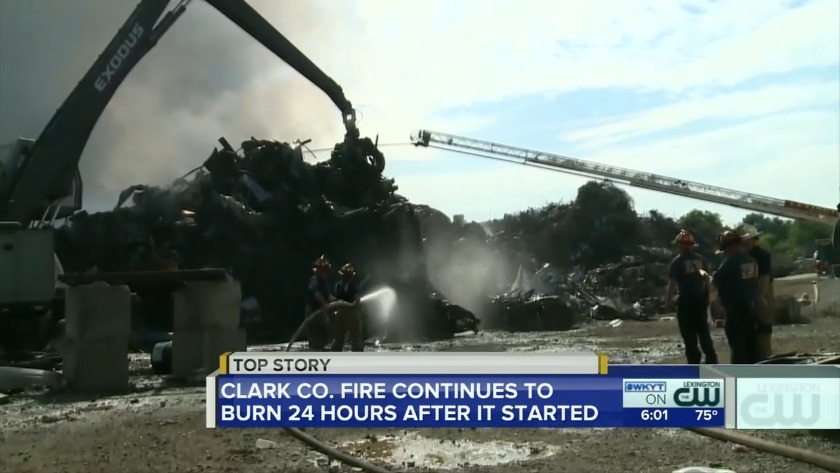 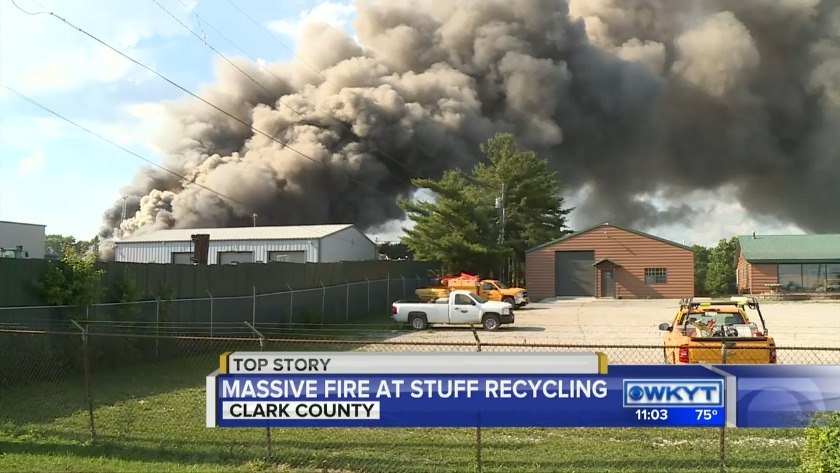 A fire at Stuff Recycling in Clark County continued to burn Sunday morning.

It started around 4 p.m. Saturday at the facility, which is off Lexington Road (U.S. 60), west of Winchester, near the Fayette County line. The fire continued to burn Sunday. U.S. 60 between Combs Ferry Road and Clintonville Road reopened Sunday evening.

Crews expected to work through Monday. As of Sunday afternoon, it is mostly steam and smoldering metal.

The business posted on its website it will reopen 8 a.m. Thursday and apologized for the inconvenience the fire has caused for customers and neighbors.

Fire officials are still trying to determine what started the fire, but they say the flames began in an area where there were quite a few car parts. At the height of the fire, more than 100 firefighters were trying to put out the flames.

"It is a scrap metal operation, cutting torches and batteries in vehicles. That'll be something we'll hopefully be able to determine in the near future," said Clark County Fire Battalion Chief William Jordan.

Firefighters in Clark County, along with crews from Lexington and 12 surrounding counties helped to put out the fire.

Officials estimate that approximately 350,000 gallons of water have been used to stifle the flames.

The Kentucky Transportation Cabinet says that at one point, smoke was blowing over Interstate 64 near Exit 87.

An air quality emergency was declared Sunday morning in the Wayland Heights neighborhood and the Clintonville Road area by the Kentucky Environmental Protection Agency. By Sunday evening, most of those warnings were lifted.

"Burnt plastic is what it smelt like. Rubber burning. Burnt hair. Foul," explained Steven Rogers, who lives in the Treehaven Trailer Park that was affected by the smoke.

Officials told nearby residents to turn AC window units off, and keep windows closed, but some residents didn't get the important message.

"You can hear my voice. We probably should have turned it off," said another Treehaven resident, Sarah Burress. "It doesn't smell inside but as soon as you come outside we smell it," she said.

Burress and Rogers say they are worried about elderly neighbors breathing in the smoke, saying it's a health hazard. "I had a headache yesterday but I didn't even realize that's probably what it was from," said Burress.

The FAA also put a temporary 1-mile flight restriction over the area.