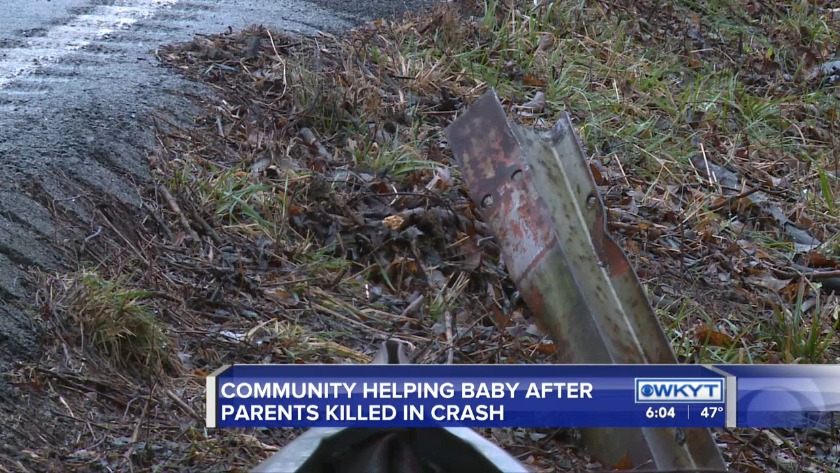 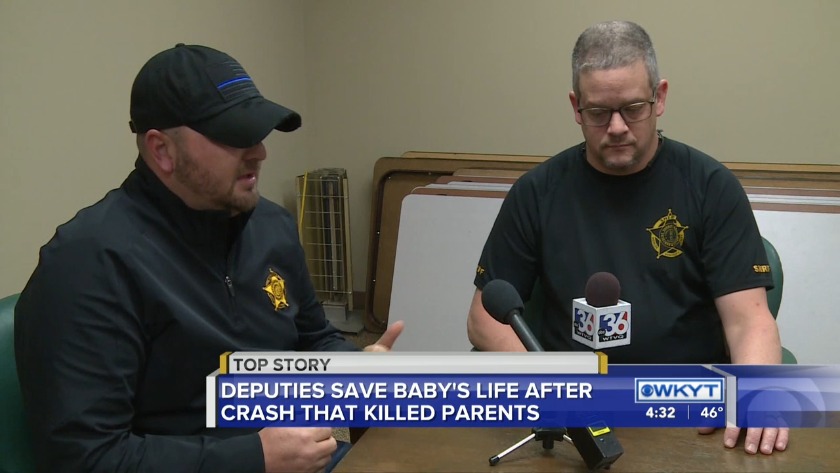 The crash happened on Mackville Road near Rose Hill Lane around 11 p.m. Saturday, Jan. 18 when an SUV veered off the road and hit a tree.

Deputies Sean Brown and David Prather responded to the crash.

The deputies tell WKYT they saw Murphy and Sparks' baby still in its car seat, hanging limp and was starting to turn blue.

Deputies say the baby girl didn't look like she was breathing.

The two tried to remove the car seat, but they say it was wedged in and was being difficult.

“[I] couldn’t find my knife," said Deputy Brown. "Deputy Prather was able to hand me his. We got the straps off the baby that way and pulled her out.”

“That was probably the best sound in the world, to hear that baby gasp and start crying," said Deputy Prather.

“Like our sheriff said, if there was ever a commercial for a car seat, this would have been the perfect one,” said Prather.

The two say some calls are impossible to train for.

"Anyone that wears this badge, anyone in general, really, in that situation, they would do the same thing we did,” said Brown.

The sheriff says there's been an outpouring of support for the child. Churches and schools have donated items the baby needs.

Sparks' funeral was Thursday. Murphy's funeral is set for Saturday.

Roadside memorial set up to honor memory of young parents killed in Mercer Co crash. Sheriff says 2 deputies helped make sure it wasn’t a triple fatality in saving the life of their baby. More at 430 and 6 @WKYT pic.twitter.com/Z816mbLtNL