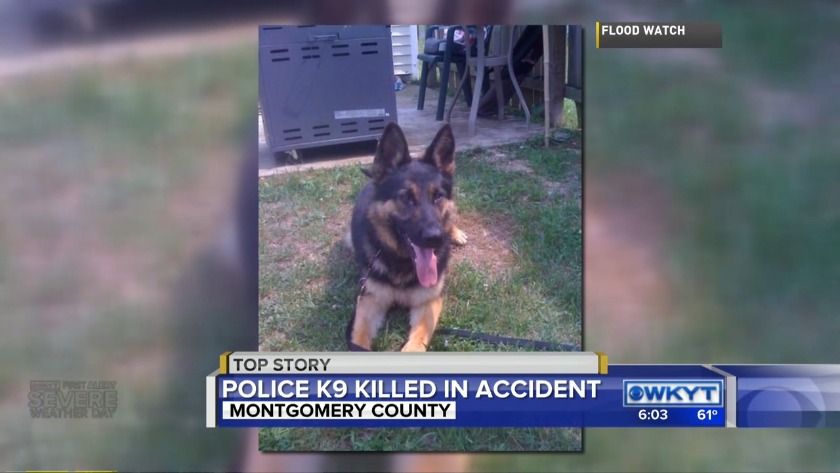 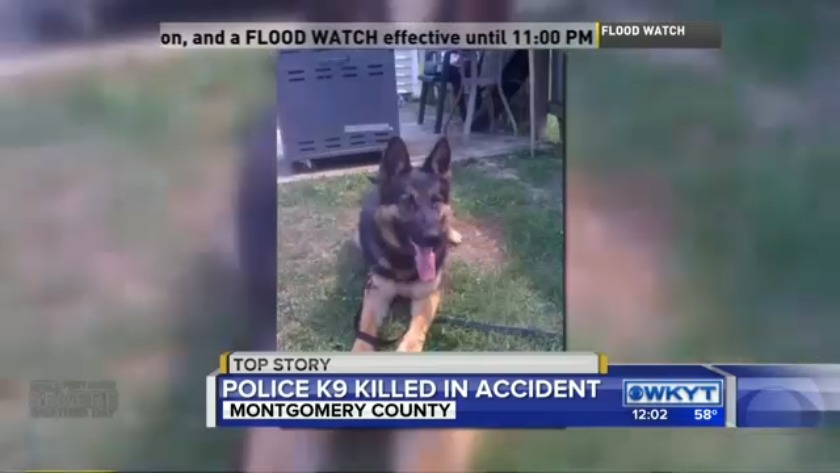 MT. STERLING, Ky. (WKYT) - Mt. Sterling police say one of its K-9s was killed in a 'tragic accident' while preparing for duty Wednesday morning.

Police chief David Charles says the dog ran into the road before a vehicle hit him.

Dexter is credited with apprehending many felons and finding large amounts of narcotics.