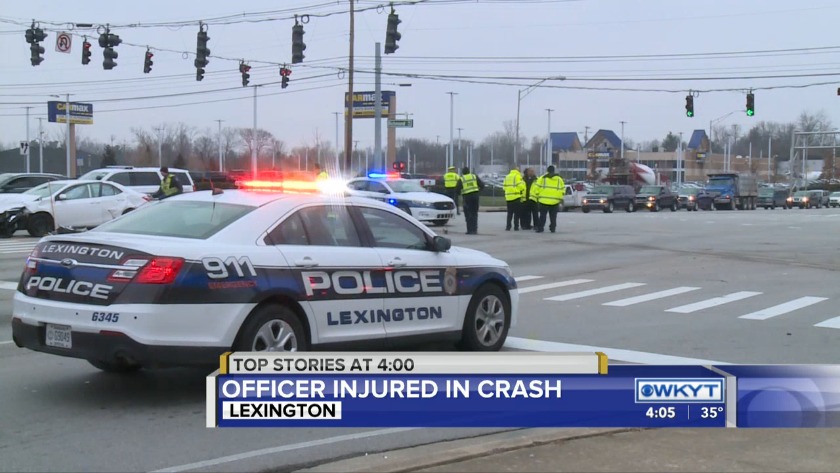 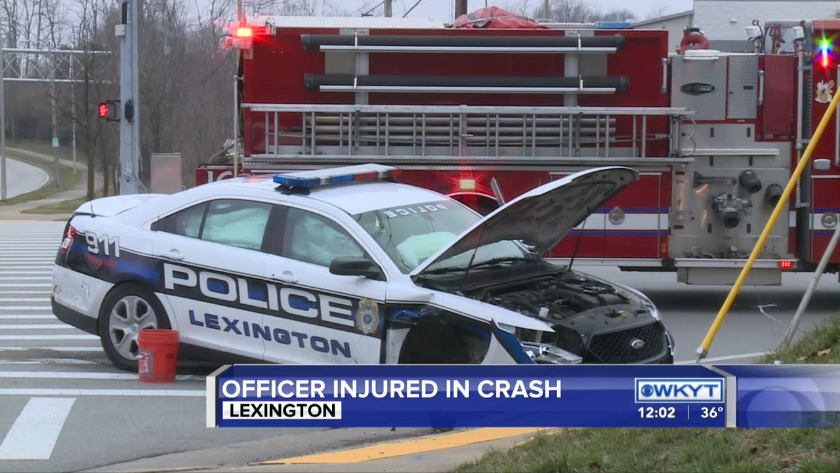 It happened around 8:30 a.m. at the intersection of Man o'War and Richmond Road.

Police said the officer was going to a different crash scene when another car crashed into the cruiser.

"We're trying to sort everything out," said Lt. Chris Van Brackel. "We had a lot of people say it was a very busy intersection this morning. A lot of people saw this crash. We'd be happy to have those people call the police station and tell us what they saw."

The officer's lights were on at the time, police said.

Police told WKYT the officer involved in the crash was take to the hospital with minor injuries. The other driver was not hurt.