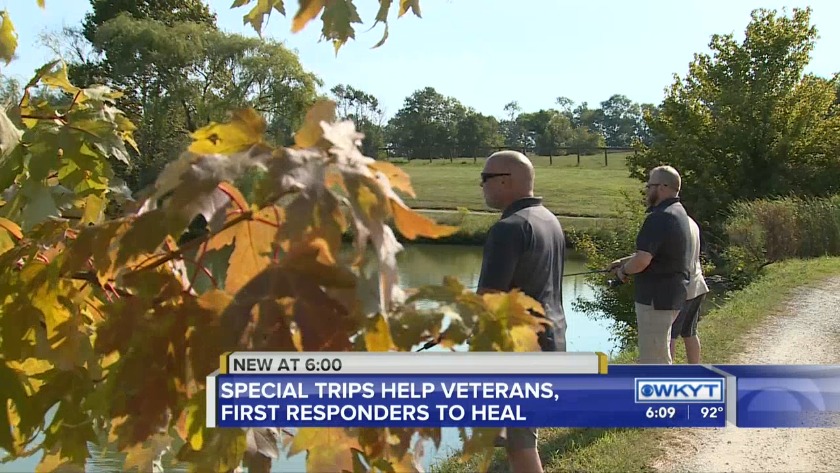 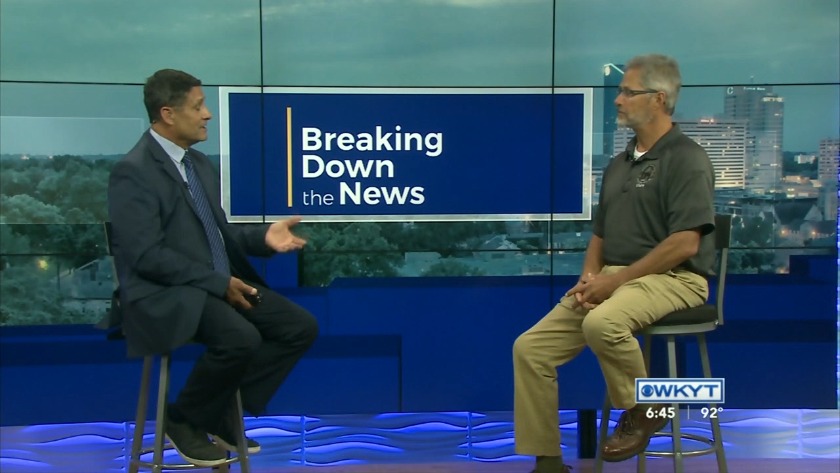 GEORGETOWN, Ky. (WKYT) - Several men cast their fishing lines out across the water on a warm September day. Nothing unusual on the outside. They are polite and friendly to strangers, but each man holds deep feelings and wounds you can not see.

Most people would describe the men as heroes. The men would probably say they aren't and they were just doing their job. But most people's jobs don't routinely take them into danger or even deadly situations. For these men, danger, and the possibility of death, came with the job.

They are members of the Kentucky Wounded Heroes, a group founded in 2007 to help veterans dealing with physical and mental injuries in the line of duty. But unlike other veteran support groups around the country, this organization also helps police, firefighters, and EMS responders.

Their injuries in the line of duty are just as real as what veterans deal with every day. Most of them are reluctant to share their war or service experiences to strangers, much less family and friends. But when they are among others who have survived war or trauma, a giant door opens up, and they talk to each other.

"It gives them a way to vent, and talk about things because some of these guys have seen and done things they're not going to talk to their family about," Kentucky Wounded Heroes' Board Member Tim Mullins said.

"I was surrounded by a lot of people like me," Rocco Besednjak said. He was seriously injured at a crime scene. "The wounded vets, the wounded first responders and I felt like I was part of something again."

"You're a bunch of guys, who have been there, done that, even if it was a different war, or if it was on the street as a police officer, we really do understand each other," Vietnam War veteran and wounded Army soldier David Dentinger said.

How does fishing and hunting figure into this? Simple. It's a fun, relaxing way of bringing together people of different ages and backgrounds, and allowing them to share whatever they want.

"it's more about camaraderie," Dentinger said. "The fishing and the hunting is almost an excuse to get together."

Their sporting trips have taken them around the country -- as far away as Alaska. For the wounded heroes, it's a free trip. Kentucky Wounded Heroes is solely supported by donations, and the board members and volunteers are not paid.

A group of 30 veterans and first responders are being hosted for a fishing retreat weekend at a Scott County lake Saturday.