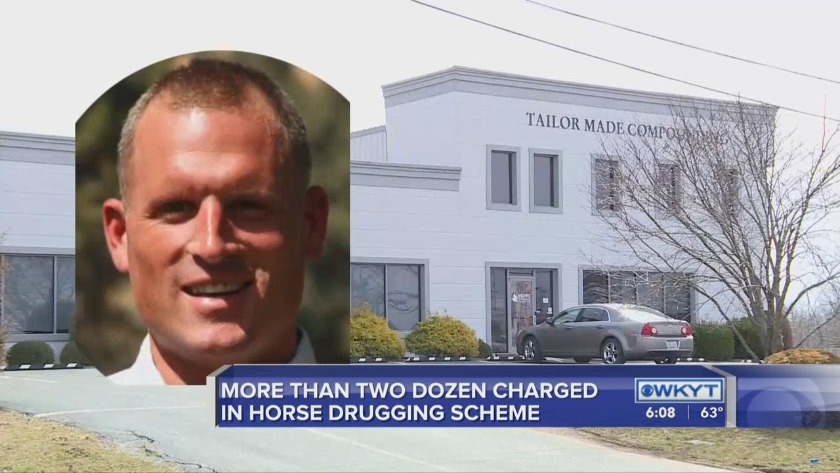 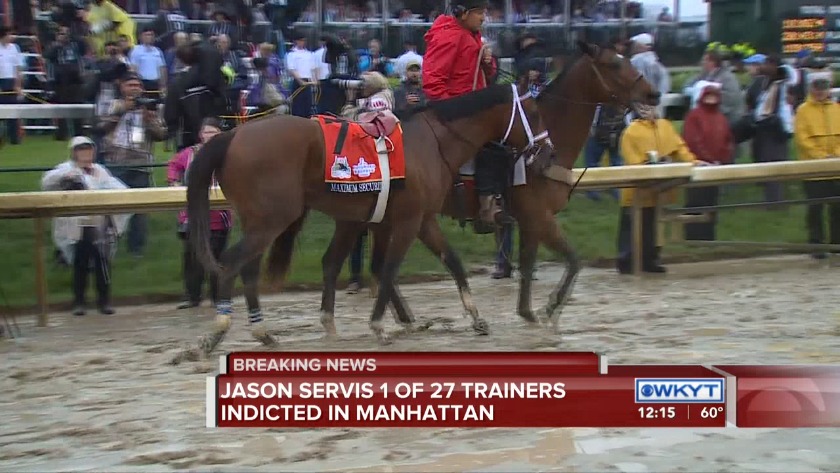 NEW YORK CITY (WKYT) - The trainer of the horse who won the richest race in the world has been indicted in connection with an indictment spanning the entire nation.

Jason Servis trained Maximum Security to victory at February's $20 million Saudi Cup, the most valuable horse race in the world.

Maximum Security also crossed the line first in last year's Kentucky Derby but was disqualified after stewards ruled the colt had impeded the path of two other horses in the final turn.

The indictment claims Servis provided performance-enhancing drugs to "virtually all" of his horses from February 2018 to February 2020, which included more than 1,000 races.

The charges were detailed in indictments in a federal court in Manhattan on Monday.

Charges were brought against 27 individuals, who include trainers and veterinarians, alleging a doping and misbranding conspiracy.

Another person named in the indictment is Michael Kegley, Jr., an executive at MediVet Equine in Nicholasville. The FBI says they were there Monday morning, along with FDA officials.

In response to a number of media inquiries, FBI Louisville will confirm it is conducting judicially authorized activity with @US_FDA at Tailor Made Compounding, 200 Moore Drive, Nicholasville, KY.

Monday morning, March 9th, federal authorities questioned several Tailor Made Compounding employees at our Nicholasville, KY facility in regards to a highly publicized equine investigation in New York. Tailor Made Compounding does not nor has ever compounded medication for veterinary treatment of any kind. Tailor Made has and will continue to fully cooperate with any and all parts of the investigation, and at this time does not expect charges to be filed against TMC in relation to this matter.

According to the indictments, marketers and distributors of drugs known as "blood builders'' to stimulate a horse's endurance have infiltrated the horse racing industry for at least the past decade.

Authorities say the drugs can cause horses to overexert themselves, leading to heart issues or death.

The indictments said other drugs used to deaden a horse's sensitivity to pain to improve the horse's performance could also lead to leg fractures.

Tuesday, Keeneland released this statement about the indictments:

“The administration of illegal medication and other improper substances to our equine athletes, as outlined by the indictments brought forth by federal prosecutors, is simply unacceptable. Putting profits and self-interest over the safety and integrity of our sport and its athletes has never, and will never, be tolerated by Keeneland. As the legal proceedings against the individuals identified by federal prosecutors unfold, the Thoroughbred racing community must continue to strengthen our screening processes. In the meantime, Keeneland will suspend the individuals in question from participating in training, racing or sales activities on our property. We have faith in the legal system and appreciate the work of the federal law enforcement, including the Southern District of New York U.S. Attorney’s office. Ensuring the safety and well-being of these horses will always be our top priority.”

Protesters tear down statue, damage Confederate monument in Ala.

Protesters tear down statue, damage Confederate monument in Ala.