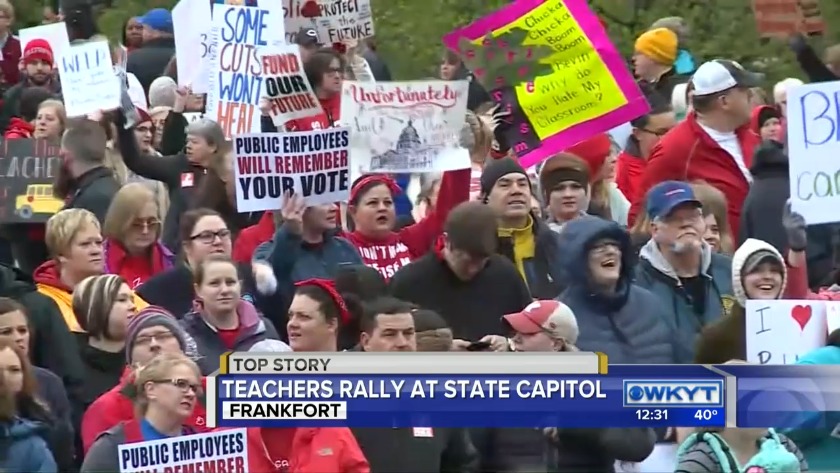 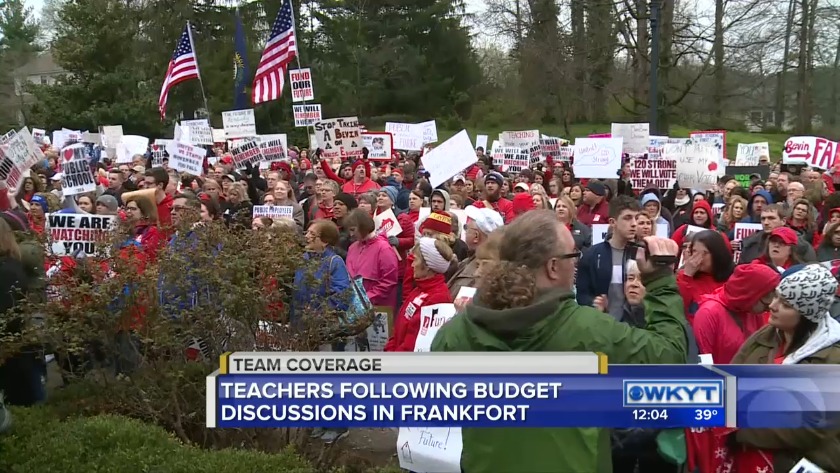 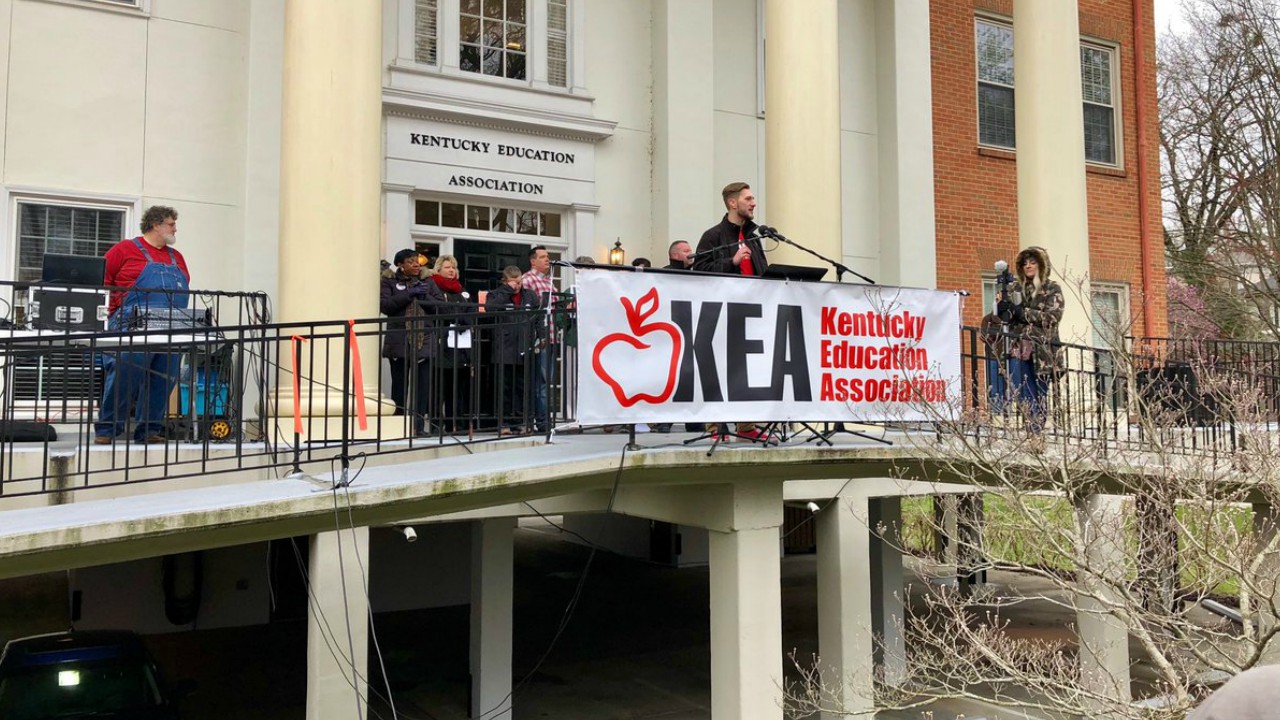 Thousands attended the rally, as Kentucky public schools are either off for Spring Break or canceled because of the rally.

Many teachers called in sick last Friday after the Kentucky legislature passed Senate Bill 151 late Thursday night. The plan called for changes to state retirement plans in an effort to help keep what is considered one of the worst-funded pension plans viable.

"They are violating the inviolable contract and making it so our new teachers are having to jeopardize their future outside of the classroom so that we can shape society's classroom inside of our classrooms," said future educator Skylar Nunley.

"We are responsible. We are engaged. And we are fed up," said KEA president Stephanie Winkler.

The KEA has argued for lawmakers to find new revenue first instead of changing the pension system.

Attendees called for voting out pension reform supporters as they marched from KEA headquarters to the capitol building as lawmakers are currently debating a proposed budget. One of the key items some educators wanted to see an increase for included the Support Education Excellence in Kentucky (SEEK) program. Republican lawmakers released a budget proposal Monday which calls for funding to increase to $4,000 per pupil.

Governor Matt Bevin is expected to sign SB 151. Kentucky lawmakers are considering a budget proposal which could result in major cuts Monday.

The rally was scheduled for 9 a.m., but travel delays have pushed back the event.