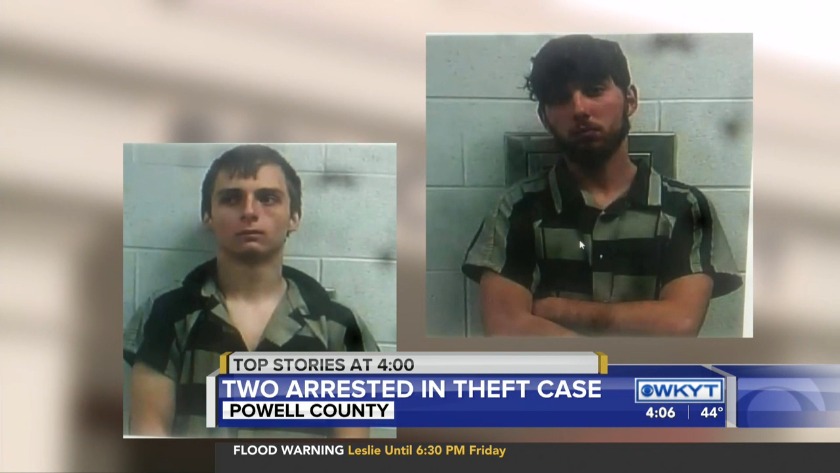 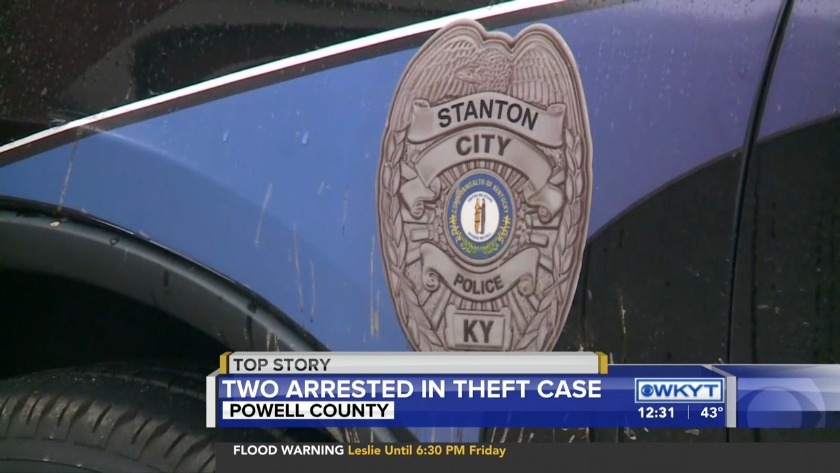 POWELLL CO., Ky. (WKYT) - Two people are accused of stealing catalytic converters, and other items from vehicles in Powell County.

Staton Police say the string of thefts started around the first of the year, and last week police arrested Kyler Dunn and Dakota Baker in connection with the case.

"Based on the timeline we figured they're going to be local, they're not going to be someone who came through, stole something and left, so we started looking for that vehicle," said Sgt. Ian Morton, Stanton Police Department.

A white Chevy with black wheels, and Sgt. Morton says they found the car in an apartment parking lot.

"In the rear of that vehicle they had a speaker which similar to the one stolen from the sons of liberty theft, and upon making contact with them and since searching the vehicle I located 90% of my stole equipment from the Son's of Liberty Theft, also a recently stolen catalytic converter and their tool of choice a sawzall," Sgt. Morton said.

Morton says that the thieves would cut the converter off of a car with the reciprocating saw.

"They'll just zip zip and in a matter of minutes, they can have one off," Sgt. Morton.

Both men are charged with receiving stolen property under $10,000 and Sgt. Morton says they've also been charged with one count of theft for a catalytic converter.

Sgt. Morton says that more charges for Dunn and Baker are coming and they're also looking at charging more people in these thefts.