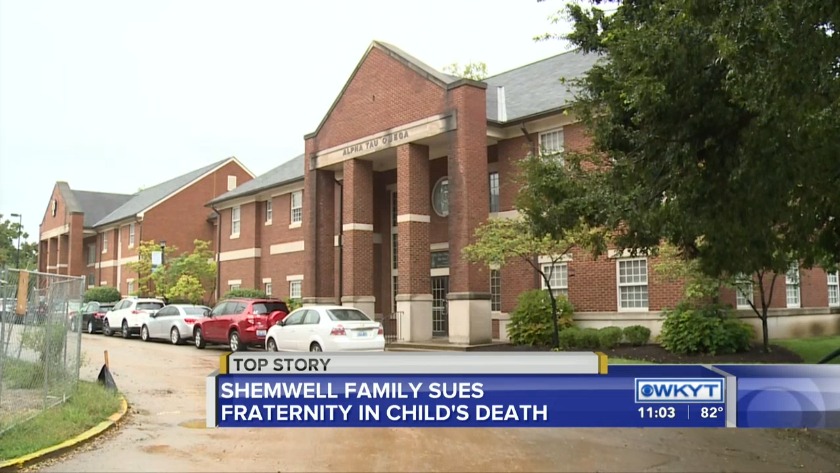 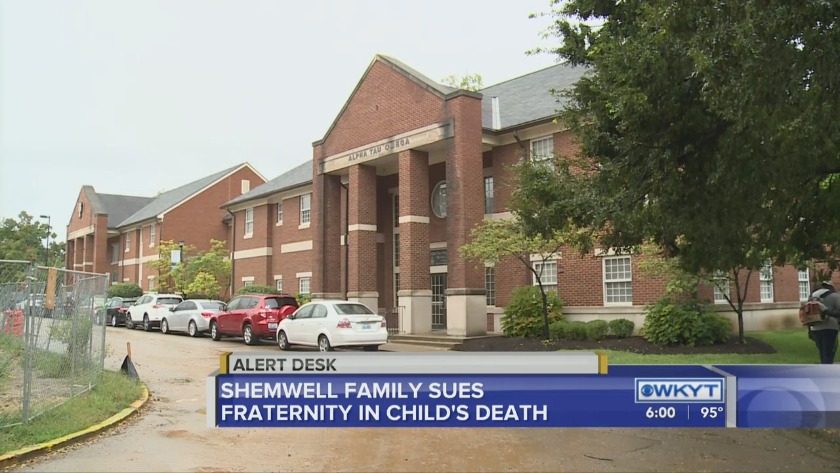 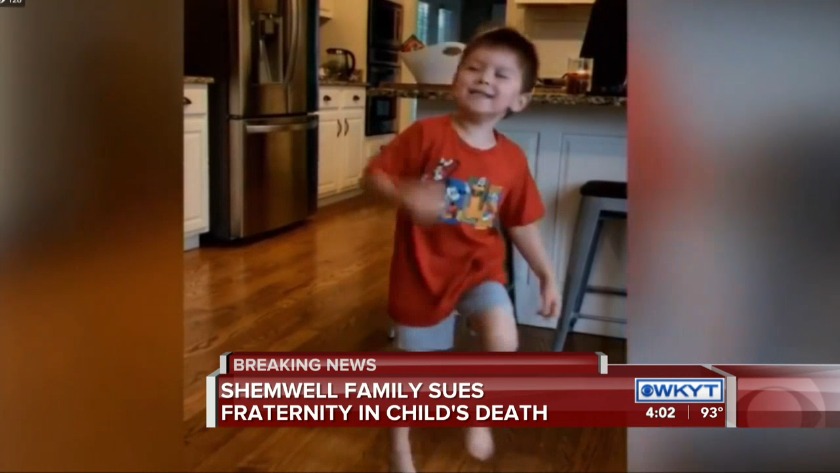 LEXINGTON, Ky. (WKYT) – The parents of Marco Shemwell have filed a lawsuit against Alpha Tau Omega following the death of their child on the day of a University of Kentucky football game.

Authorities say Shemwell, 4, was killed in September 2018 after being hit by a car driven by then-UK freshman and ATO pledge Jacob Heil near Kroger Field. Heil is currently facing charges of reckless homicide and DUI in the boy's death.

The suit alleges the fraternity’s “failure to address a history of underage drinking, hazing, and other dangerous practices” led to the Shemwell’s death.

Court documents track a number of underage drinking violations at the University of Kentucky chapter in 2017 and 2018, culminating in a “beer breakfast” held Sept. 15, 2018. The lawsuit claims more than 1,000 cans of beer were served to fraternity members and pledges, all of which were consumed within less than two hours.

Matt Minner, an attorney representing the Shemwell family discussed the the lawsuit on Thursday with local media. When asked about the option to settle, Minner says that is not an option the Shemwells are entertaining.

The lawsuit claims drivers then left the off-campus tailgate, driving to various locations around campus. One of the people at the beer breakfast who drove away afterward was Heil. Heil was provided at least four beers at the breakfast. He would then go back to the fraternity house where he continued to drink. The crash occurred after Heil dropped off people at various locations on campus.

Prosecutors say Heil's blood-alcohol content was .05, which is below the legal limit for people above 21 but above the legal limit for an 18-year-old. His arrest citation said the UK freshman had "a strong odor of alcoholic beverages, red bloodshot watery eyes and showed signs of impairment on field sobriety tests."

The lawsuit seeks an undisclosed amount of compensation for hospital bills, funeral and burial expenses, pain and suffering, mental anguish and wrongful death.

Heil is no longer a student at the University of Kentucky, and the Alpha Tau Omega fraternity closed its UK chapter following the deadly crash.

Alpha Tau Omega released the following statement after the lawsuit was filed:

"It is our understanding that a lawsuit has been filed by the parents of Marco Lee Shemwell in connection with his tragic death. Our sympathy continues for Mr. and Mrs. Shemwell and their family. We have not had sufficient time to fully review the lawsuit however a cursory review reveals many misstatements of fact. The National Fraternity will vigorously defend the lawsuit. Because litigation is now pending, ATO will not have additional comments at this time."

A trial date for Heil is scheduled for April 2020.