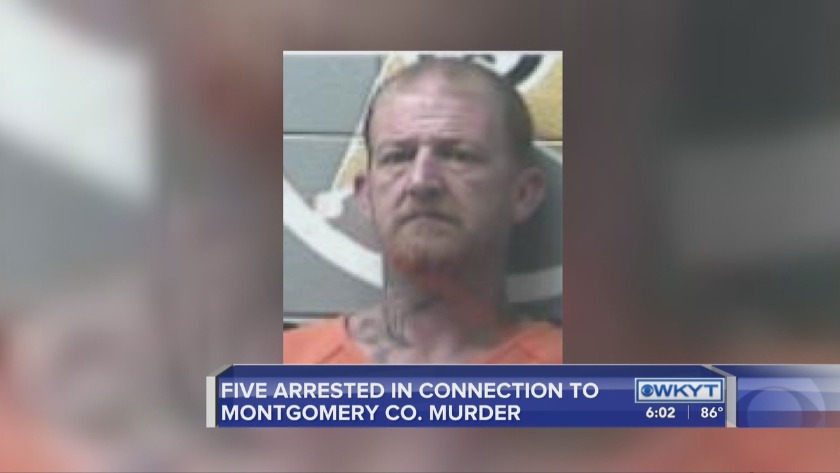 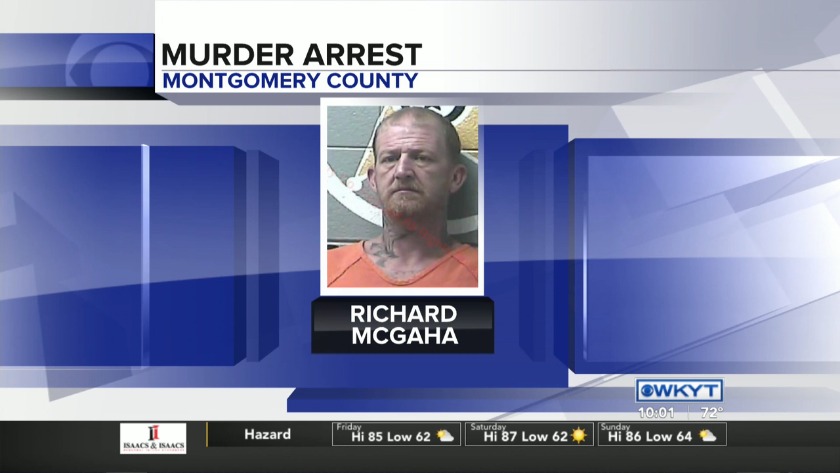 MT. STERLING, Ky. (WKYT) – One man is charged with murder, and four others charged in connection to the crime after an investigation in Montgomery County.

Police say McGaha was known for carrying a hatchet on his leg, but that associates had noticed it was missing in recent days. (Photo: Montgomery County Detention Center)

An arrest warrant states that on Sept. 4, 41-year-old Richard McGaha killed Lenville Smith at a home on West Locust Street by hitting him in the head with a hatchet. Police say he and several others then helped hide the body and other evidence.

Days after the alleged murder, Smith would be reported missing, launching an investigation into his disappearance.

According to arrest citations, 38-year-old Mattie Mahon and 46-year-old Sonya Palmer – also charged in the case - told police Smith’s body had been hidden in a deep freeze after he was killed. Police say the landlord at the home confirmed a deep freeze had been on the property but had gone missing.

According to arrest citations McGaha, Mahon, Palmer, 46-year-old Phillip Tuttle, and 39-year-old Stanley Sargent loaded the deep freeze onto a borrowed vehicle a few days after the reported murder, and drove to Menifee County where the freezer “was tossed over the edge of a hill.”

Officers say in the days following the murder, McGaha had spoken with an associate, saying he had killed a person with a hatchet, and was "leaving town while he could because he would probably be going to prison for a long time." Associates also tell officers McGaha was known to carry a hatchet on his leg, but that the hatchet had not been seen in recent days.

McGaha is charged with murder in the case. The four other defendants are charged with tampering with physical evidence and abuse of a corpse.