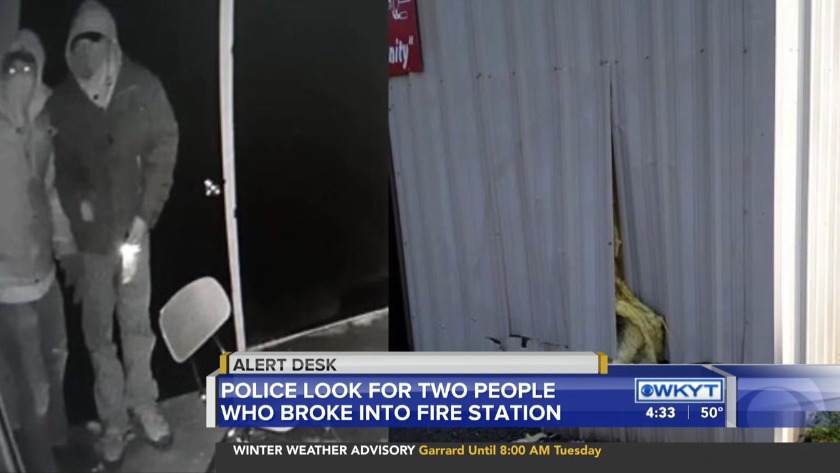 CLAY COUNTY, Ky. (WKYT) - Authorities in Eastern Kentucky are looking for the people who broke into a fire station.

The two people broke in by prying open a hole on the outside of the Clay County Fire Station.

They were spotted on security cameras just after 2:00 Sunday morning.

It's not known what exactly was taken as of now, however, the two did get away.

The fire chief says his department is fed up with the thefts.

"We are just looking at our options at this point," Chief Christopher Dezarn said. "I mean it's just a constant -- a constant thing."

Officials aren't giving up. They are hoping the pictures from a Horsecreek Community Fire & Rescue Facebook post can help deputies track those two down.