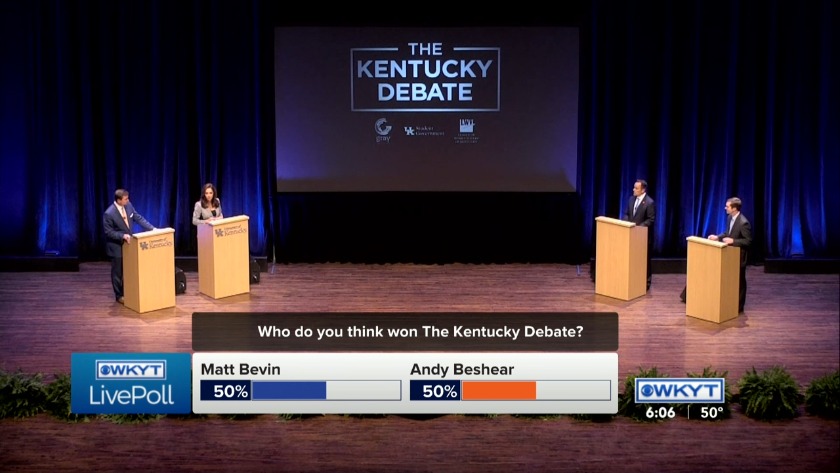 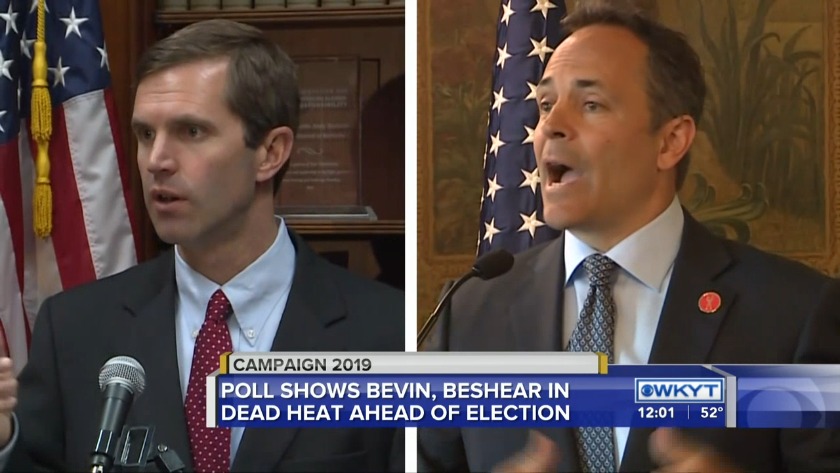 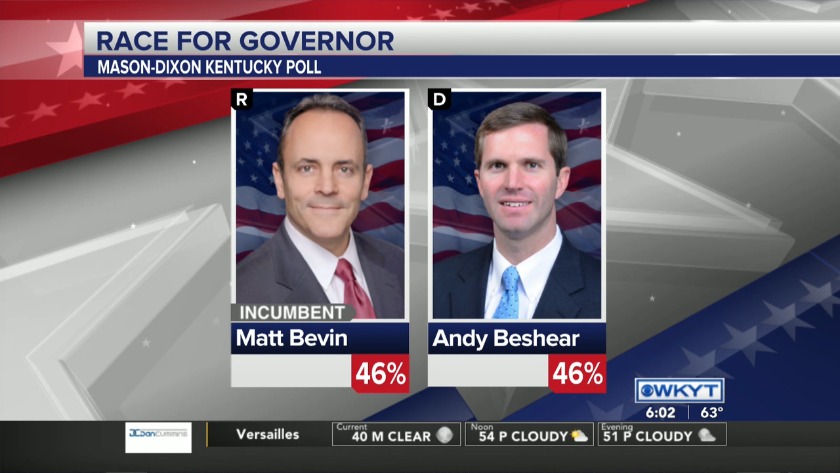 A Mason-Dixon Kentucky Poll shows both Bevin and Beshear have 46 percent of the vote. Libertarian John Hicks has one percent while seven percent of voters remain undecided. There is a margin of error of no more than four percentage points.

The polling lines up with a Politico report which said Bevin is gaining ground in the governor's race. He was down eight percent against Beshear in Mason-Dixon's December 2018 poll.

The poll shows Bevin is drawing more Republican support, as he has increased 10 percent in GOP support. He also has a stronger crossover vote with Democrats than Beshear has with Republicans. Bevin's job approval rating remains at 45 percent, while 48 percent disapprove of his job performance.

The polling also points to why Bevin may be using the potential for President Donald Trump's impeachment as a campaign strategy, as only 29 percent of Kentuckians support the President being impeached. Beshear has not said whether he supports the impeachment.

There is also a split between urban and rural voters. Beshear polls better in the Louisville and Lexington metropolitan areas, while Bevin polls better in eastern and western Kentucky. The two are in essentially a dead heat in northern Kentucky, with Bevin polling two percent higher. The Beshear campaign has utilized Rep. Rocky Adkins in its latest campaign advertisement in order to help gain more rural votes. Adkins significantly outperformed Beshear in rural Kentucky counties during the Democratic primary, especially in the eastern portion of the state.