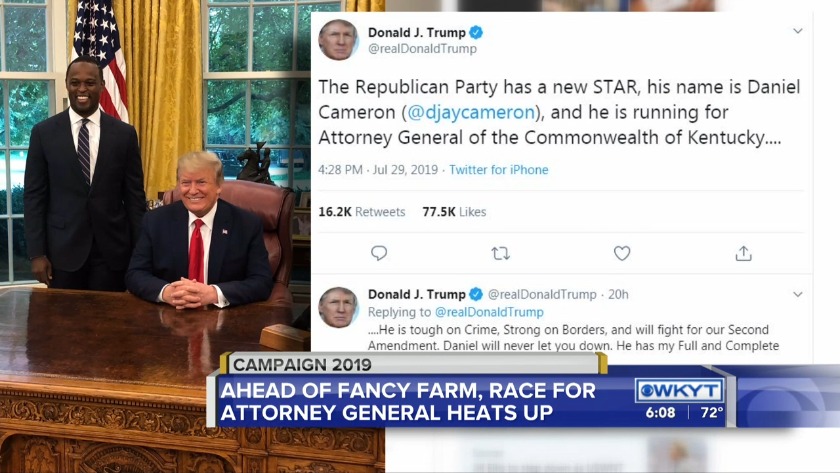 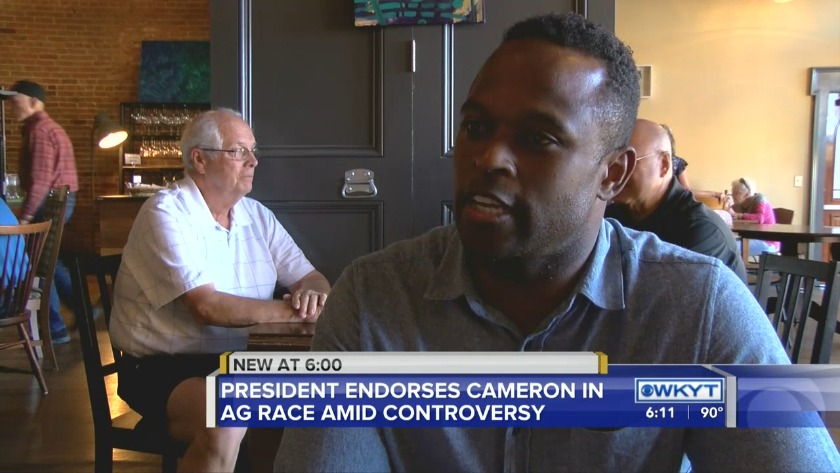 FRANKFORT, Ky. (WKYT) - After a heated few days in the race for Kentucky attorney general, President Donald Trump is now weighing in to back the Republican candidate.

"The Republican Party has a new STAR, his name is Daniel Cameron," Trump tweeted Monday afternoon.

Cameron, who is the former attorney for Senate Majority Leader Mitch McConnell, won the Republican nomination with 55 percent of the vote.

President Trump also tweeted that he supports Cameron's positions on crime, borders and gun rights when endorsing him.

Cameron is in a heated battle with Democratic nominee Greg Stumbo, who is the state's former attorney general. The two have had a war of words after a Cameron campaign ad attacked Stumbo's past, going as far as calling him a "deadbeat dad."

“My political opponents have been making outrageous charges against me for years,” Stumbo told our news partners at the Lexington Herald-Leader. “I challenge Daniel Cameron to prove them. None of these things he is talking about are true in total. I challenge him to prove them.”

Cameron is looking to be the first Republican to be elected Kentucky attorney general since Eldon S. Dummit was elected in 1944.

....He is tough on Crime, Strong on Borders, and will fight for our Second Amendment. Daniel will never let you down. He has my Full and Complete Endorsement!