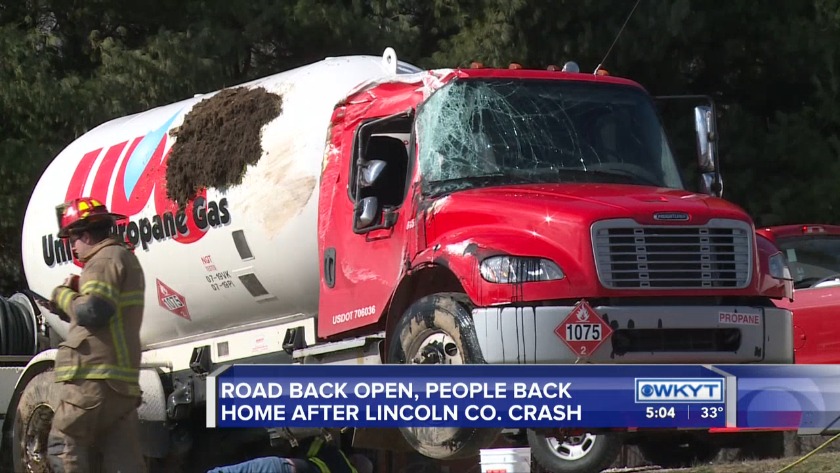 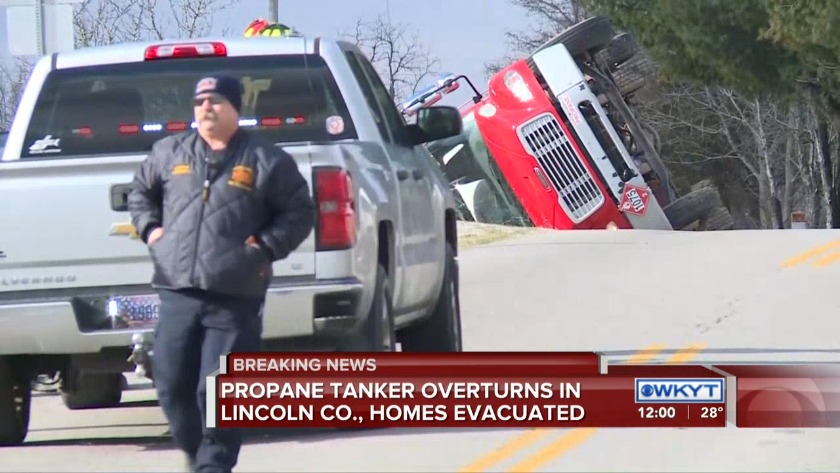 It happened just after 10 a.m. Tuesday.

“They were carrying a little more than 2,000 gallons [of propane], but it was a very slow leak. Probably 100 gallons or less leaked out," said Trish O'Quin with Lincoln County Emergency Management.

Officials say the intersection near Crab Orchard was shut down for about 3 hours while the crash was investigated and cleaned up.

Emergency officials say it was a small cleanup, but a hazmat crew out of Pulaski County was called to the scene out of pre-caution.

Some people were told they could not get to their homes after the crash.

The driver of the truck was taken to a Somerset hospital for treatment.