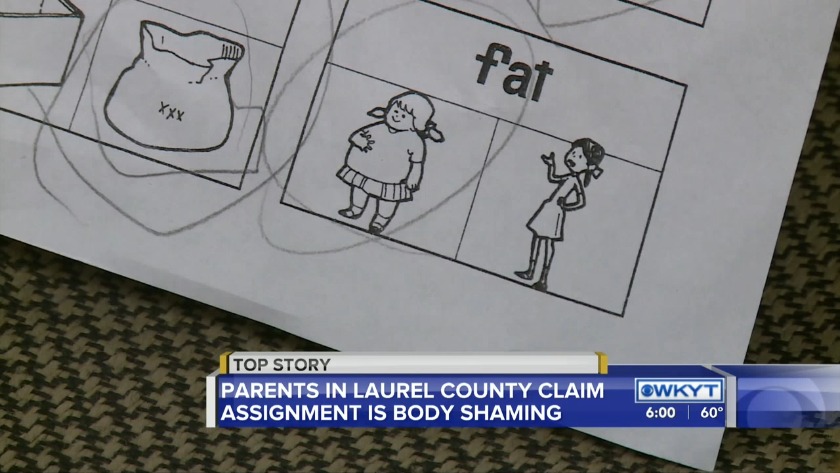 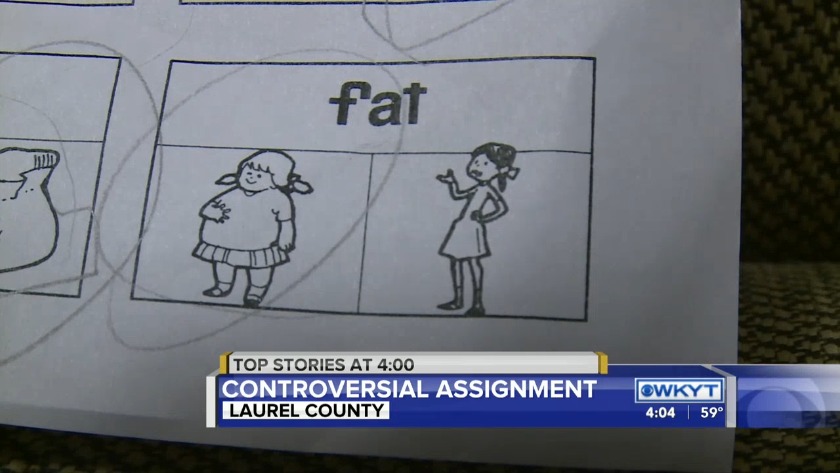 LONDON, Ky. (WKYT) - Some Laurel County parents are concerned about an assignment at London Elementary School.

The assignment had children choose pictures based on the word 'fat.' (WKYT)

The assignment had children choose pictures based on the word 'fat.'

Laural Lee Lewis says her child is in first grade and had the worksheet as part of her reading mastery class.

"On the last one, it said fat and had an example of a more chubbier girl and more skinnier girl,” said Lewis. “I had to explain to her that it was body shaming. Even if it was a skinny girl or the example for skinny, I feel that would still be body shaming that person because some don’t want to be called that.”

Lewis believes different images should have been used in the curriculum.

She says she was bullied as a child and fears the same thing will happen to her daughter.

“My daughter is already aware of it. She heard somebody call someone fat at school. She said that’s not right. You should not do that," Lewis said.

“The way they illustrated it, it bothered me more than anything. Big girl being put on display. Just really hurt,” said Lewis.

Lewis believes the worksheet could have used a different image to show what the word 'fat' means.

“They could have used an animal. I gave an example of a cupcake, bigger cupcake, or little cupcake,” said Lewis.

The Laurel County Board of Education sent WKYT the following statement about the assignment:

We were notified yesterday via news media of this concern. We have not had any parent report this concern to us. However, we are reviewing the curriculum to identify the concern.

Lewis says she thinks the curriculum needs to be checked to make sure it's not offensive.