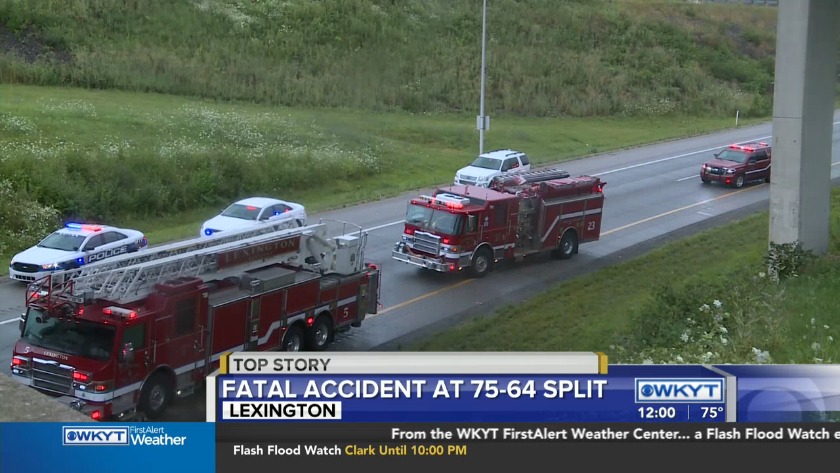 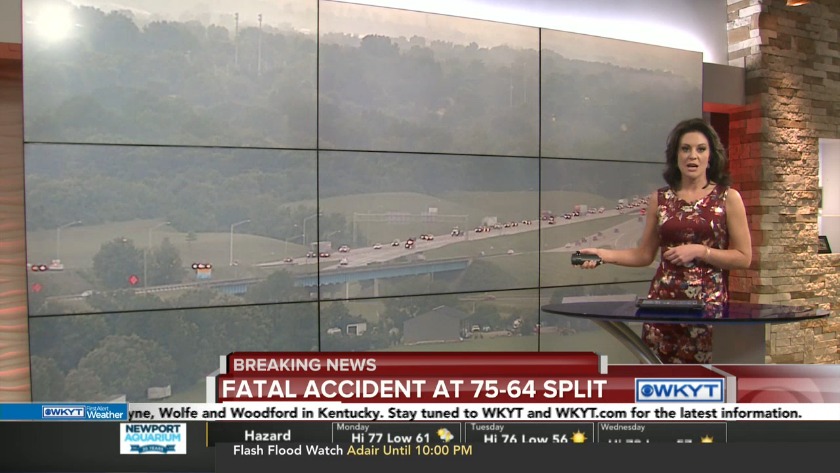 LEXINGTON, Ky. (WKYT) - Crews have cleared the scene of a deadly Monday morning crash on an Interstate highway in Lexington.

The Fayette County Coroner's Office is at the scene of a deadly crash at the I-75/I-64 southern split in Lexington. (Photo: WKYT)

The Fayette County Coroner's Office responded to the crash, which was on the ramp from Interstate 75 southbound to Interstate 64 eastbound at the southern split.

The coroner identified the victim as 50-year-old Valeria Nelson of Huntington, West Virginia.

Lexington police confirm that the coroner has been called to the scene of a crash underneath the overpass near the I-75 S and I-64 E split. pic.twitter.com/P6ZR8vWjmm