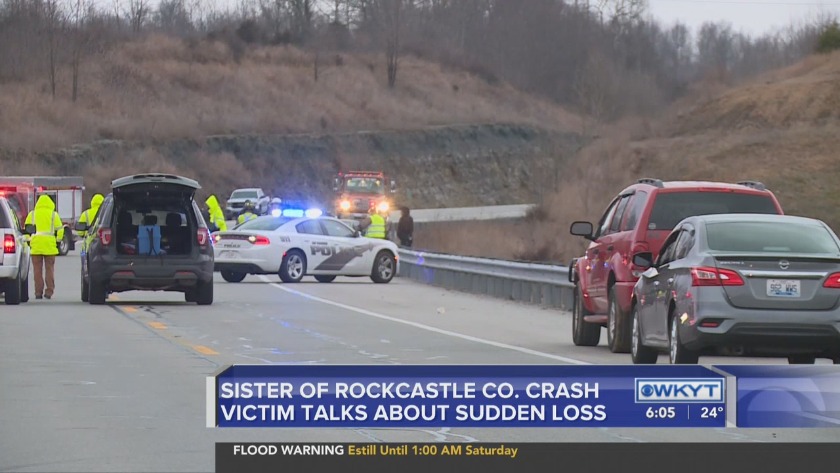 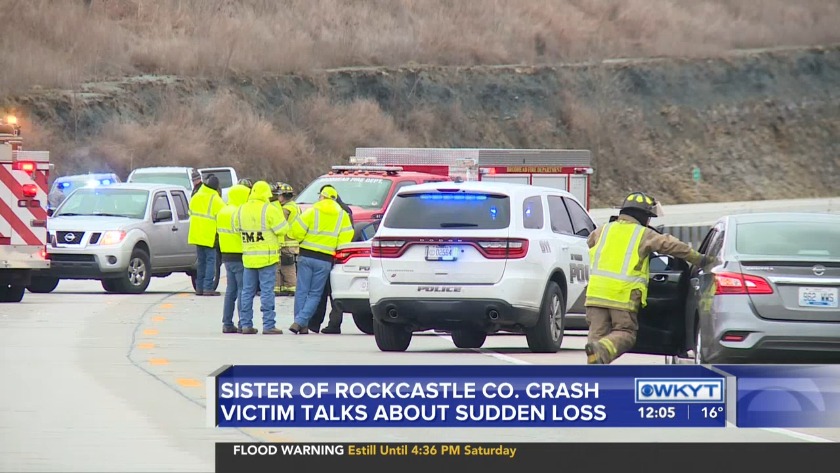 BRODHEAD, Ky. (WKYT) – A fatal crash in Rockcastle County has an entire community in mourning.

Jennifer Bishop was one of three people killed in a crash on Thursday in Rockcastle County. (Photo: WKYT/Chelsea Jones)

"This just really, it really rocks you to the core," says Marisa Albright, sister of Jennifer Bishop, one of three people killed in the crash.

The crash happened Thursday U.S. 150 between Highway 461 and Brodhead. Kentucky State Police say one vehicle swerved into the opposite lane sideswiping one vehicle and hitting another head-on.

"She was just a happy, funny beautiful soul,” remembers Albright. “She made everyone around her happy."

Albright works as a school teacher in Mt. Vernon and knew about the crash, but had no idea her sister was involved.

"Our principal came over the speaker and said anyone who lived in the Brodhead area needed to take an alternate route."

A phone call would later turn her world upside down.

"She and her husband, they were so in love and had only been married a few years and were looking forward to having a family of their own," says Albright.

The coroner says William Emerson of Lancaster and another person also died in the crash. Investigators do not believe drugs, alcohol, or distracted driving played a role.

At such a difficult time, Jennifer's family is grateful for the support.

"I don't know how many hundreds of text messages, Facebook messages, phone calls, and visits that I have received. I am so thankful."

Jennifer Bishop’s family is making funeral arrangements. They plan to have a public visitation.