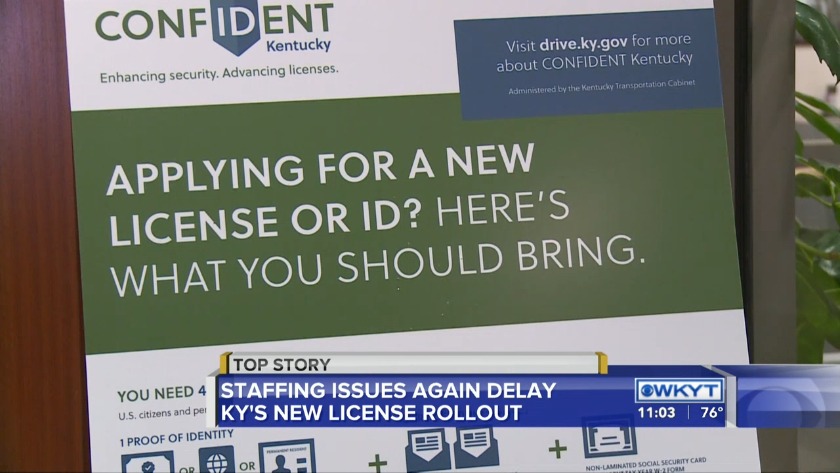 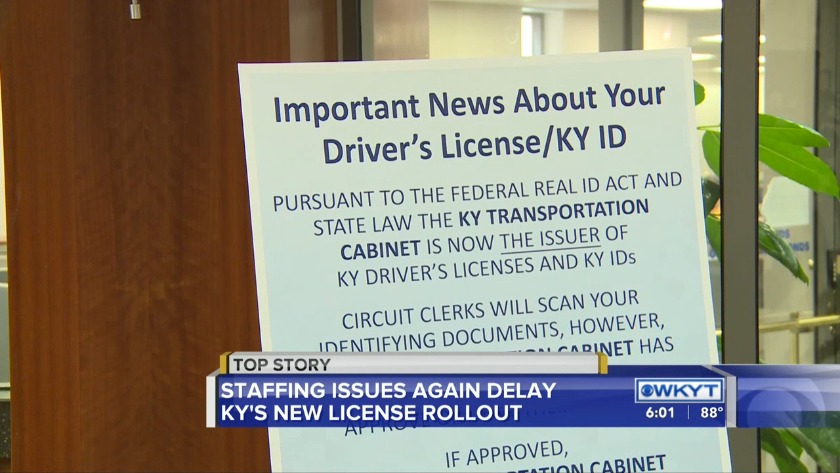 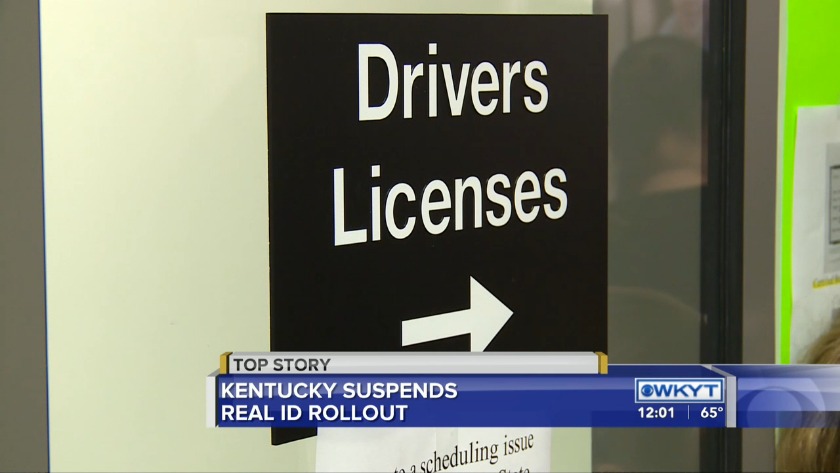 FRANKFORT, Ky. (WKYT) - Kentucky's plan to make its driver licenses federally compliant has hit another delay, as staffing issues are leading to a change in strategy.

WDRB was first to report the story.

"KYTC is halting installation and implementation of the VTID issuance technology and equipment in any additional Circuit Court Clerk's office beyond the two existing pilot locations," Thomas wrote. "KYTC is currently making efforts to secure funding that will allow us to establish regional facilities to assume all responsibility for issuing the [Voluntary Travel IDs.]"

KYTC will be the sole processor and issuer of federally compliant credentials, and they will be processed in field offices or other locations where the equipment is deployed. It believes this will be the best way for the state to reach the October 2020 deadline.

This change in deployment strategy has prompted the Administrative Office of the Courts to encourage Kentuckians to apply for a passport if they have an immediate need for a federally compliant credential.

Thomas said clerks in the two counties had to divert staff from essential court functions to assist with the driver license workload.

Existing licenses are still valid until their expiration dates. The new IDs will have doubled lifespans, and the cards will be delivered by mail. The Voluntary Travel ID is $48.

You are still able to get your existing Kentucky license renewed, and they are still federally compliant until that deadline passes next year.