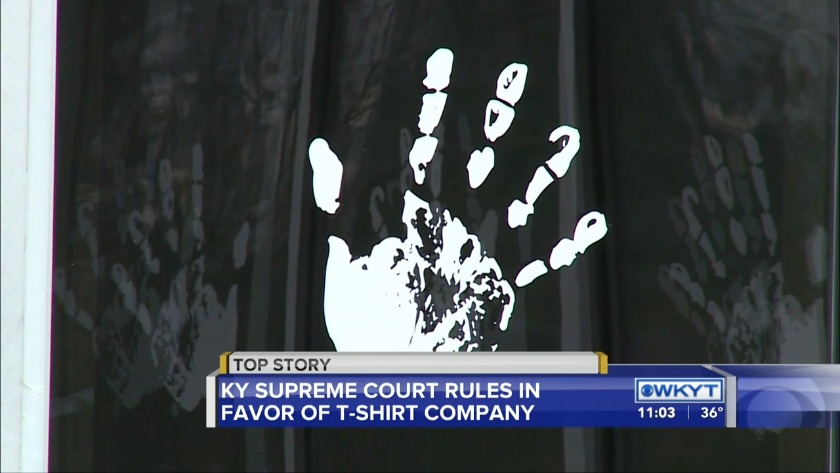 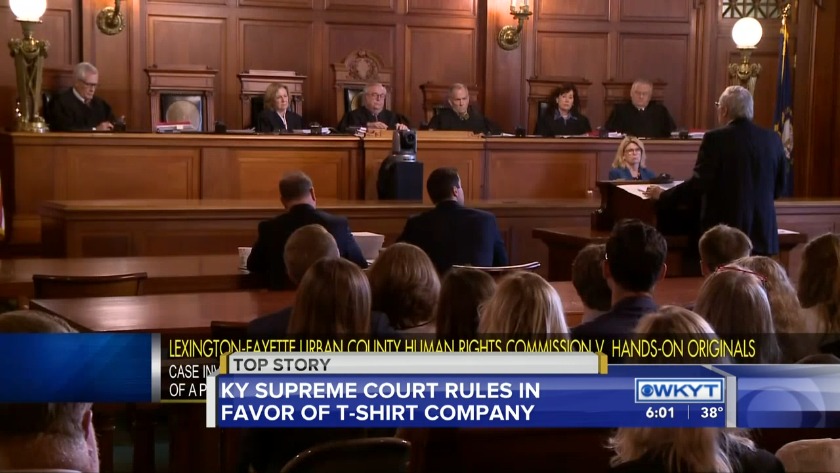 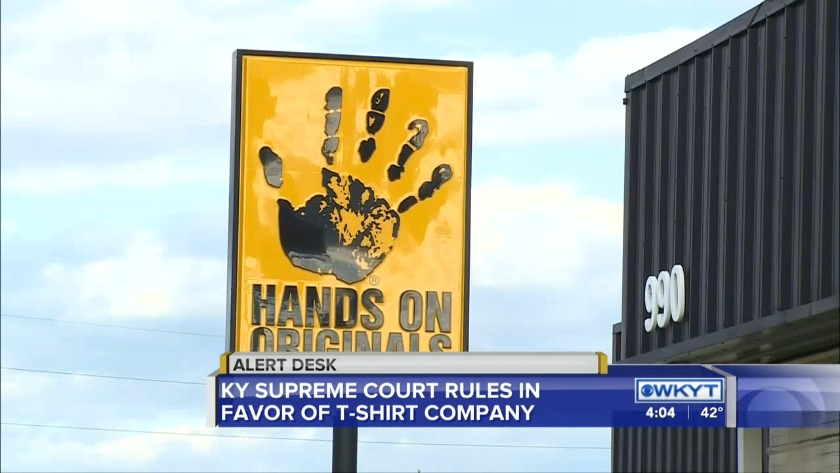 FRANKFORT, Ky. (WKYT) - The Supreme Court of Kentucky ruled in favor of a Hands On Originals, a Lexington t-shirt printing company that refused to print t-shirts for the city’s pride festival.

In the opinion, Justice Laurance VanMeter wrote the wrong party filed the suit, making it almost impossible to determine who was discriminated against.

In August, the Human Rights Commission argued before the court that a vendor has the freedom to choose what they sell but not to choose who they sell to. Attorneys on the other side countered that argument by saying you can object to a message and that, in this case, it’s permissible because Hands On Originals was being asked to create speech through a t-shirt.

In 2012, the owner of Hands On Originals, Blaine Adamson, refused to print the shirt due to his religious beliefs. The city of Lexington said it violated the city's fairness ordinance. The ordinance prohibits a public accommodation from discriminating against individuals based on their sexual orientation of gender identity.

In the ruling, justices found that no individual claimed Hands On had discriminated against them. The state law defines an individual as one single human. You can read the full excerpts of the cited state laws in the ruling below.

The Gay and Lesbian Services Organization (GSLO) was the original party to bring the lawsuit before the Lexington Fayette Urban County Human Rights Commission.

Therefore, justices ruled only an individual can file a discrimination lawsuit, and GLSO did not hand standing under the ordinance to bring a claim.

"While this result is no doubt disappointing to many interested in this case and its potential outcome... including issues related to freedom of expression and religion," wrote Justice VanMeter.

Justice David Buckingham wrote the Human Rights Commission "went beyond its charge of preventing discrimination" and later tried to "compel Hands On to engage in expression with which it disagreed."

Justice Buckingham also argued laws surrounding free speech are under strict scrutiny, but "when expression is involved ... 'a publisher may discriminate on the basis of content' even if that content relates to a protected classification."

The record discloses three essential facts, which are conceded by the Commission: First, Hands On has an established practice of declining orders because of what Hands On perceives to be their morally-objectionable messages, no matter who requested them.

In the two years preceding the hearing in this case, Hands On declined thirteen orders on the basis that it believed the designs to be offensive or inappropriate, including refusal to print shirts promoting adult entertainment establishments, pends promoting a sexually explicit video, and shirts containing a violence-related message.

Second, Hands On accepted and completed an order from a lesbian singer who performed at the 2012 Pride Festival.

Third, at no time did Hands On inquire or know the sexual orientation or gender identity of the persons with who it dealt on behalf of GLSO.

These facts indicate that Hands On was in good father objecting to the message it was being asked to disseminate.

“Today’s decision makes clear that this case never should have happened," said Alliance Defending Freedom (ADF) Senior Counsel Jim Campbell, who argued before the state supreme court on behalf of Adamson and Hands On.

“The First Amendment protects [Adamson]’s right to continue serving all people while declining to print messages that violate his faith," Campbell said.

Hands on Originals Ruling by WKYT on Scribd

BREAKING: The Kentucky Supreme Court issued an opinion siding w/ Hands On Originals. The opinion dismisses the case against the Lexington business that declined to print a tshirt for the 2012 Pride Festival.

The opinion says the Gay and Lesbian Services organization, the original party bringing the lawsuit, did not have statutory standing in the case. https://t.co/yosdzDHvGW