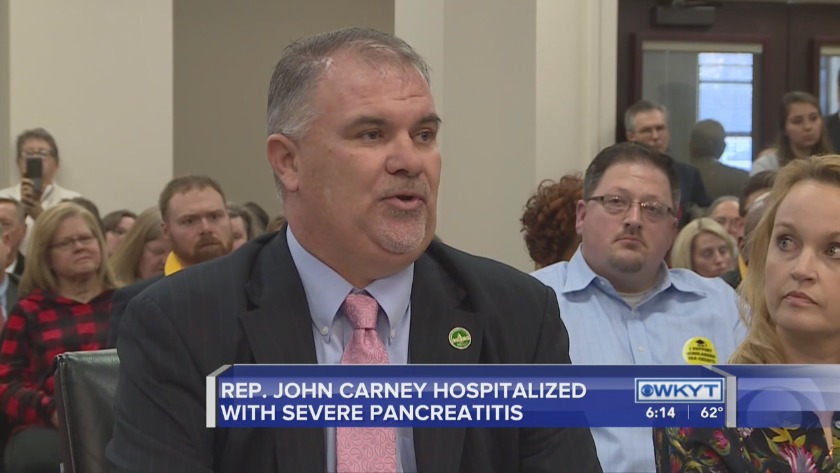 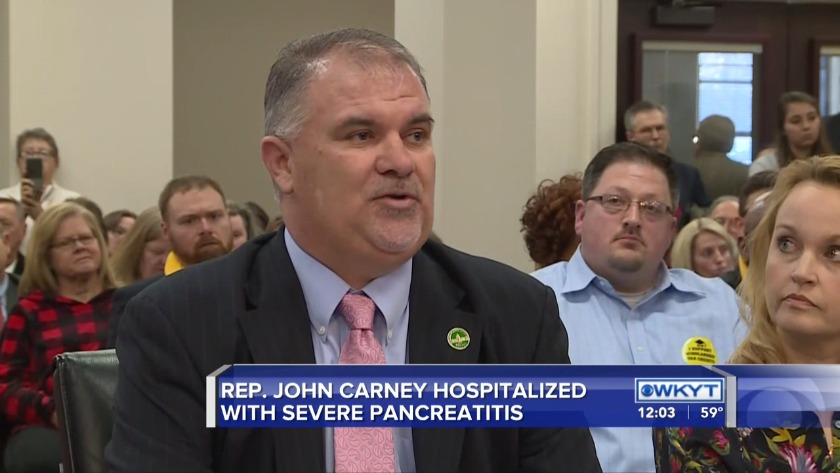 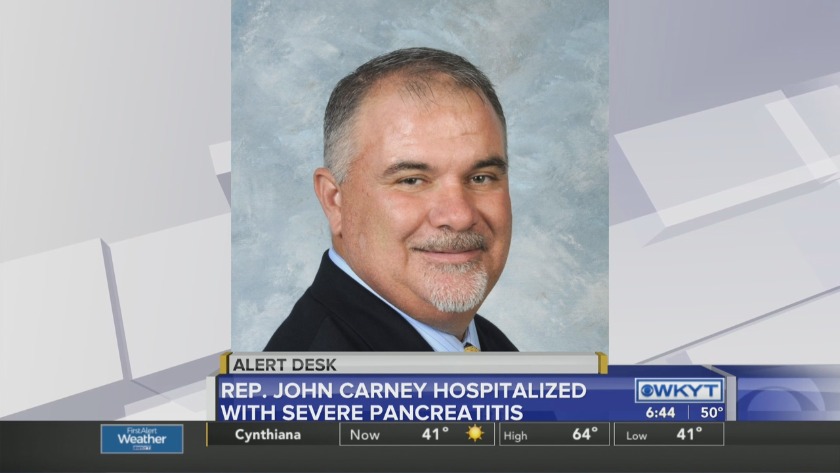 FRANKFORT, Ky. (WKYT) - State legislator John "Bam" Carney is in the ICU with a severe case of pancreatitis, according to a family member.

Mark Carney posted a message on behalf of the Carney family on Facebook on Wednesday night.

Carney began getting sick on Sunday afternoon and went to the emergency room around 4 a.m. on Monday, according to the post. He was "quickly diagnosed as a very sick man with pancreatitis," and was sent to Norton Hospital in Louisville.

Carney underwent two surgeries on Monday and was then placed in the ICU where "things got critical" on Wednesday, according to family.

"Doctors say he is probably the sickest patient they have in hospital now," Mark Carney wrote.

The post goes on to say Carney "could have feeding tubes for weeks and drain tubes for months."

Rep. Carney is the House Majority Floor Leader and a Republican from Taylor County. He has served in the legislature since 2009.

The House Democratic Caucus joins with all of KY in offering our prayers for Rep. John “Bam” Carney’s full recovery.

While the legislative process may at times be contentious, we are all one big family that stands together in times of personal difficulties for our fellow members.