State of emergency declared in Harlan Co. after mudslide 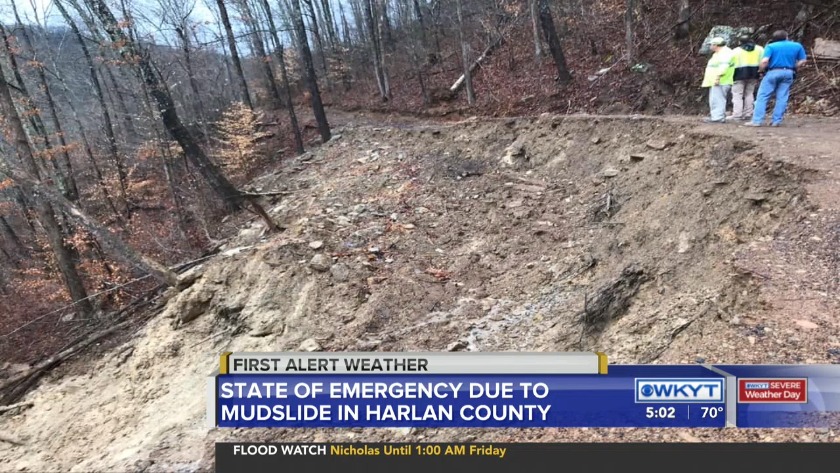 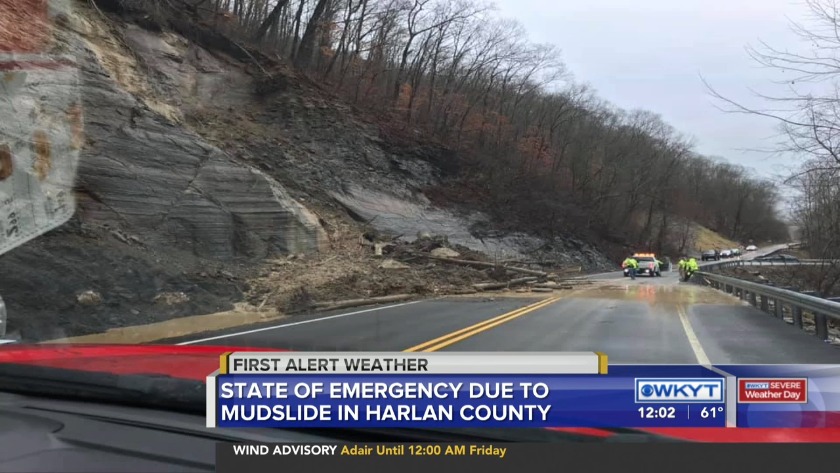 WATCH Mudslide leads to state of emergency in Harlan Co.

WATCH State of emergency declared in Harlan Co. after mudslide

HARLAN COUNTY, Ky. (WKYT) – A state of emergency has been declared in Harlan County in the wake of a mudslide that closed lanes of a highway and is endangering nearby homes.

Harlan County Judge Executive Dan Mosley says the slide is on KY 72, near Pruitt’s Curve and HWY 2425. Currently, the roadway has been reduced to one lane as crews on the scene work to clean up debris.

In a post to Facebook, Mosley says the county has voiced concern to highway officials about the area around the mudslide, after reports in previous weeks of smaller slides damaging vehicles. He says the rain Wednesday night, on ground that was already saturated, prompted the slide on Thursday.

According to Mosley, over 300 homes are impacted by the slide, making emergency and transportation services to those affected highly problematic.

In declaring a state of emergency, officials are calling on the state to help stabilize the mountain side, and restore services to the homes impacted by the mudslide.

Southeastern Kentucky seems to be a trouble spot with landslides in the state, but why? Matt Crawford, a Geologist with the Kentucky Geological Survey team at UK says the terrain is one of the factors with these slides. "Very steep slopes, particular geological units that are weak, that develop weak soils, that are also susceptible to slope movement."

While these causes for slides set the stage for this to happen, it's the rainfall that triggers the movement. "The event that sort of sets off the motion, so, most of the landslides in Kentucky are rainfall triggered landslides. Where these underlying causes
are there for a long time. It's just that right rainfall event that sets this off," said Crawford.

Harlan County has has recorded well over 80" of rain since the start of last year. That's nearly two times the normal annual amount.