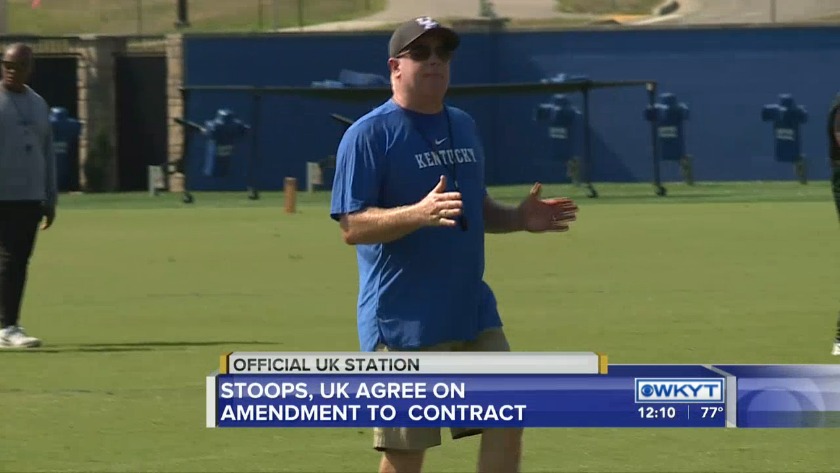 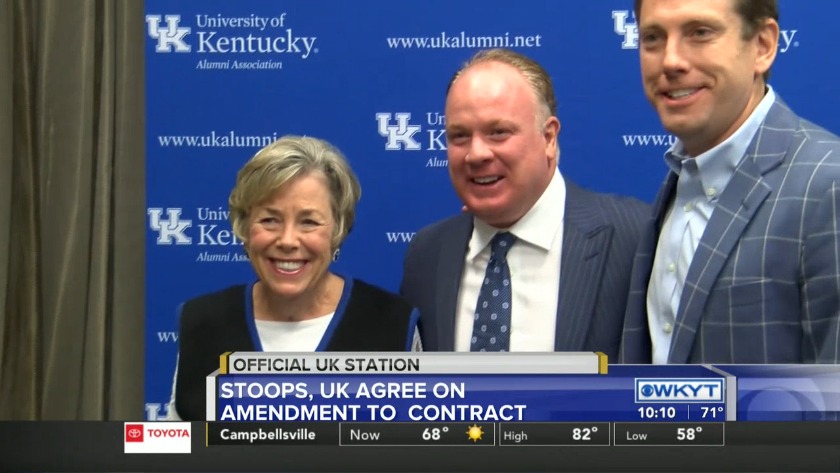 LEXINGTON, Ky. (WKYT) - Coach Mark Stoops is losing some incentives and gaining others under a newly restructured contract with the University of Kentucky.

Stoops will receive an additional $500,000 annually as a result of the new contract.

The term of the contract isn't changed. Stoops is still signed on to coach at UK through June 30, 2025.

One incentive Stoops is losing is a $250,000 pay-out for the seventh and eighth win each season. Instead, Stoops will get $250,000 for each win beginning with the ninth win of each season.

"This amendment has been in the works since early this off-season and it was important that we finalize it before the start of the 2019 season," Athletics Director Mitch Barnhart said. "Mark has led our program to outstanding on-field results these last six seasons, culminating in a historic 2018, as well as success in recruiting and player development. Just as importantly, he shares our commitment to the growth of our student-athletes and to building Kentucky football into a championship program. We are pleased to acknowledge that success and that shared commitment."

"I appreciate the continued confidence shown by Dr. (Eli) Capilouto and Mitch Barnhart in the progress we've made and our plans for the future," Stoops said. "I'm thankful to everyone involved with building the success of Kentucky football – players, coaches, staff and our great fans in the Big Blue Nation. I'm excited for the opportunity for continued growth of our program."

The new contract comes on the heels of Kentucky's most successful season in decades.

GOOD QUESTION: How are youth sports going to work with social distancing?

GOOD QUESTION: How are youth sports going to work with social distancing?