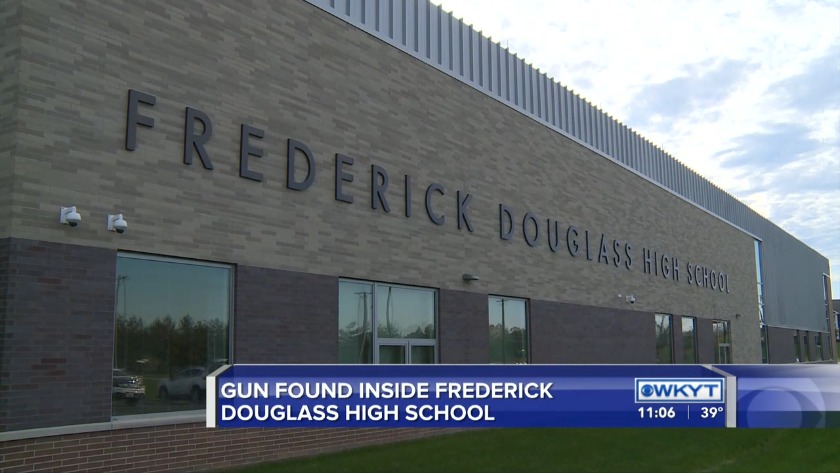 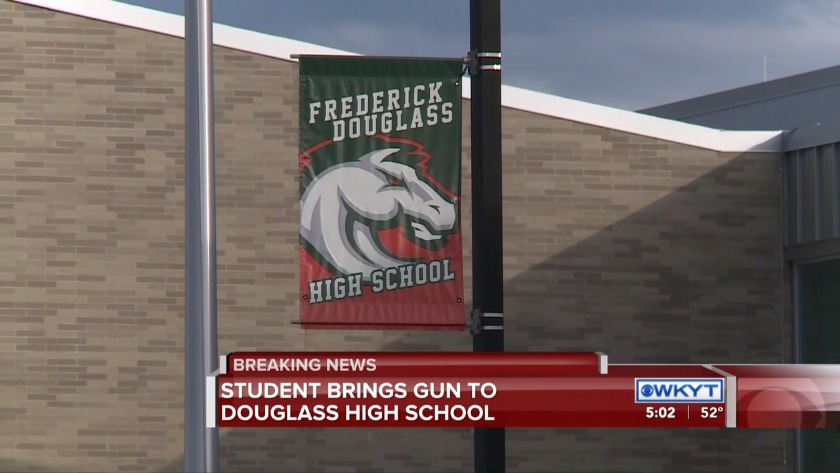 WATCH Student gets loaded gun through security at Frederick Douglass

LEXINGTON, Ky. (WKYT) - A student was caught with a gun at Frederick Douglass High School in Lexington.

A letter sent to Frederick Douglass High School families says the underclassman checked in after the school day started and was wanded with a handheld metal detector before his backpack was checked. The gun was considered "well-concealed" and undetected.

The student was found with the gun while being disciplined later in the day.

"We are working with our contracted security ambassadors to revisit search procedures. The student has been charged with possession of a weapon on school property and possession of a stolen handgun. He will face serious administrative consequences through the school district, and may also face legal consequences through the juvenile court system," principal Lester Diaz said.

Administrators say the student likely didn't intend to use the gun while at school.

Frederick Douglass High School had walk-through metal detectors installed in May. The school has to physically search backpacks because of the metal already present on them.

A 16-year-old student was injured from a self-inflicted gunshot wound at the high school in March. This prompted a significant law enforcement response.