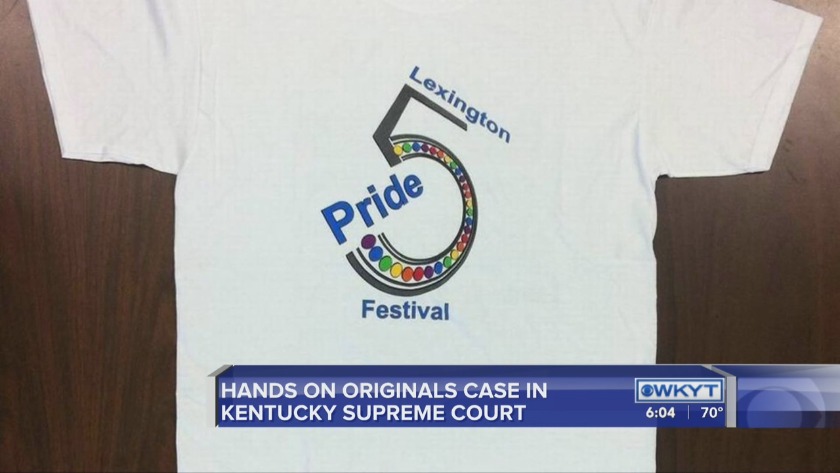 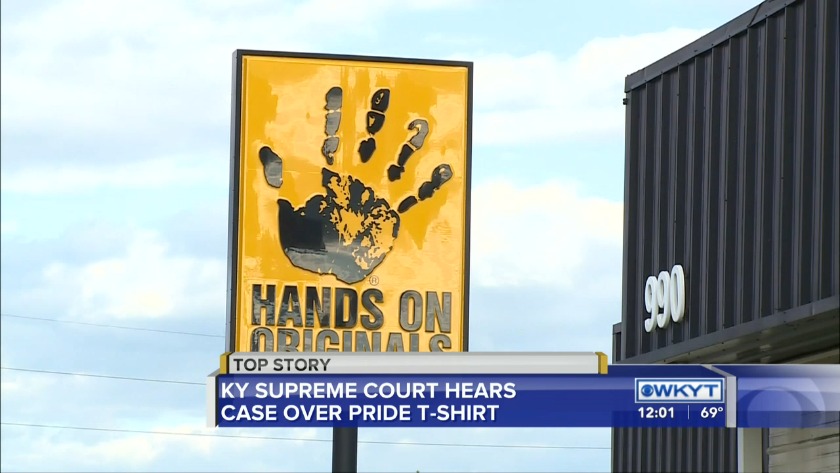 FRANKFORT, Ky. (WKYT) – Arguments lasted about an hour inside the Supreme Court chambers Friday about whether or not Hands On Originals, a Lexington t-shirt printing company, violated a Lexington Fairness Ordinance in 2012 by refusing to print t-shirts for the city’s pride festival.

The legal battle started in 2012 and is now being heard by the Kentucky Supreme Court. (Photo: WKYT)

The attorney for Lexington’s Human Rights Commission starting out by showing the design of the t-shirt requested by Lexington’s Gay and Lesbian Services Organization that triggered a legal battle that’s been going on for years.

In 2012, the owner of Hands On Originals, Blaine Adamson, refused to print the shirt due to his religious beliefs. Today, his attorneys argued that this was an objection to the message – not to the person or protected class requesting it.

Adamson spoke after the arguments, saying “I don’t walk into my business every day and leave my faith at the door.”

The Human Rights Commission argued that a vendor has the freedom to choose what they sell but not to choose who they sell to. Attorneys on the other side countered that argument by saying you can object to a message and that, in this case, it’s permissible because Hands On Originals was being asked to create speech through a t-shirt.

The Supreme Court justices will take these oral arguments into consideration before making a decision and issuing a ruling at a later date.

Hands On Originals owner “I don’t walk into my business everyday and leave my faith at the door.” pic.twitter.com/x9Lzg4SR9X