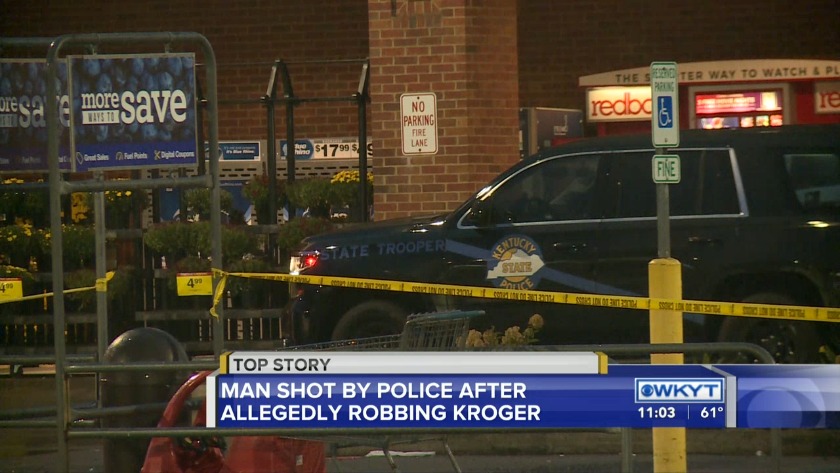 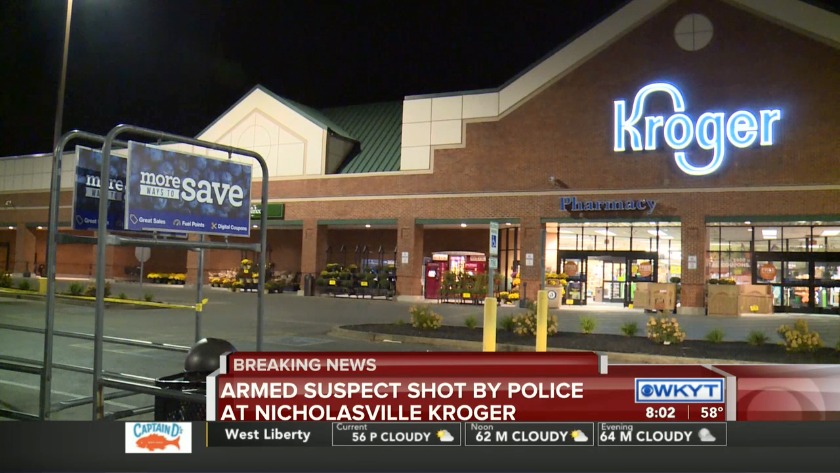 NICHOLASVILLE, Ky. (WKYT) - A suspect is in the hospital after being shot by police in Nicholasville.

Officers say just before 1 a.m. Sunday, they were called out to the Kroger on South Main Street where a man had forced his way into the pharmacy with a gun.

They say Welsch held an employee at gunpoint to get into the locked pharmacy area since it was already closed.

When police arrived, they say they approached Welsch inside the pharmacy, who then pointed his gun at officers. They fired at him, injuring him.

Officials say Welsch was taken to UK Hospital with non-life-threatening injuries. Police say they arrested Welsch after following his release from the hospital.

No officers or Kroger employees were hurt.

Welsch is charged with robbery in the first degree. Police say more charges may be coming at a later date.

The Kroger on South Main Street in Nicholasville was closed Sunday while officials investigated.

Police say employees are advised not to come to work until further notified by store managers. All store deliveries for Sunday are canceled, as well.

Welsch is lodged in the Jessamine County Detention Center.