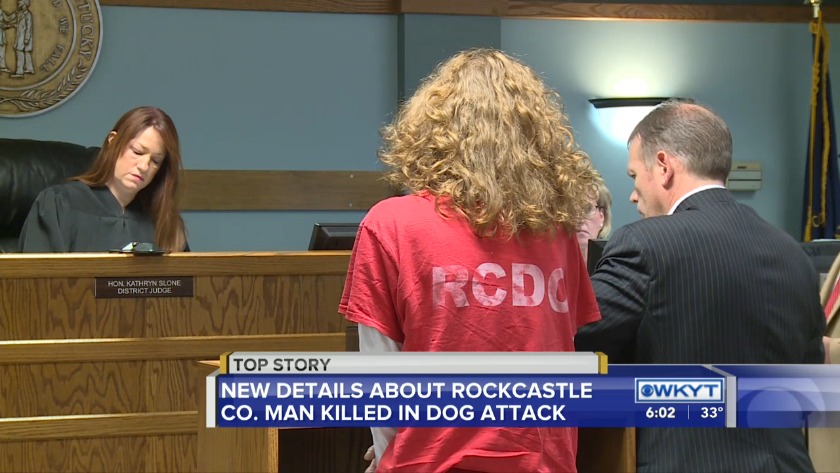 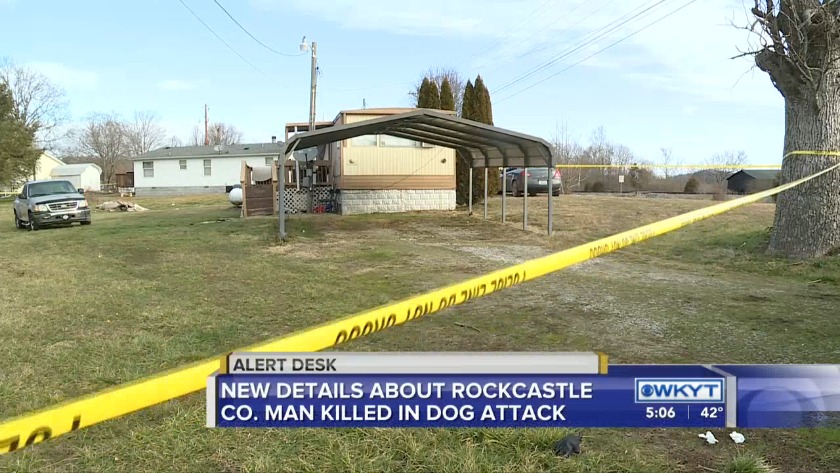 MOUNT VERNON, Ky. (WKYT) – Court testimony offered Wednesday in the hearing of a Rockcastle County woman accused of murder paints a disturbing picture of the night the incident occurred.

Melissa Wolke appeared in court to answer to a murder charge on Wednesday. (Photo: WKYT/Krista Frost)

Melissa Wolke is charged in the death of Donald Abner, 55, of Richmond, Ky., in an attack that involved a vicious dog.

The pit bull was acting so aggressive, KSP says officers were not able to help the victim. Troopers say they then had to shoot the dog.

KSP Detective Ryan Loudermilk testified Wednesday a neighbor reported hearing sounds of a party throughout the night, but hours later, heard noises again. When the neighbor went to check on the sounds, they reportedly saw Wolke on top of Abner, assaulting him and saying, “Good boy, get him,” to the dog.

At that point, the neighbor called the police and took a video of the attack with his phone. Later, the neighbor reportedly told investigators he was too scared for his safety to approach the scene. He said he had deleted the video because it “made him sick to watch.”

Officers who examined the phone were unable to recover the video, and say no additional surveillance video could be found in the area.

When investigators went inside Wolke’s home to search for evidence, they say – aside from a drink coaster on the floor – Wolke’s home appeared to be neat, with no signs of a disorder or struggle.

No drugs were found at the scene, and officers say the only alcohol found was a mostly empty bottle of Jagermeister.

Detectives say the incident happened at 3 a.m., but when they went to jail to talk with Wolke seven hours later, she was still too intoxicated to be interviewed.

Det. Loudermilk also testified on his interview with Wolke, during which Wolke said she appeared distraught and began crying, telling him repeatedly, “Oh my God, I went redneck on him.”

Wolke also told investigators that she didn’t remember much, and couldn’t recall any fighting.

She also, however, told detectives that she has a bad history with drinking, and even gave it up for some time because of previous troubles with alcohol. Wolke claimed she has a history of blacking out on alcohol, and also warned Abner that she could blackout.

Wolke also said she had been at the home for about three months, and that Abner was staying with her.

She claimed Abner didn’t have a job or a car, and she wasn’t sure how he planned to stay with Wolke.

Wolke also said the two had been good friends for 20 years and never made any comments of ill will or anger about Abner while being interviewed.

Wolke also told investigators the dog’s name was ‘Denali,’ and said the pit bull was a former fighting dog. She did say, however, that while she owned the animal, it was friendly and obedient.

Investigators testified that no weapons were found on Abner when they searched him.

The initial cause of death from an autopsy report came back as asphyxiation.

The coroner says Abner had a broken bone in his neck, but as of now, it’s not an injury consistent with dog bites.

Wolke's lawyer questioned whether she would face an intentional or wanton murder charge.

Both the judge and prosecutors say there is probable cause for either charge. They say the testimony that puts Wolke on top of the victim causing harm favors an intentional charge. In contrast, a wanton charge could be justified because Wolke allegedly told the victim she blacks out when she drinks and told detectives she had given up alcohol because of past trouble while drinking.

Wolke’s defense attorney again asked that her bond be lowered from $500,000; however, no changes to the bond were made.

Wolke will be back in court on March 30, but the appearance will be in relation to previous misdemeanor charges.