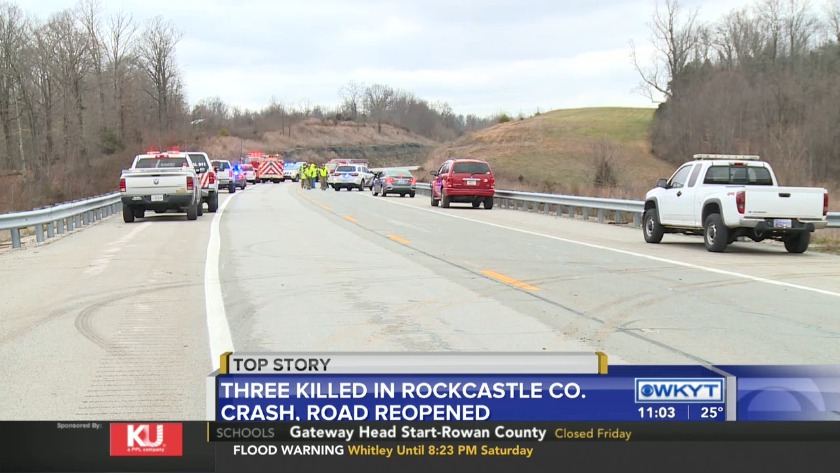 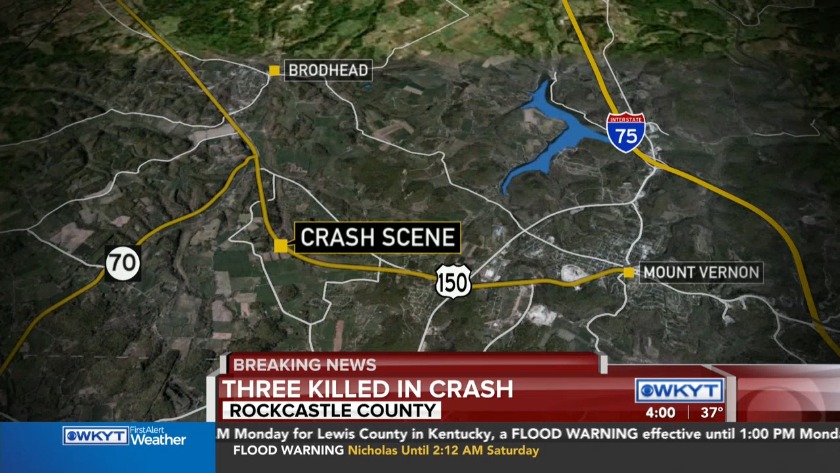 BRODHEAD, Ky. (WKYT) – The names of the three people killed in a crash in Rockcastle County have been released.

The Rockcastle County coroner has confirmed that three adults were killed in the crash. (WKYT)

The crash happened around 2:00 Thursday afternoon on U.S. 150 between Highway 461 and Brodhead.

State police say Emmerson was driving east on US 150 when he lost control of his vehicle.

He crossed the center line and crashed into two westbound vehicles, one driven by Bishop and the other by 69-year-old Dana Owens, Crab Tree, Ky.

No one was hurt in Owens' vehicle.

KSP says they do not believe drugs, alcohol, or distracted driving were factors in the crash.