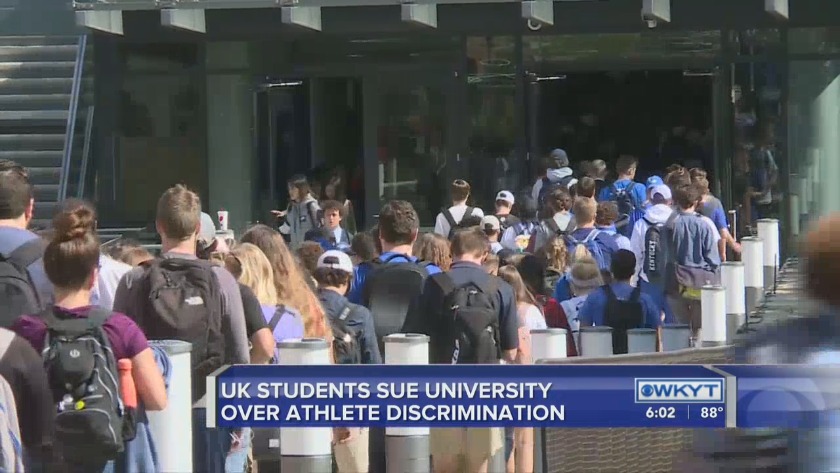 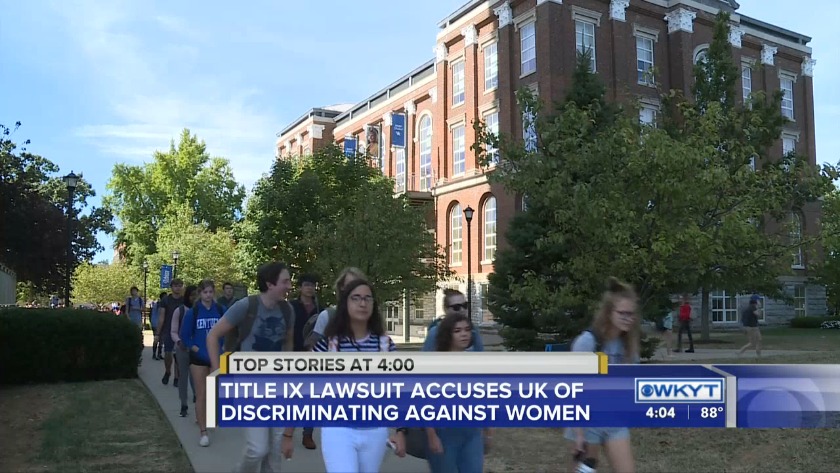 Plaintiffs Elizabeth Niblock and Meredith Newman are accusing the university of refusing to create varsity opportunities for women, and they claim the university needs to add 183 women to the athletic program to be in compliance.

Attorney Jill Zwagerman with the law firm of Newkirk Zwagerman, P.L.C. in Des Moines, Iowa is representing the plaintiffs. Zwagerman is a former NCAA Division I athlete who specializes in Title IX cases.

“This was a last resort to file the lawsuit,” Zwagerman said. “The only choice UK left them was to either shrivel up in the corner or fight. They chose to fight. And the only mechanism they have to fight is to file this lawsuit.”

Title IX is a federal law that states no one in the U.S. shall be excluded from discrimination under any educational program or activity based on sex if the entity receives federal assistance. This includes all educational institutions that receive federal funds. The law requires women and men to have equitable opportunities to participate in sports. This doesn't mean the same sports must be offered to both men and women, but it does mean that male and female student-athletes receive athletics scholarship dollars proportional to their participation.

The University of Kentucky's student body is 55 percent female.

The lawsuit claims there is a 183 woman participation gap. The University of Kentucky athletics website shows there are 69 more male athletes than female athletes on the team's listed rosters. The plaintiffs claim UK denied adding field hockey, lacrosse and triathlon varsity programs when the club teams approached the athletics department. The UK Title IX office and the Board of Trustees also denied the clubs' requests.

The plaintiffs also accuse Director of Athletics Mitch Barnhart of not adding female varsity programs despite a 2004 self-study which suggests the athletic department should expand opportunities for women.

University leaders disagree with the plaintiff's allegations and defend the athletic department.

"The University of Kentucky fully complies with Title IX and its regulations concerning participation in intercollegiate athletics. As a campus community, we care deeply about these issues," spokesman Jay Blanton said. "With 22 sports, UK has the broadest based athletics program in the Southeastern Conference. Based on our surveys of our students, the current sports offerings fully accommodate the interests and abilities of our undergraduate students."

Barnhart, along with UK President Eli Capilouto, were named in the lawsuit.

Niblock is a lacrosse and field hockey player who enrolled at UK in 2017, and the lawsuit states she would be interested in trying out and joining a varsity lacrosse or field hockey team. She decided to attend UK because it was closer to home and had a bigger school atmosphere even though she was recruited and signed with a Division I institution.

Newman, a rising junior, joined the club triathlon team as a freshman and was named the vice president of the club. She has expressed an interest to join a varsity triathlon.

The lawsuit states the plaintiffs are seeking "declaratory, injunctive, and monetary relief and the other judicial remedies available to them."

The Masters, NASCAR races postponed due to coronavirus

The Masters, NASCAR races postponed due to coronavirus