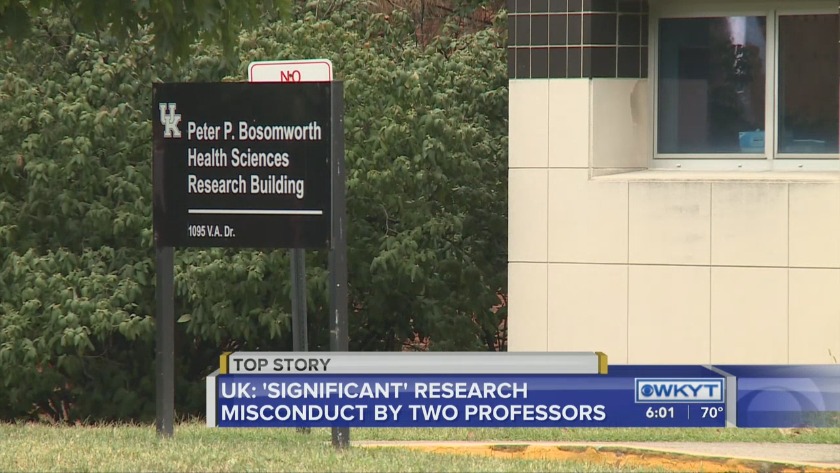 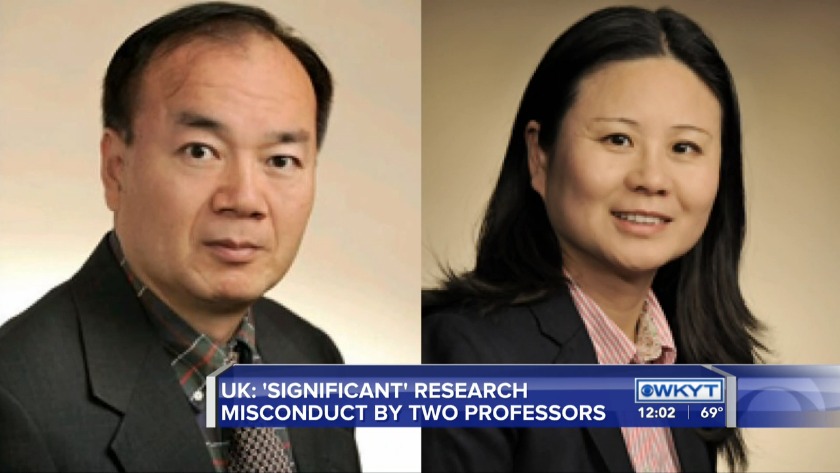 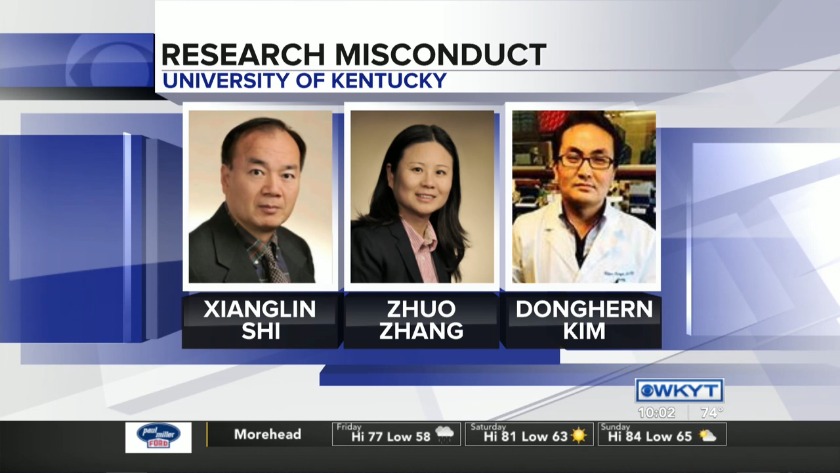 LEXINGTON, Ky. (WKYT) - The University of Kentucky says two of its professors and a research scientist are responsible for 'significant research misconduct' after it conducted an internal investigation.

The university announced Friday that it will seek the termination of professors Xianglin Shi and Zhuo Zhang in the Department of Toxicology and Cancer Biology in the College of Medicine as a result of the investigation. UK has already fired research scientist Donghern Kim, who worked in Zhang's lab.

UK officials say the two professors have been with the university for more than 10 years, primarily in a lab research capacity.

An internal investigation at UK focused on seven grant proposals and 60 manuscripts. Officials say they found patterns of potential data inconsistencies in many of them, leading them to uncover what they’re calling false and fabricated data.

The faculty labs were shut down, and the three are not allowed to contact the university or go on campus unless they are seeking medical care.

"As the University of Kentucky supports outstanding research to address Kentucky's most significant and protracted challenges, we are committed to a continual examination of our processes, policies, and procedures to protect against research misconduct. Our research must be conducted in an ethical and responsible manner, consistent with our published policies and standards," UK Provost David Blackwell and UK Vice President for Research Lisa Cassis said in a joint statement. "In the rare instances when researchers violate our expectations and standards, the University will act forcefully and without hesitation to investigate the misconduct, correct it, and take steps to prevent a recurrence."

University officials confirmed with WKYT the topics of research were related to the toxicity of metals.

A source outside the university alerted UK about the misconduct.

The university eliminated five staff positions because they were supported by grants that have to be terminated.

University officials say they're also working with grad students who used the labs. Several were reportedly close to graduating.