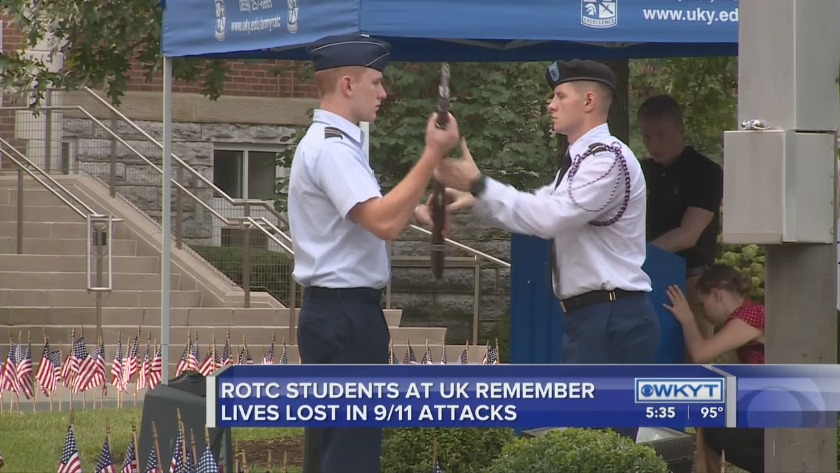 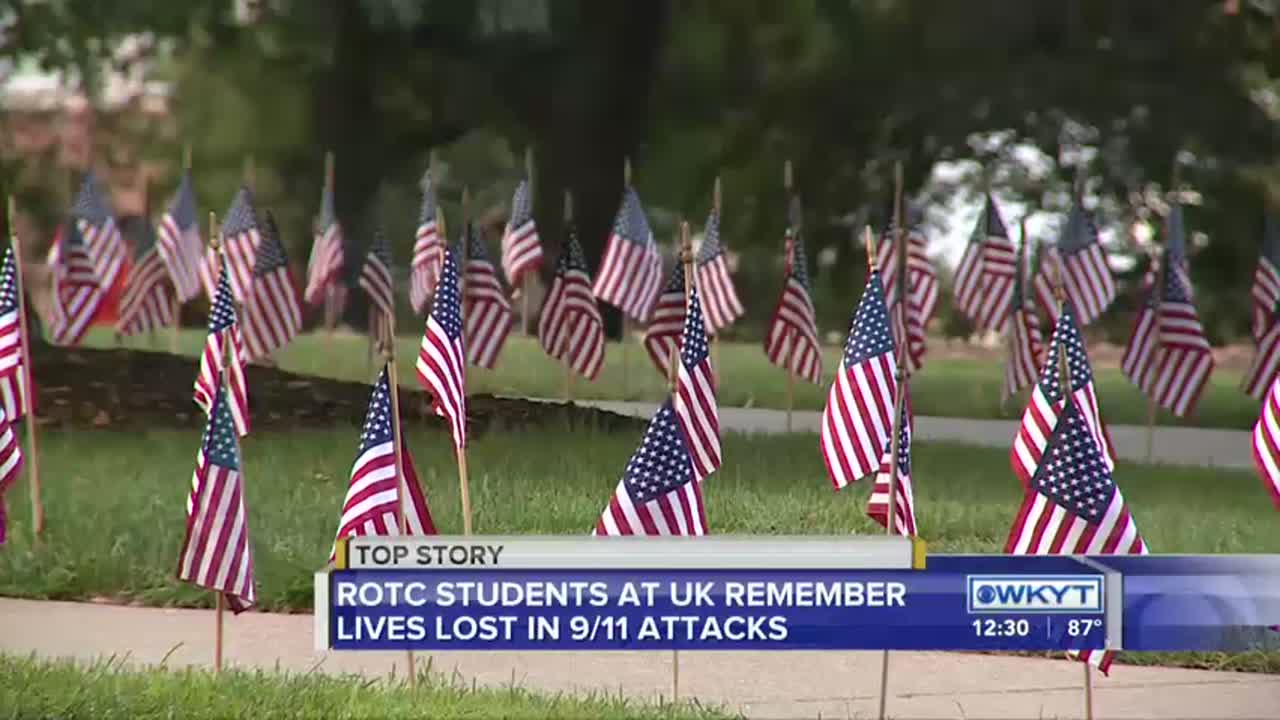 LEXINGTON, Ky. (WKYT) – The air was thick with emotion Wednesday as one-by-one 2,977 names were read aloud. Each name and each flag planted on the front lawn of UK's campus representing a life lost on September 11, 2001.

The names of the 2,977 victims who lost their lives on September 11, 2001, were read at a ceremony on the University of Kentucky campus. (Photo: WKYT/Andrea Walker)

This act of remembrance has become a tradition for the Army ROTC and Air Force ROTC programs at UK, as well as the community.

"If you didn't live it, it's not exactly the same,” says junior UK student Laurel McDowell. “But, I hope people do stop and take a moment to appreciate what they have and realize that every day is not a given."

Like so many others, McDowell remembers not only where she was 18 years ago, but where her family was as well.

"My dad was deployed at the time so that was a big shock. It was a shock to the nation."

McDowell is now a member of the Army Reserve, having just returned from 2 years active duty at Ft. Leonard Wood in Missouri.

Knowing her background, it's no surprise she was one of several students who stopped for a moment to observe today's ceremony.

Having lost loved ones herself, McDowell says it's important to remember those impacted by the tragedy.

"Not only our firefighters and EMS, but all the families who lost their loved ones. They woke up not knowing it was going to be their last day. So, for me, every day is a blessing, which is why I wanted to stop and thank the Lord for that and put my heart out there for the people who didn't get to come home."