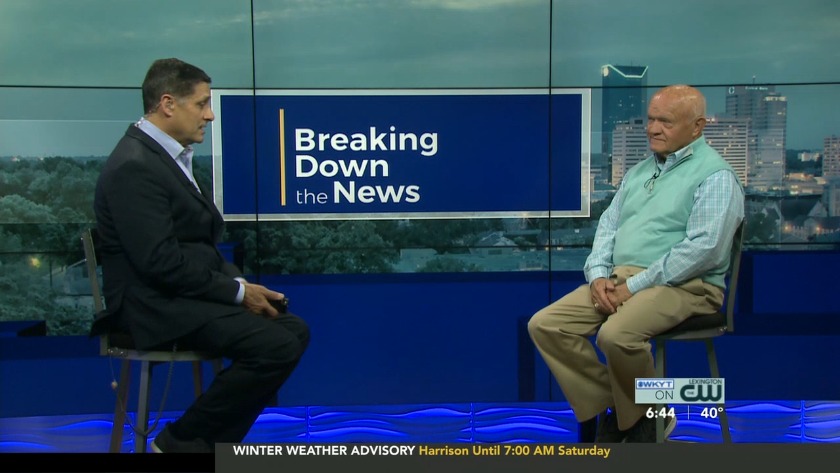 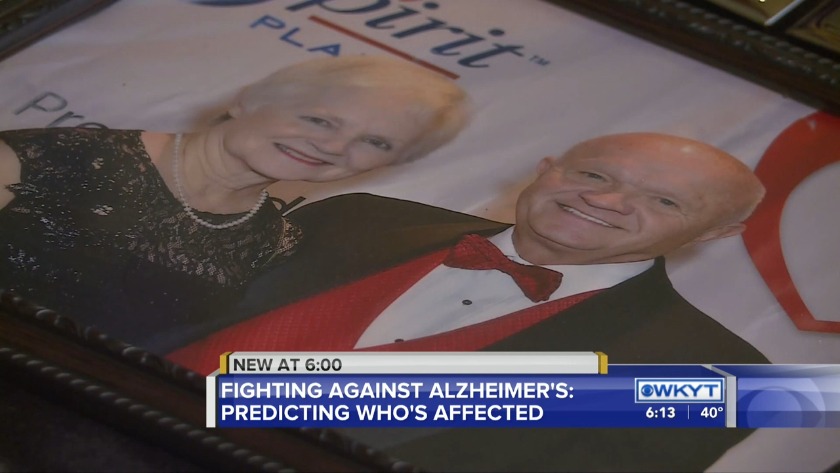 LEXINGTON, Ky. (WKYT) – There's a tendency to say Alzheimer’s disease and immediately think of the elderly. The fact is, however, the disease effects generations of families.

The emotional toll on the caregiver and their children, along with the cost of care and lost earnings are immense. It's estimated if nothing is done to stop Alzheimer’s, it will cost this country more than a trillion dollars in three decades.

Many people may not be aware that progress is being made at a top research facility in Lexington at UK’s Sanders Brown Center on Aging where one couple learned they were on a new, extremely difficult journey.

His wife Carol agrees with a simple, “yep.”

Carol Borkowski knows her husband, but she doesn't always recognize her daughter, Beth. It can be heartbreaking.

"Today is a good day, because some days she doesn't even know who I am,” says Beth.

Carol was diagnosed seven years ago, but Ron noticed some problems before that.

"She would say something, and two minutes later, it was the same thing, and that went over and over, but I didn't want to accept that, I was in denial."

After years of caring for his wife, Ron, who's 79, decided he needed help and brought her to The Willows at Hamburg. The separation from her hurt him deeply.

Ron explains, "I wasn't prepared for the loneliness that goes with it now. That after all that time I've been married, all of a sudden you're alone." Ron also appreciates the support he’s getting at The Willows.

Donna Wilcock, an Associate Director of Sanders Brown says, "Everybody is touched by this disease, everybody knows somebody who has had Alzheimer's, and it is awful, it is tragic to watch."

At UK’s Sanders Brown Center on Aging in Lexington where Carol was diagnosed, researchers have studied donated brains for thirty years. Contrasting healthy brains with a brain ravaged from Alzheimer’s reveals some of the damage done by the disease (see image, below.) The ridges of a healthy brain where long term memory is stored are tight and firm, unlike the same ridges in a diseased brain.

"I shouldn't be able to even get my fingernail between there really,” says Wilcock. ”In here I can get my whole fingertip in those gaps."
Where short memory is held, the diseased brain has a hole.

Sanders Brown researchers are looking at ways to predict, decades before Alzheimer's is diagnosed, that a person will one day have the disease. If they can do that and start treatments that delay the disease from taking hold, it will be significant.

Wilcock says, "If we can just delay the onset of Alzhemer's disease by 5-years, we can cut the incidence of Alzheimer's by 40%. That's almost half, and what that really means is that we're helping people age successfully, and live more independent lives for a longer period of time."

Ron and Beth have not given up on Carol. They don't have a cure or a treatment, but they have something else in an endless supply. The Borkowski’s are far from alone. This scene is being repeated every day by millions of Americans.

Beth says to her mom, "Love you mom. I love you, you know that right?"
Carol responds, "I love you.” It is a dramatic moment for her daughter to hear those spoken words.

Beth becomes emotional as she says, "Oh, I love you, too."

Busting the myths of Coronavirus

Busting the myths of Coronavirus