UK doctor rescued after being trapped during honeymoon in Hawaii 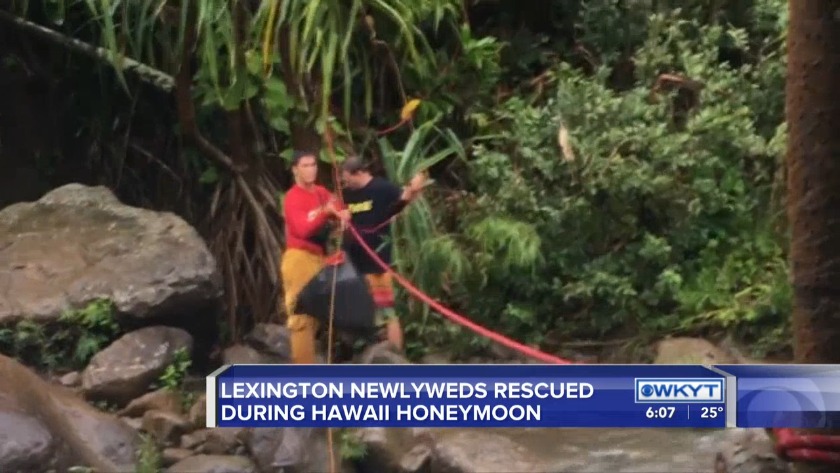 WATCH UK doctor rescued after being trapped during honeymoon in Hawaii 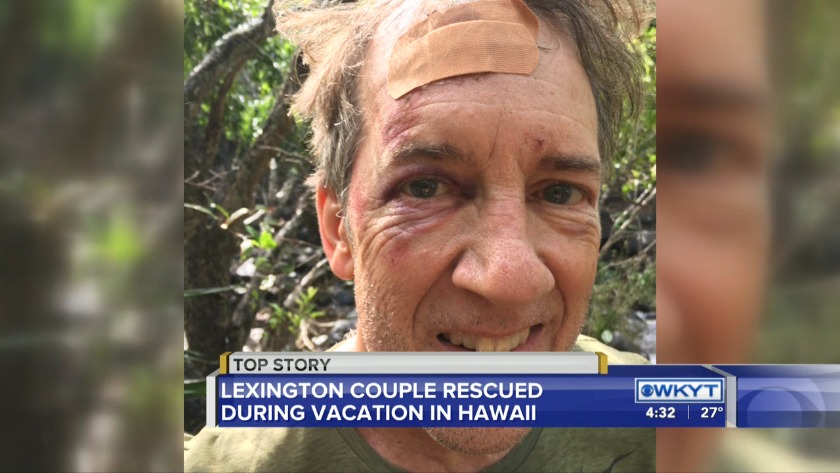 LEXINGTON, Ky. (WKYT) - The scar on Dr. Jackson Smith's head only tells a small part of the story. He and his wife, Teresa, kicked off their honeymoon by hiking a treacherous trail on the Hawaiian island of Kauai.

"We've been together for 16 years but got married this past August," Teresa said.

Dr. Smith and his wife, Teresa, are back in Kentucky after their honeymoon was a bit rocky.

"Watching him tumble down that hill was frightening," Teresa said. "And he hit a rock."

Dr. Smith's 30-foot fall was just the beginning of the dangerous hike, though.

The planned four-day adventure turned into six days after rain and floods trapped the newlyweds and 11 other people on the trail.

The trip was even too dangerous for firefighters, who could only send them food and drinks, providing the hikers with Gatorade, water, and some Cliff bars.

But by day six, they could finally bring the hikers to safety.

"One by one, these two big firemen carried us through the ocean to the other side," Dr. Smith said.

Not only did Dr. Smith and his wife become even closer during this scary time, but they also made lifelong friends, those 11 other hikers.

"Teresa made a great comment on our way out. She said, 'If the future of our world is dependent on the quality of those young people that we were with, we're going to be okay,'" Dr. Smith said.

They say this experience helped put life into perspective.

"Being dry, having dry clothes, access to clean water and food," Teresa said. "It really makes you appreciate it when those things are taken away from you."

Now, they're celebrating safety and the start of their marriage.