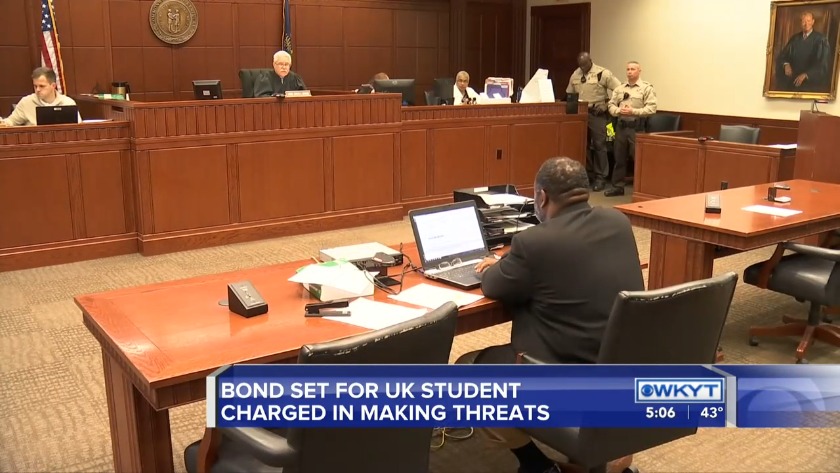 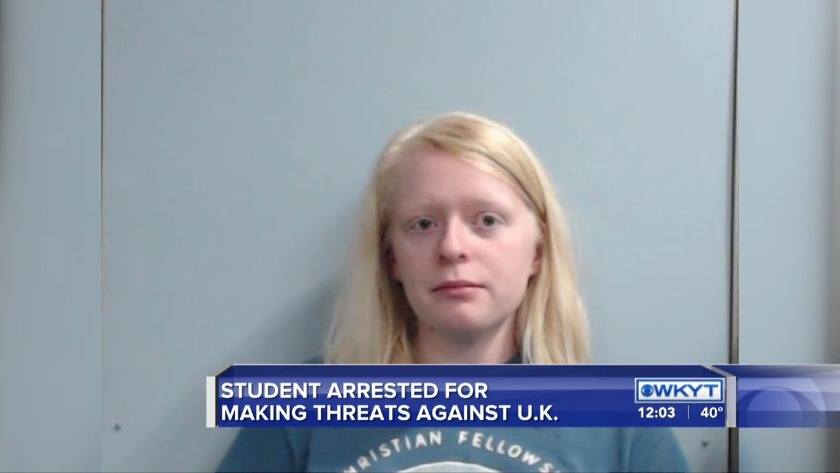 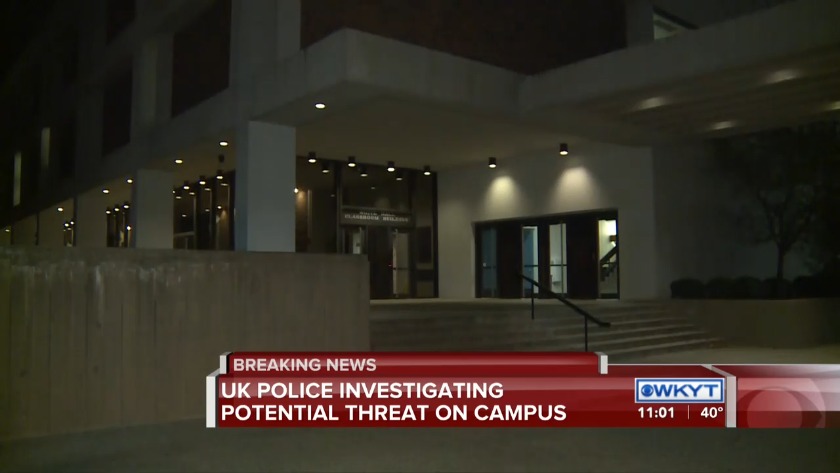 LEXINGTON, Ky. (WKYT) - Classes at the University of Kentucky are going on as normal with an increased police presence as the student accused of making social media threats was arraigned in Fayette District Court.

19-year-old Haily Duvall, the person police say first reported the threats, was arrested early Thursday morning. Police worked with the FBI Joint Terrorism Task Force to track down where the threats were coming from.

Their investigation led them to Duvall, who would admit to making the threats. Duvall is charged with terroristic threatening and filing a false police report. A judge set Duvall's bond at $1,000.

The threats would suggest a potential attack at White Hall on the UK campus.

Duvall not only contacted police, but she also contacted WKYT, saying she stumbled across the threats online. She would say the threats "should be fully investigated" during an interview.

The 19-year-old is from Glasgow and is a part-time employee with UK HealthCare. She could potentially face federal charges.

The Kentucky Kernel reports Duvall's first spread the information on the threats to a GroupMe chat with more than 3,000 members. The report also has a timeline of events leading to Duvall's arrest.

Duvall's next court appearance is 8:30 a.m. Nov. 26. Her pastor was at court Thursday afternoon. He said he would bail her out, but he has a lot of questions and wants to talk to her face-to-face. Duvall cried as the pastor spoke.

Duvall cried when her pastor stood up & said he’d post bond. He said after he has a lot of questions and wants to talk to her face to face.

Her pastor told us this is not the Haily Duvall he knows, and says a lot of those who know her are confused.

We know that although the suspect has been apprehended, members of our community may still feel distressed or anxious today & in the coming days. Resources are available on campus to help: @UKCounselingCtr, @UKPolice & the LiveSafe app. If you see something, please say something.