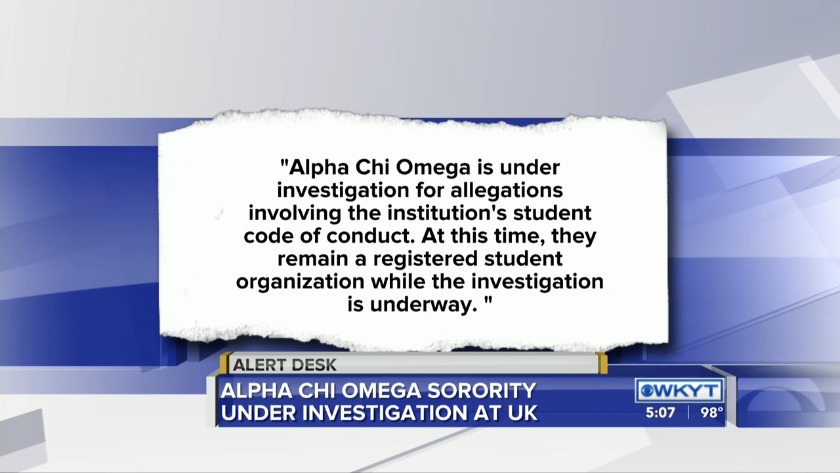 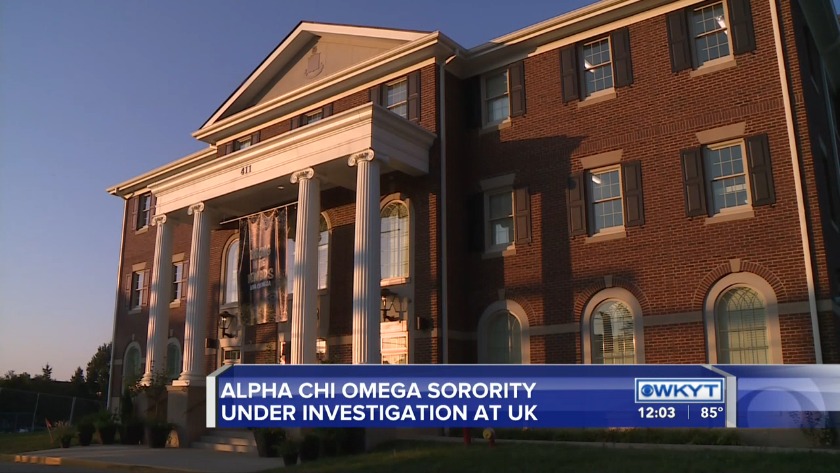 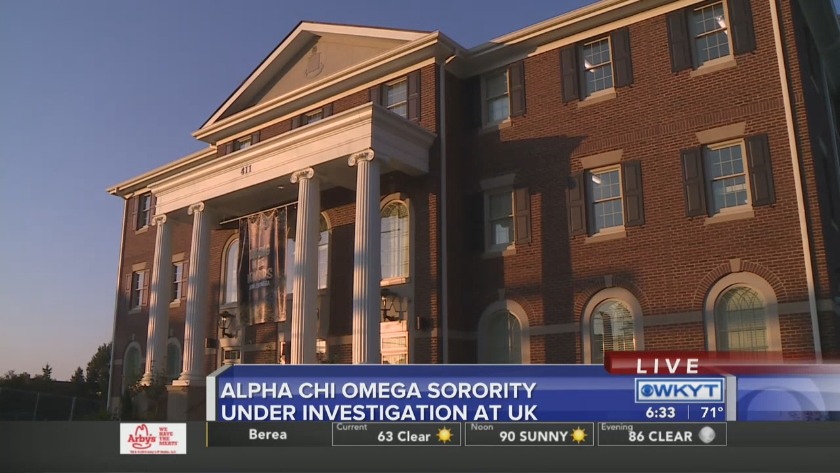 LEXINGTON, Ky. (WKYT) - The University of Kentucky has confirmed the Alpha Chi Omega sorority chapter is under investigation.

The Alpha Chi Omega chapter at the University of Kentucky is currently under investigation. (WKYT)

"There is an investigation underway that we are taking very seriously," Blanton said.

The chapter is under investigation for allegations involving the institution's code of conduct. The chapter will remain a registered student organization while the investigation is ongoing.

The University of Kentucky chapter was founded in 2015 and has since grown to be a large sorority on campus with more than 200 in the sorority.

The national chapter of Alpha Chi Omega released a statement saying, "We have spoken to university officials and are working to understand the allegations made against members of our chapter. Our hope is that we can partner with the university as they conduct their announced investigation; we remain committed to holding our members and chapters accountable if policy violations occur."

It is unknown when the University of Kentucky is expected to complete its investigation, but it said it will give the organization due process prior to any findings or sanctions.