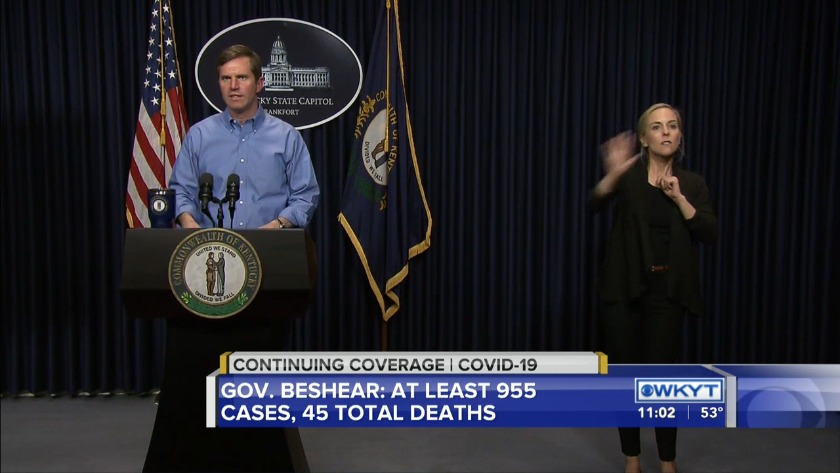 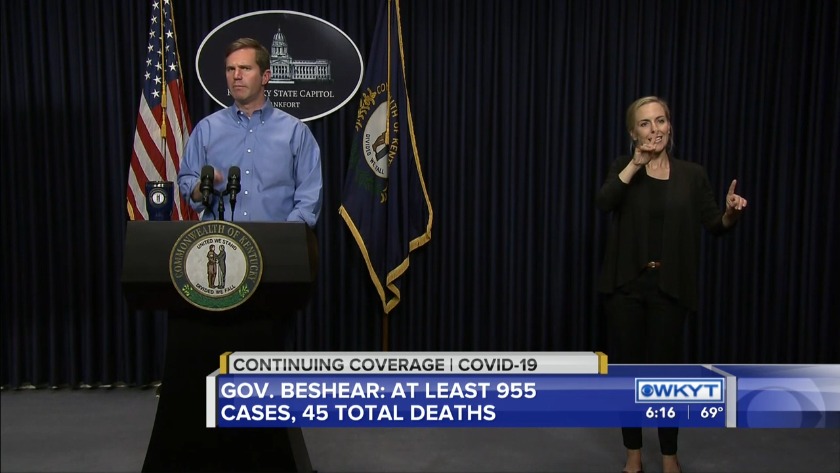 FRANKFORT, Ky. (WKYT) - Governor Andy Beshear held his daily news conference to give updates on the COVID-19 situation in Kentucky.

According to  the state COVID-19 website, the total number of cases on Sunday is now at least 955 with 45 total deaths. Saturday’s totals were 917 cases and 40 total deaths. Beshear says 306 people have recovered from the virus in Kentucky.

The governor says there were five new deaths reported on Sunday. Those deaths were reported in Jefferson, McLean and Shelby counties.

Although 38 new cases is lower than previous days, Beshear says we should still expect the peak to be sometime in early May.

Beshear confirms 18,767 tests have been performed so far in Kentucky, although he says they still believe the actual number is higher because of how many facilities in the state are testing.

Beshear says the state is working with Gravity Diagnostics to provide 2,000 tests per day to be used across Kentucky. He says those tests will start slowly and then ramp up, but will have a next-day turnaround. Those tests will rely on the number of swabs the state can get, which are also short in supply.

Beshear showed several graphics, one of them giving a visual representation of the projected deaths from COVID-19 in Kentucky.

A look at different models showing projected deaths in Kentucky. The governor said sacrifices we’re making are worth it to save lives. “These are real people. They’re real families. We cannot allow 11,000 extra people to die because we couldn’t follow the rules well enough.” pic.twitter.com/9Grmlrvi5k

Although the numbers are much higher now, Beshear says Kentuckians are doing better at social distancing this weekend than last weekend.

The governor says Kentuckians should not be traveling out of the state for any reason other than for essential things. He says folks should also limit traveling across state county lines.