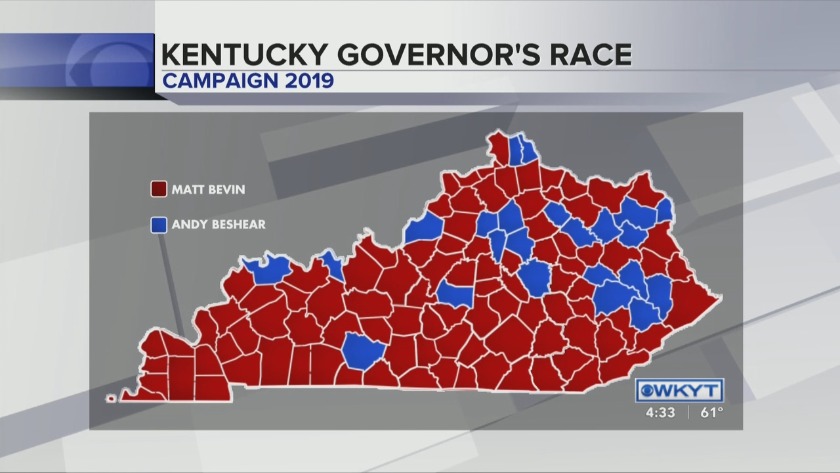 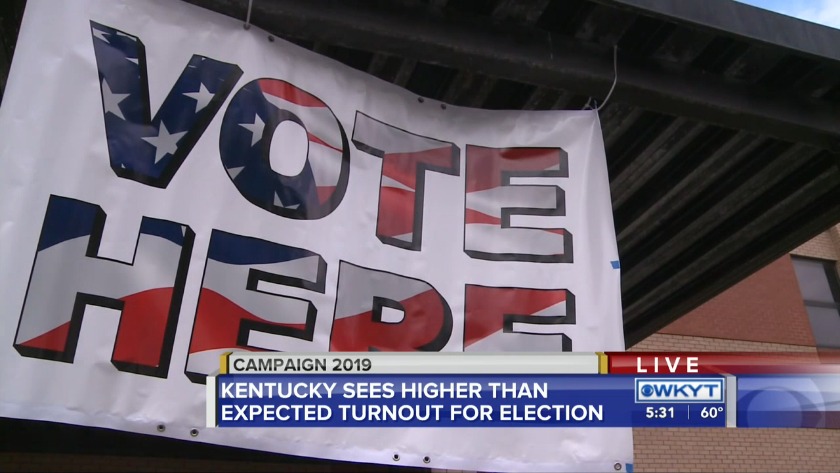 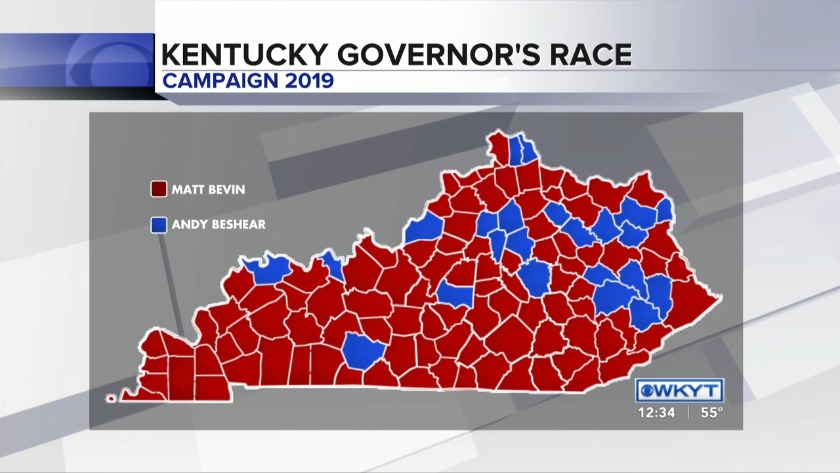 LEXINGTON, Ky. (WKYT) - The governor’s race proved to be one of the closest in Kentucky’s history, with challenger Andy Beshear ending up with a less than 1 percent lead over Governor Matt Bevin.

How many voters turned out in each county in Kentucky for the general election? (Photo by WKYT)

Gov. Bevin won 97 counties, compared to the 23 counties won by Beshear. Beshear’s lead in votes came, in great part, from winning the state’s two largest cities. In Jefferson County, which includes Louisville, Beshear won by nearly 99,000 votes, while in Lexington, he won by 36,000, winning about 65.5 percent of the votes there.

Close races between the candidates unfolded in Trigg, Metcalfe, Meade, Madison, Shelby, Scott, and Lawrence counties where there is a less than 5 percent difference in the number of registered Republicans and registered Democrats. Five of those counties voted for Bevin, while the two with the biggest populations, Scott and Madison, voted for Beshear.