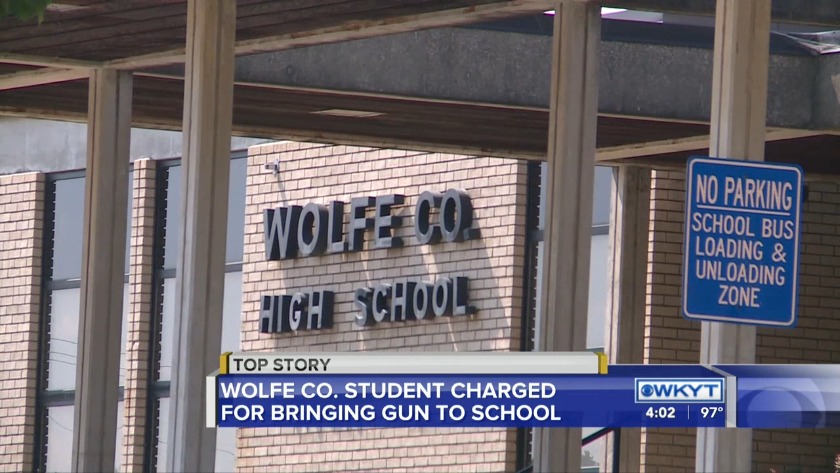 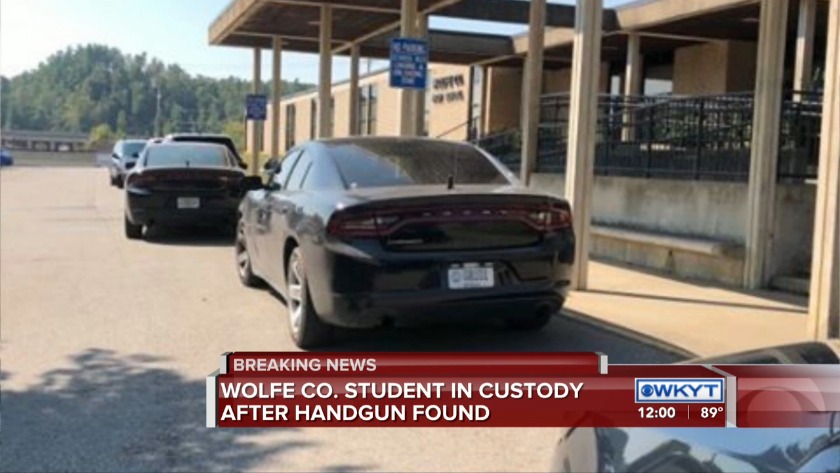 CAMPTON, Ky. (WKYT) - The Wolfe County Board of Education has announced a student is in custody after administrators found a handgun.

Authorities are at the scene of Wolfe County High School after a handgun was found on campus. (Submitted Photo)

Administrators received a tip of a possible weapon at the school Friday morning, and the handgun was confiscated within minutes from a backpack.

The student in custody is 16 years old. There is no indication the student was planning to harm anyone while at school.

The school district said it is confident all students are safe, but the school will remain on lockdown while law enforcement checks the school. Administrators are asking parents not to come to school while authorities continue checking the campus.

This is the second security incident at the school in recent weeks. Several students were charged with assault after a cafeteria fight in August. The school district hasn't drawn any connections to the two incidents.