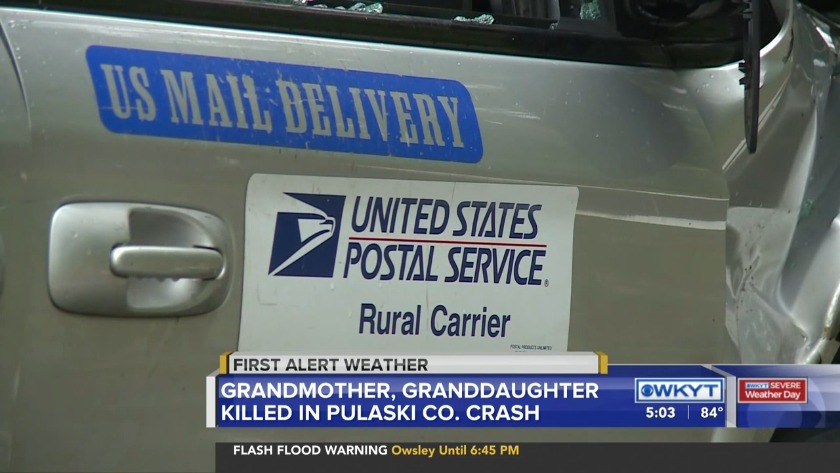 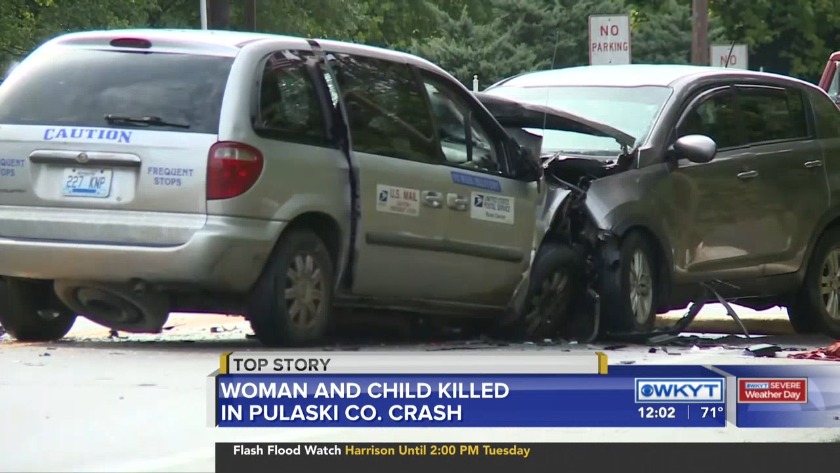 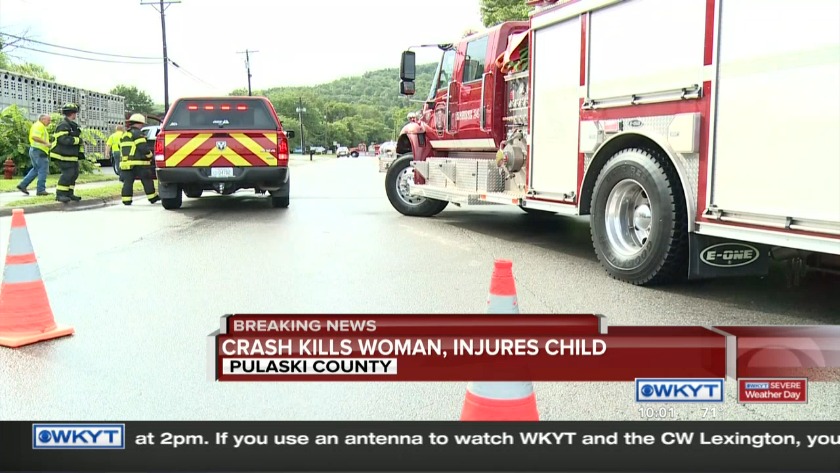 BURNSIDE, Ky. (WKYT) - The Pulaski County coroner says a woman and child are dead in a Monday morning crash.

At least one person is dead following a crash in Pulaski County. (Phil Pendleton/WKYT)

The crash happened on U.S. 27, near the Walnut Street intersection, in Burnside. Crews reopened the highway around 11:30 a.m.

Authorities believe the driver of a vehicle crossed into the opposite lanes, killing the two inside a postal vehicle.

The driver of the other vehicle was airlifted to UK Hospital with life-threatening injuries.

"Our hearts are with the family of Deanna Chaney and her granddaughter, Kyleigh. The Postal Service, particularly Deanna’s postal family at the Eubank Post Office, are deeply saddened by the news of their passing. We ask the community to join us as we pray for those affected by this tragic accident," The U.S. Postal Service said in a statement.

The U.S. Postal Service is providing assistance to employees in Eubank.

WKYT has a crew at the scene. This story will be updated.