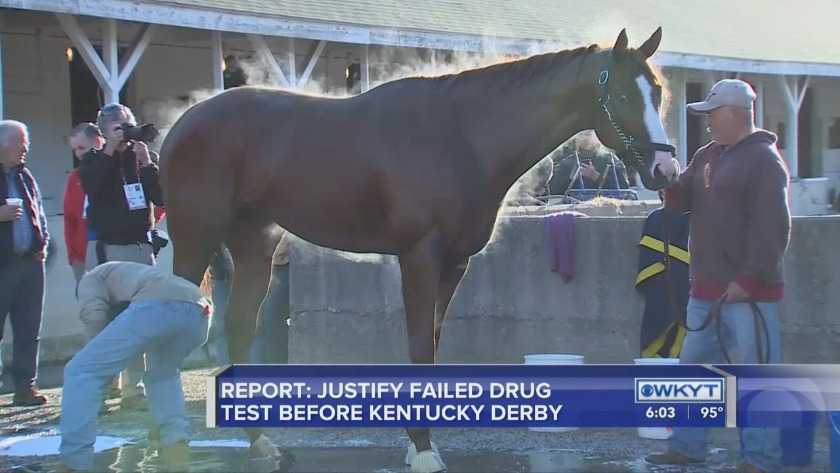 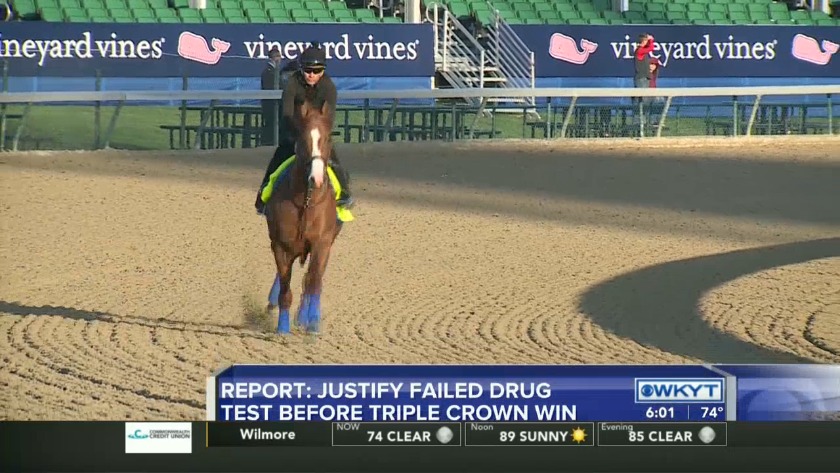 LEXINGTON, Ky. (WKYT) - The attorney for Hall of Fame trainer Bob Baffert has sent a letter to the New York Times calling its Wednesday report on Triple Crown-winning horse Justify's positive drug test before the Kentucky Derby "long on sensationalism."

The report states the thoroughbred tested positive for scopolamine, a banned performance-enhancer, after winning the Santa Anita Derby in April 2018.

The New York Times also reports Baffert was aware of the positive test before the Kentucky Derby win, and the horse shouldn't have run the race if rules were followed. The report also says California Horse Racing Board chairman Chuck Winner owns horses trained by Baffert.

Baffert released a statement Thursday afternoon saying he didn't have an impact on any decision made by California regulators.

“I unequivocally reject any implication that Scopolamine was ever intentionally administered to Justify, or any of my horses. Test results indicating trace amounts of the drug were undoubtedly the result of environmental contamination caused by the presence of Jimson Weed in feed, a naturally growing substance in areas where hay and straw are produced in California. In addition, I had no input into, or influence on, the decisions made by the California Horse Racing Board," Baffert said in a statement.

Baffert's attorney W. Craig Robinson III sent a letter to New York Times reporter Joe Drape saying there was no intentional administration of scopolamine, and he argued the substance wouldn't have a performance-enhancing effect. The Times report sources Dr. Rick Sams, formerly of the Kentucky Horse Racing Commission, who says scopolamine can clear a horse's airway and optimize its heart rate.

Robinson claims there is no doubt Justify tested positive because it can be found in jimson weed, which is grown where hay and straw are produced in California. The New York Times also stated regulators approached the case cautiously because of the possibility of the jimson weed being in the hay. He also said the trace amounts found in Justify wouldn't have an effect on the horse's performance. Sams disagreed with that statement in the Times report.

"Justify is the one of the finest horses I’ve had the privilege of training and by any standard is one of the greatest of all time. I am proud to stand by his record, and my own," Baffert said.

Churchill Downs released a statement Thursday saying Justify's pre and post-race tests came back clean, and neither the track nor the Kentucky Horse Racing Commission knew of the positive test from California.

Schultz powers Kentucky to first win of season over SEMO