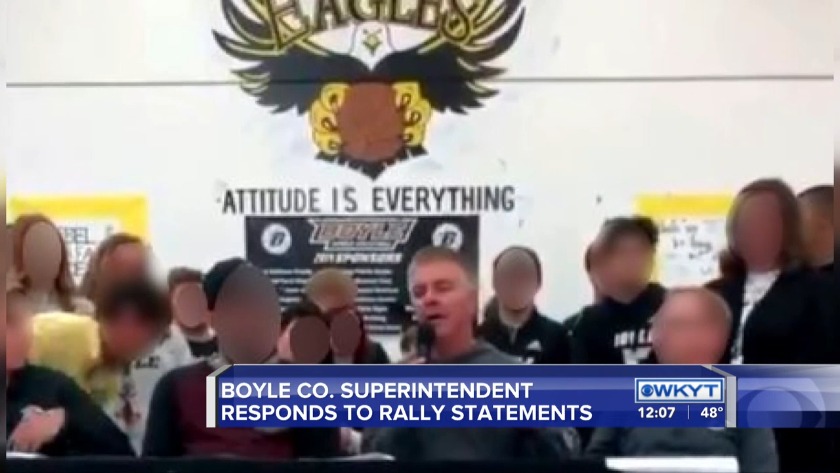 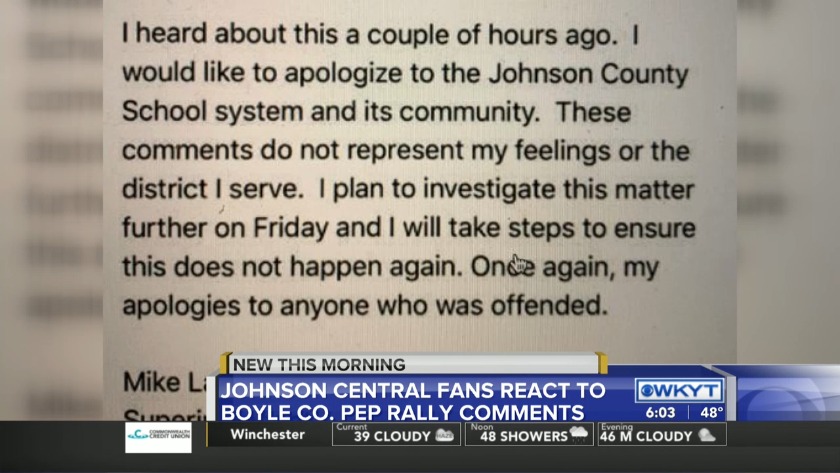 Several Johnson Central fans tagged WKYT in videos that appear to be from a football pep rally at Boyle County High School. Both teams will battle for the Class 4A state championship title on Saturday.

In the video, a man who appears to be a Boyle County school official was recorded saying, "A lot of people in Johnson Central can't even count to 100... I'm picking Boyle County 100 to zero."

The video has since been taken down.

I would like to sincerely apologize to the Johnson County School system and its community.

The comments made yesterday at the pep rally do not represent the values of the Boyle County School district.

I have reviewed the sensitivity of this matter with the employees involved, and they now understand that the comments they
made were hurtful and were not a good representation of the
district.

Again, I offer my apologies on behalf of the district.

Walter McCarty fired by the University of Evansville