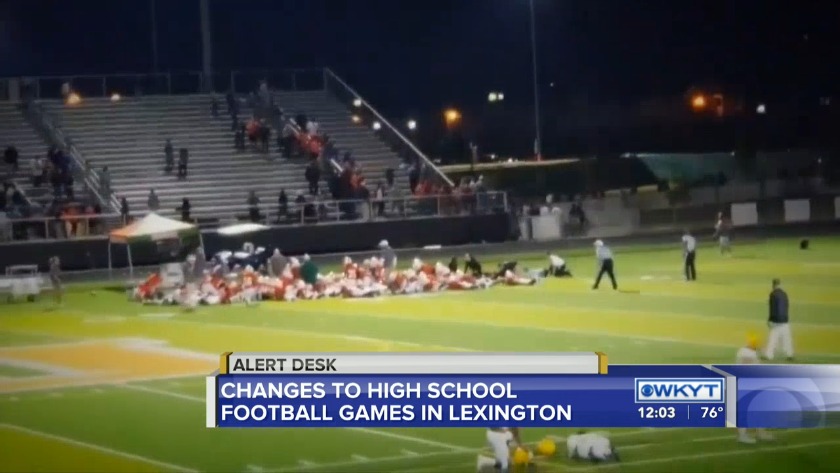 LEXINGTON, Ky. (WKYT) - Fayette County Public Schools has announced games between teams within the district will start at an earlier time.

The school district said the games will kick off at 6:30 p.m. instead of 7:30 p.m., and the early kickoff times will not affect games involving teams from other school districts.

This comes after the district said students created a panic by falsely claiming someone had a gun during the Frederick Douglass/Bryan Station game in August.

Spokeswoman Lisa Deffendall said the incident led to principals coming together to examine current practices and make other changes. Those changes include prohibiting students from bringing backpacks or large bags into athletic events and requiring someone younger than high school age to be accompanied by an adult. People are also not permitted to bring in outside food or beverage.

All of the changes go into effect Friday when Frederick Douglass plays at Lafayette.

Schultz powers Kentucky to first win of season over SEMO