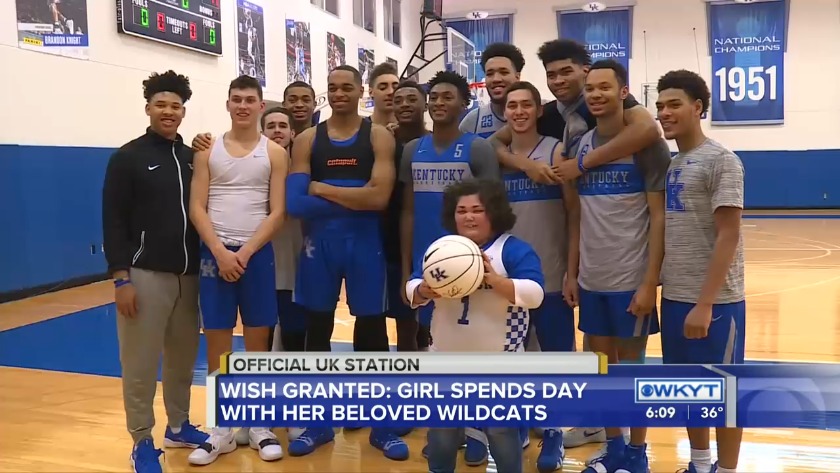 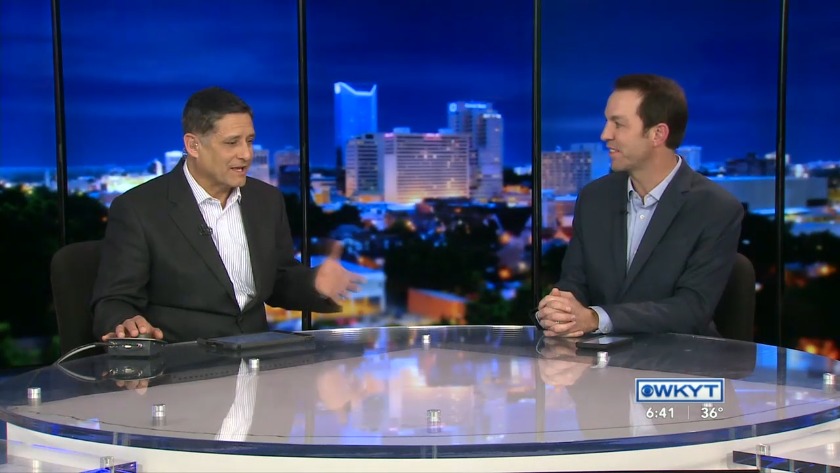 LEXINGTON, Ky. (WKYT) - In Kentucky, basketball is king, and no team is bigger than the Kentucky Wildcats. One of the Wildcats biggest fans is 19-year-old Kaylee Campbell. She knows every player by name and refuses to pick a favorite. The Mays Lick, Kentucky native almost never misses watching a game.

"Kaylee will go back and watch recorded games probably to the point if it was on tape, they would break in half," said Kaylee's dad Tad Campbell.

Kaylee was born with Kabuki Syndrome, a pediatric congenital disorder that affects multiple parts of the body, affecting roughly one in 32,000 births.

"When she was born they questioned whether she would walk or talk," Tad Campbell said. "It's kind of a collective group of different anomalies and we were treating each one of those anomalies separately, and I think she was almost ten before we actually got a clear diagnosis that she had Kabuki."

Life expectancy for a person with Kabuki Syndrome is based upon how well the symptoms are treated, managed and dealt with.

"She sees 13 specialists at Cincinnati Children's Hospital, plus she sees two specialist here at UK at their hospital here," said Kaylee's mom Missy Campbell. "So we're busy going to doctors appointments and keeping things going the way they need to be."

Many times it's UK basketball that gets her through the tough times and hospital visits.

"If she's having tests done at the hospital, that's all she wants to do," said Missy Campbell. "She will take her iPad and get past recording's and find them on YouTube and sit and watched them to entertain herself."

Recently through a wish from Make-A-Wish, Kaylee and her family visited Lexington for a wish of a lifetime. Kaylee had the opportunity to meet UK coach John Calipari and watch her favorite team practice the day before a game against UNC-Greensboro. The players even gave her a personalized jersey that they all signed.

The following day, Kaylee and her family had seats right behind the Kentucky bench for the game. The day finishes with a Kentucky win, wrapping up an incredible weekend Kaylee will never forget.

When we walked off the floor, Kaylee was waiting for us to congratulate our guys on a hard-fought win. We had a great weekend with Kaylee and her family. Thank you for setting this up, @MakeAWish. pic.twitter.com/BPLrmKYbmh