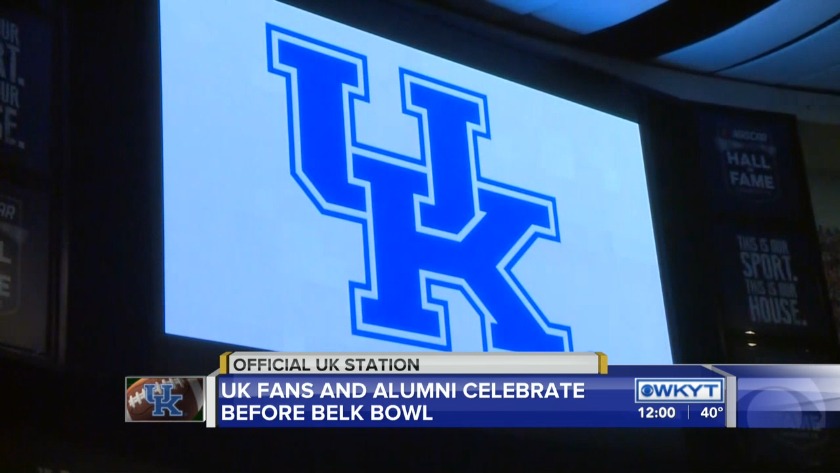 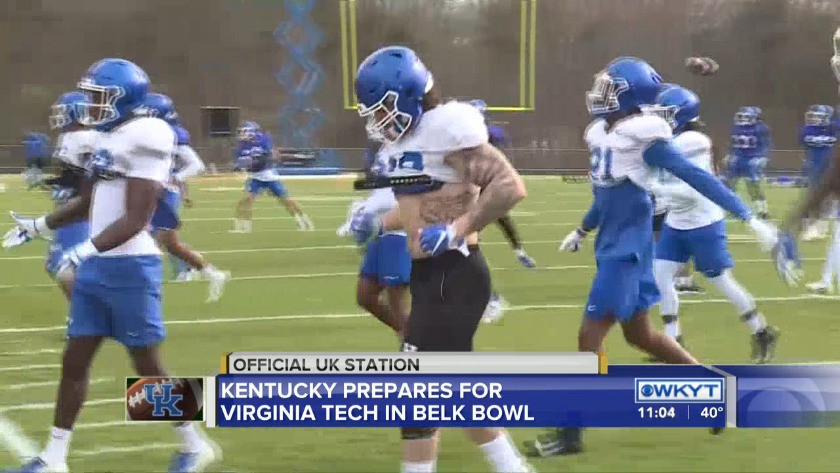 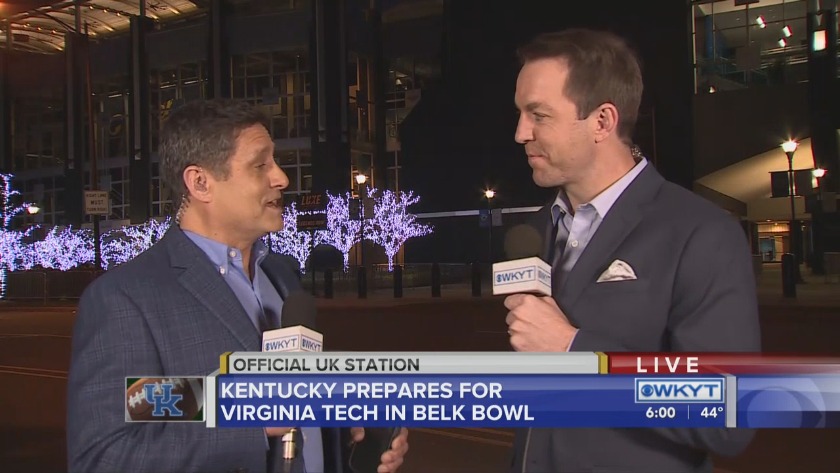 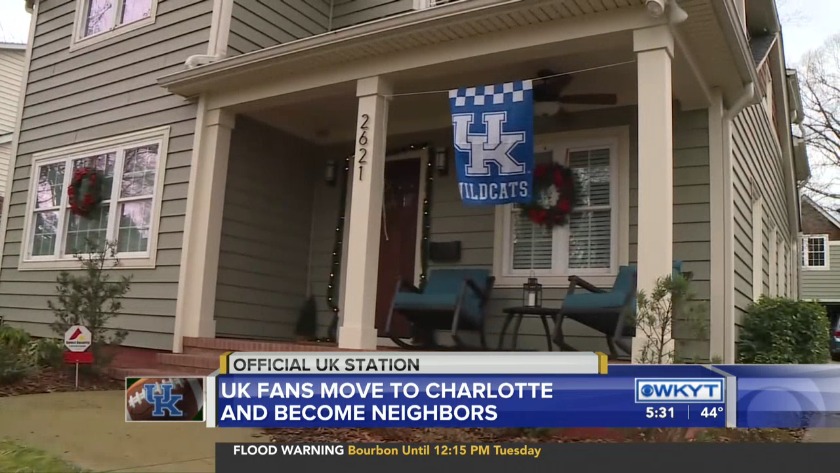 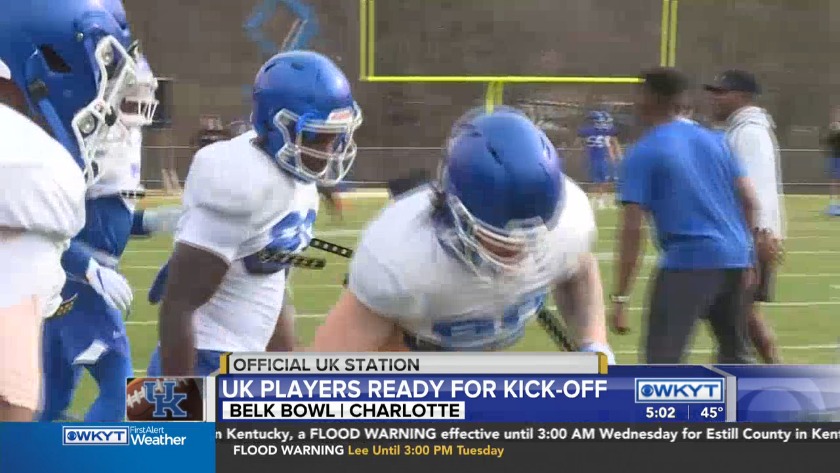 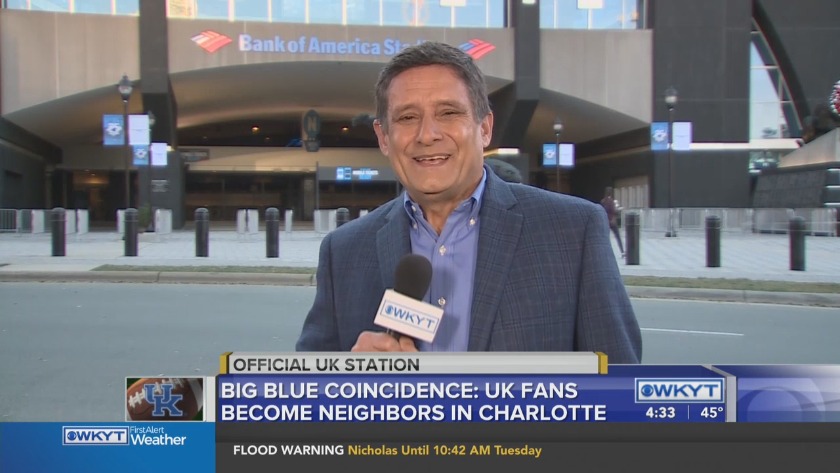 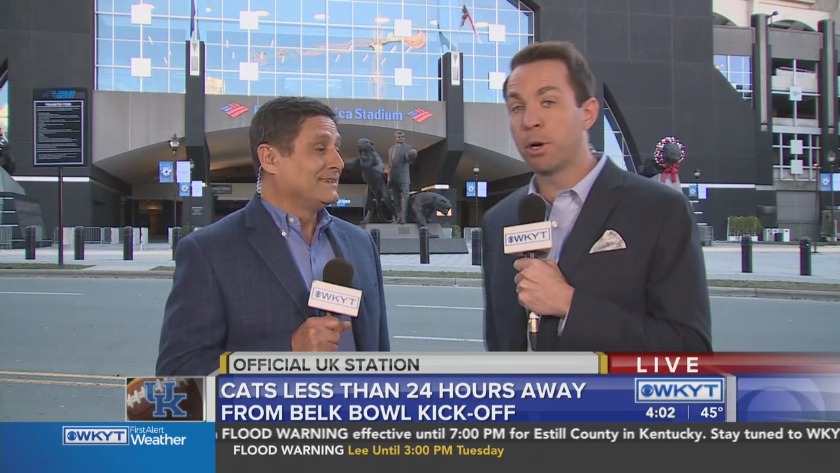 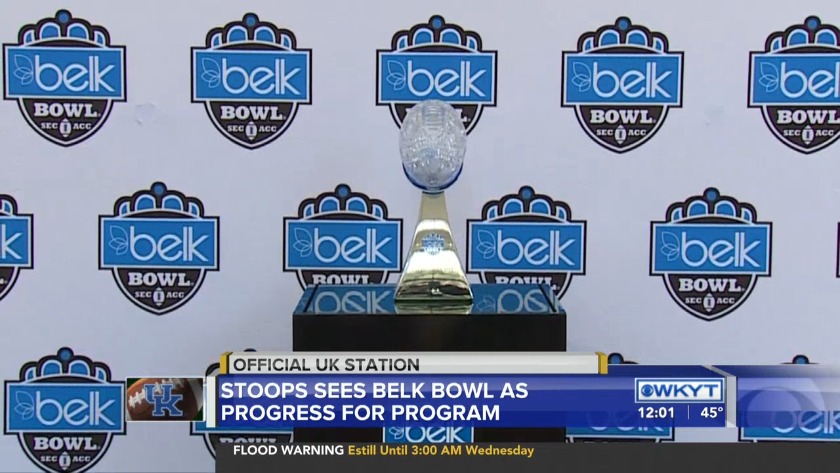 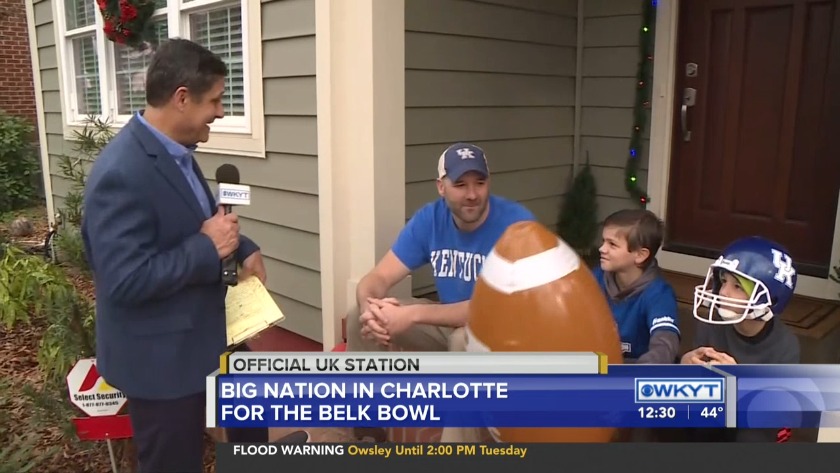 WATCH Wildcats ready for the Hokies in the Belk Bowl

Stoops has led the Cats to four straight postseason games and has the opportunity to win back-to-back bowl games.

That's only been done twice in Kentucky Football history. Rich Brooks won postseason games in 2006 and 2007, and the iconic Bear Bryant did the same in 1951 and 1952.

From the first day Stoops began his career at Kentucky, he's talked about changing the culture.

“It's another step. It's just constantly another step. You know with us the amount of work that goes into 12 guaranteed regular-season games, and then one here in the bowl game, so every opportunity means a great deal to us," said Stoops. "And we're trying to keep that positive momentum going with our program."

The Wildcats will take on Virginia Tech at noon Tuesday on ESPN.

Senior Linebacker Kash Daniel said getting a win over the Hokies would be the icing on the cake for the season.

“Before Coach Stoops got here or in his first couple of years here, if you put those teams in the same adversity as we are right now, I don't think those teams would be here," said Daniel. "But because of the culture change and the mindset change, just because one or two bad things happened, we're not going to let this derail the whole season.”

Like in most big games, it could come down to defense in the Belk Bowl. The Wildcats haven't lost the turnover battle in its last five games.

The Cats are 4-2 overall when forcing two or more takeaways this season. Meanwhile, Virginia Tech has lost 14 fumbles this season, meaning the Wildcats' defense could have a real opportunity Tuesday afternoon to impact the game.

“The turnover battle is always crucial in any game," Kentucky defensive end Calvin Taylor said. "To steal a possession for our offense and get some more points, that’s always important. You know that’s always what we try to do as a defense, you know, win the third down battle and create turnovers is always what we go out to do and eliminate explosives and plan always to every game.”

WKYT is getting fans ready for the bowl game with The Belk Bowl: Bring It. The hour-long special airs at 6:30 p.m. on the CW Lexington.