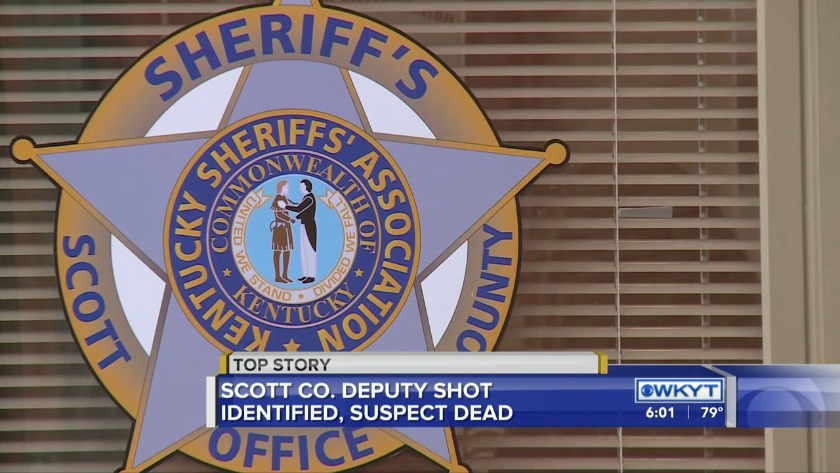 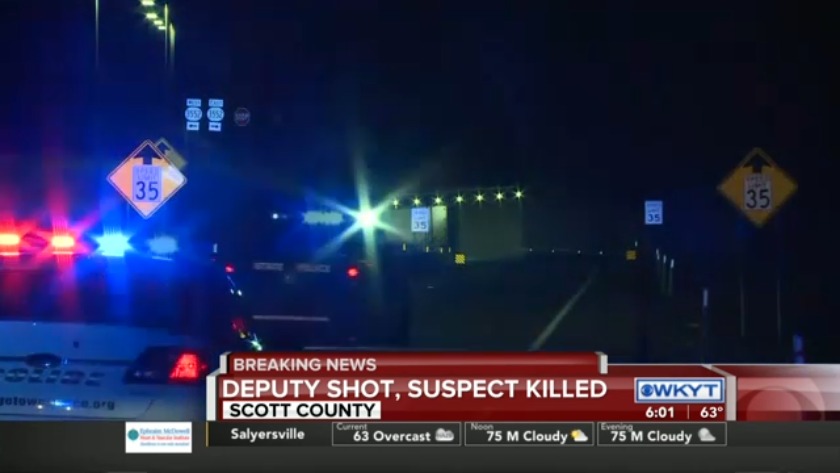 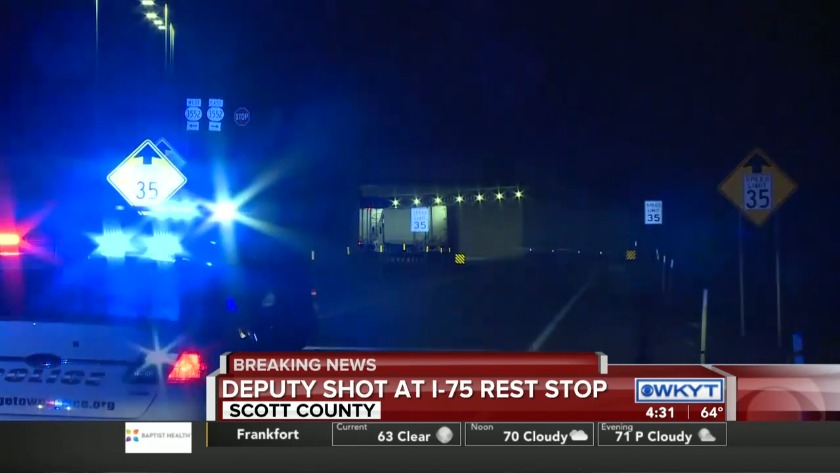 The deputy, identified as Jaime Morales, was rushed to UK Hospital. He underwent surgery and is listed in critical condition. Sheriff Tony Hampton said during a Wednesday afternoon news conference that Morales is stable, but he was shot one time near the back.

Deputies say they found Edward Reynolds, 57, at the rest stop. The FBI says Reynolds was believed to be a serial Florida bank robber who was wanted out of Sarasota.

The Scott County Georgetown Special Response Team tried to make contact with Reynolds and then confronted him. They say that's when Reynolds fired shots.

Reynolds was pronounced dead at the scene by the Scott County Coroner.

Morales has been a Scott County deputy for more than two years. Morales served in the Marines before beginning his law enforcement career.

Scott Co. Sheriff Tony Hampton says Deputy Jamie Morales, 28, is in critical but stable condition, undergoing his second surgery at UK Hospital. Morales has been with dept for 2.5 years, served in Marines before that. Sheriff says Morales was shot one time near the back.