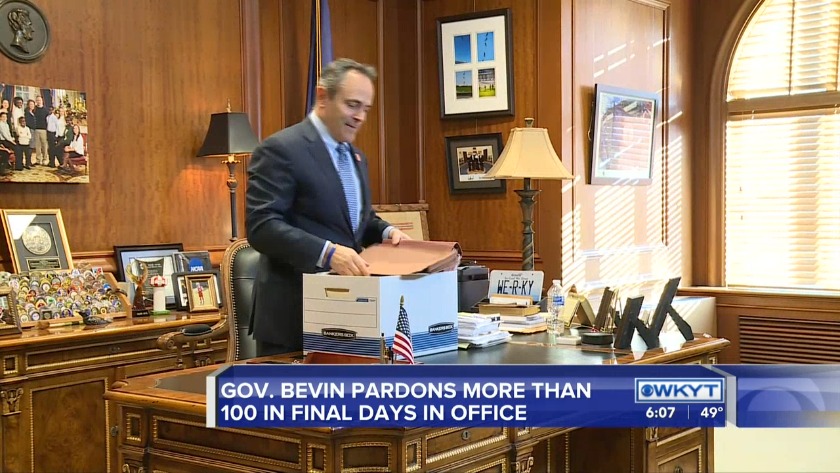 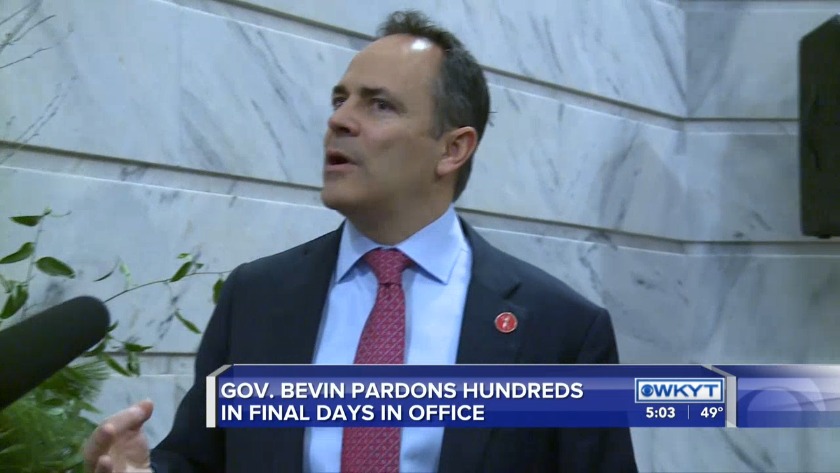 Several of those involve murder cases, including some in Lexington.

"My first thought was, 'Do the victims know about this?' In the case of Kurt Smith, who was convicted by a Fayette County jury of wanton murder and sentenced to life, he killed his infant child, shook the child, threw the child to the ground," said Red Corn. "With the stroke of a pen, his sentence has been erased. The fact that he killed a child has been erased."

Smith was convicted in 2002 of wanton murder in the death of his 6-week-old son.

Bevin pardoned one man found guilty of double murder in the killing of a pastor and his wife in Lincoln County.

He pardoned several others convicted of murder, including one case of a deadly home invasion in Knox County.

In 2017 Patrick Brian Baker was sent to prison for reckless homicide, robbery, impersonating a peace officer, and tampering with physical evidence, but he's now a free man.

It took years for the victim's family to find justice.

"It took us four years to get everything completely finished. With all the defendants in the case," said Melinda Mills, the sister of Donald Mills killed in the home invasion.

Bevin referred to the evidence against Baker as sketchy in his pardon.

A photo from the Corbin News Journal shows Bevin at the home of Eric Baker, Patrick's brother, in July of 2018.

The Louisville Courier Journal reported that political fundraiser raised more than $20,000 for Bevin.

"My exact words for Matt Bevin: I know he's out of office, but he can rot in hell. That's exactly how we feel about him," said Melinda Mills.

There are not many stipulations on who the governor can pardon. Section 77 of Kentucky's constitution grants the governor the power to pardon, except in cases of treason against the state.

Former governors have recognized a seven-year waiting period from the end of a sentence before granting pardons, but that's a preference, not state law. The governor can only grant a partial pardon to a person with federal or out-of-state charges.