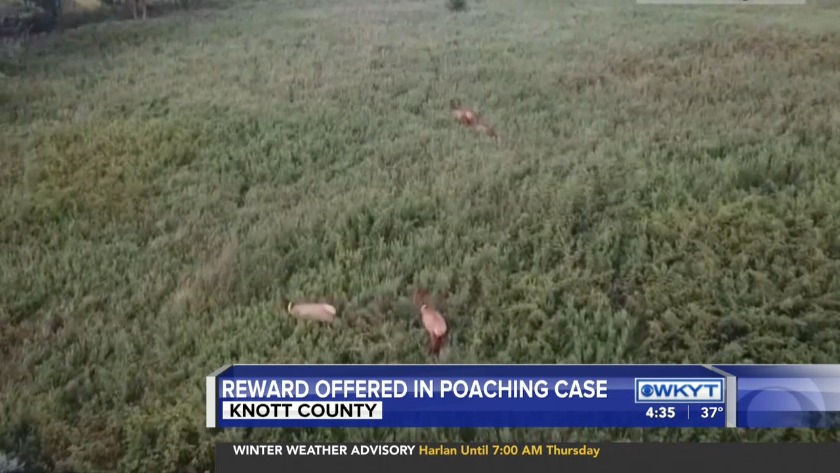 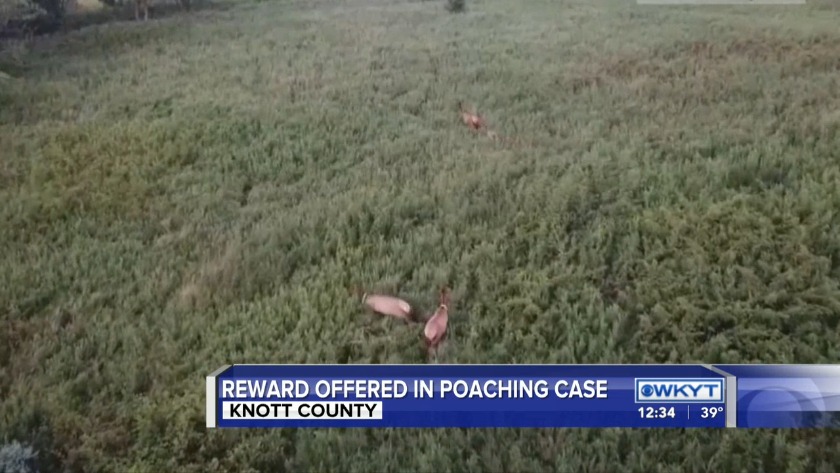 BALL CREEK, Ky. (WKYT) – The Department of Fish & Wildlife Resources wants to know who is responsible for two bull elk found dead last week and has raised a reward from $4,000 to $6,000 for information leading to an arrest and conviction.

The reward is now $6,000 for information leading to an arrest and conviction. (Photo: Kentucky Department of Fish and Wildlife Resources)

The animals were found dead in the Ball Creek area of Knott County last Thursday. Officials describe the act as selfish and said that the killing has effects beyond the two lost lives.

“These elk belong to everybody and they’re a valuable resource to the Commonwealth,” says Captain Andrew Suit. “We’re going to vigorously pursue whoever is responsible for these selfish acts.”

Kentucky has the largest elk population east of the Rocky Mountains and they’re free to roam in a 16-county Elk Zone in eastern Kentucky.

Captain Suit says with hunting season over this killing was already illegal, but the manner in which the animals were killed gets to him.

"Nothing had been taken from them; no meat was utilized, the antlers weren’t taken, so this just looks like a selfish, reckless, irresponsible breaking of the law,” says Captain Suit.